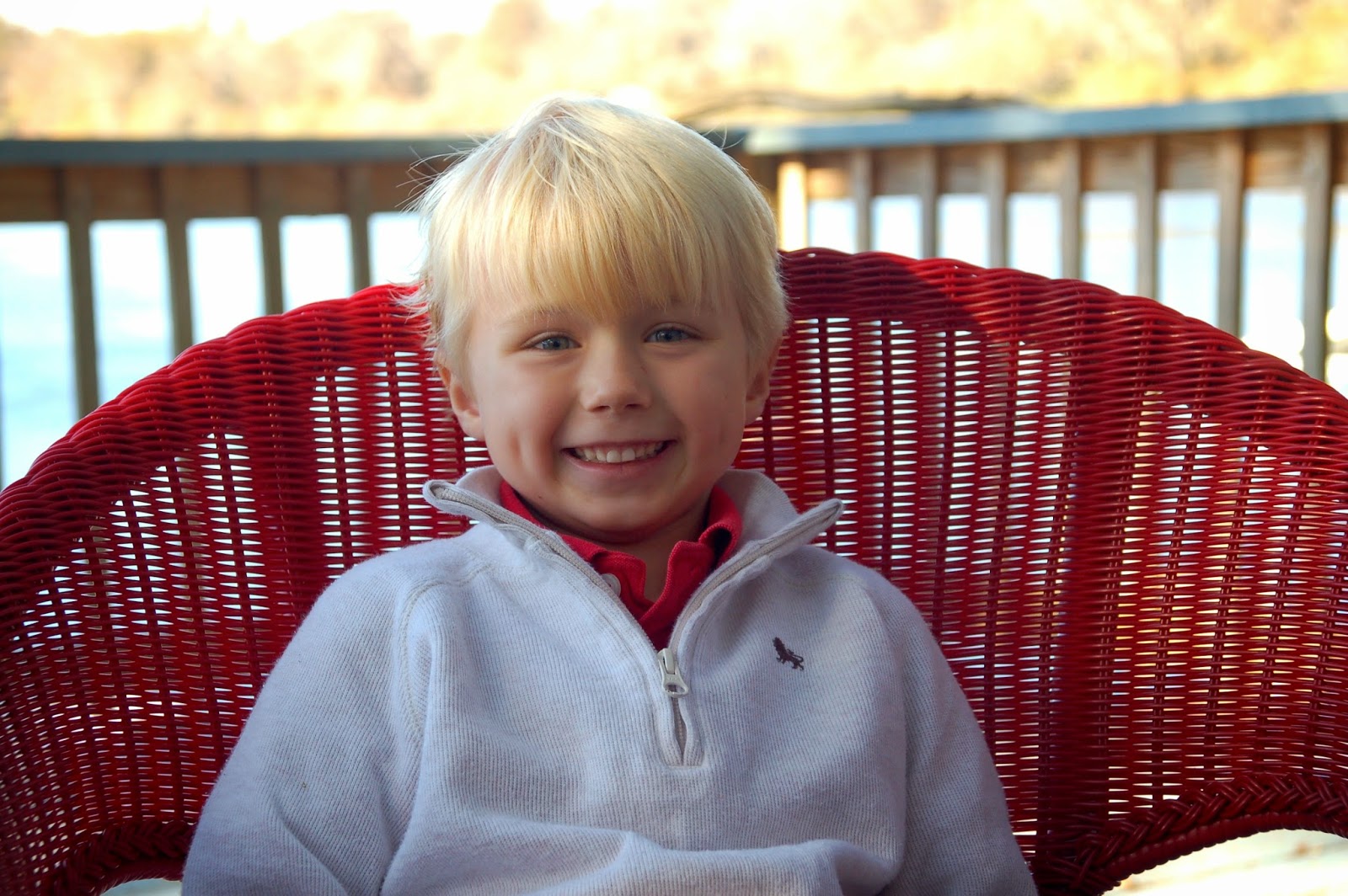 Halloween 2014- Frozen Sisters and The Ninja

So- we've had birthdays, first days of school, moved to Atlanta... yes, I'm VERY behind on the blog. But, gotta jump back in sometime, so my cuties at Halloween seemed a good place to start!! :)

October 31, 2014- Halloween
This was the year mommy finally lost... no more coordinated outfits, no more homemade ideas, no more originality. This year we were- literally- dressed up the same as thousands of other trick or treaters. 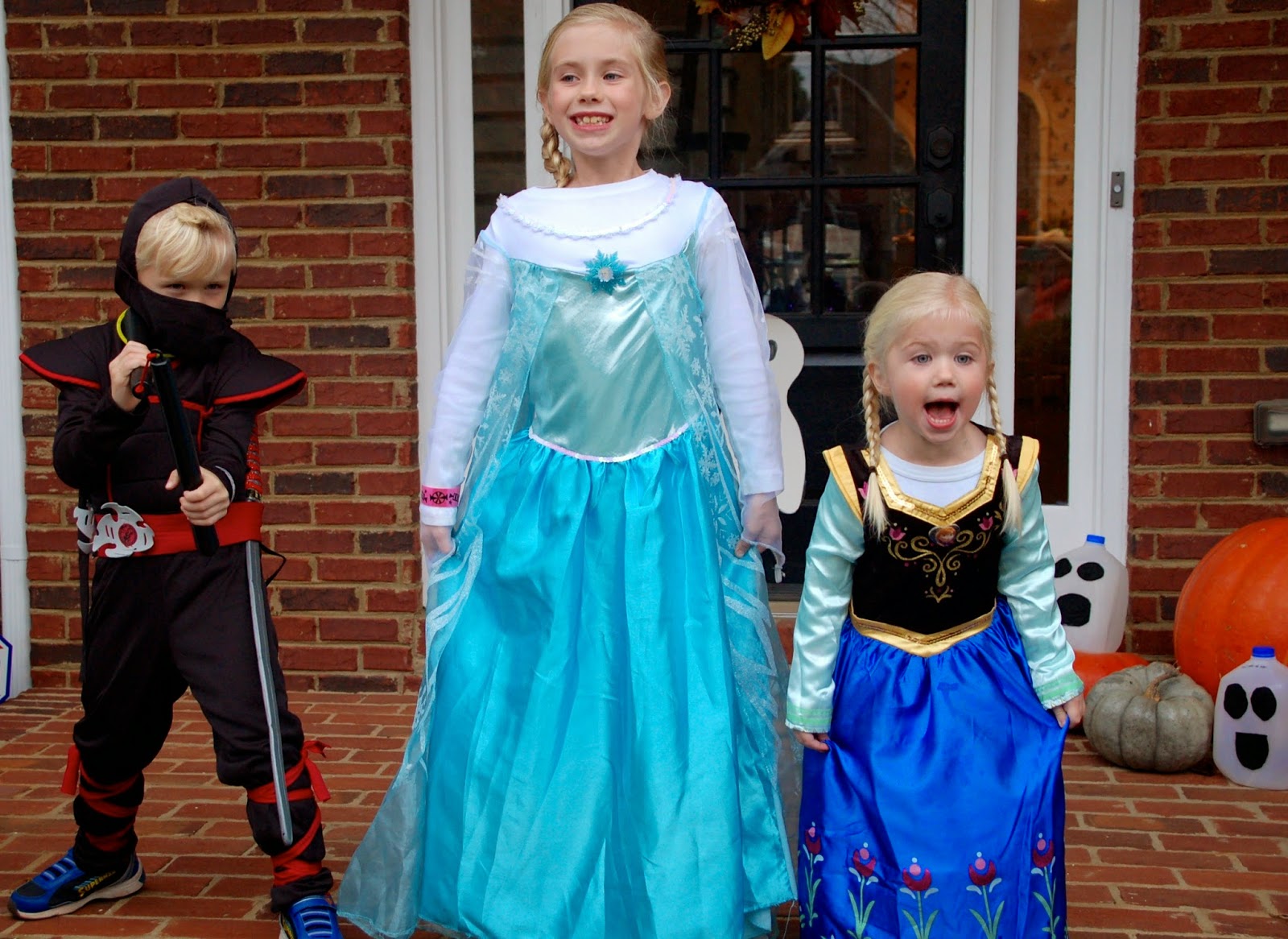 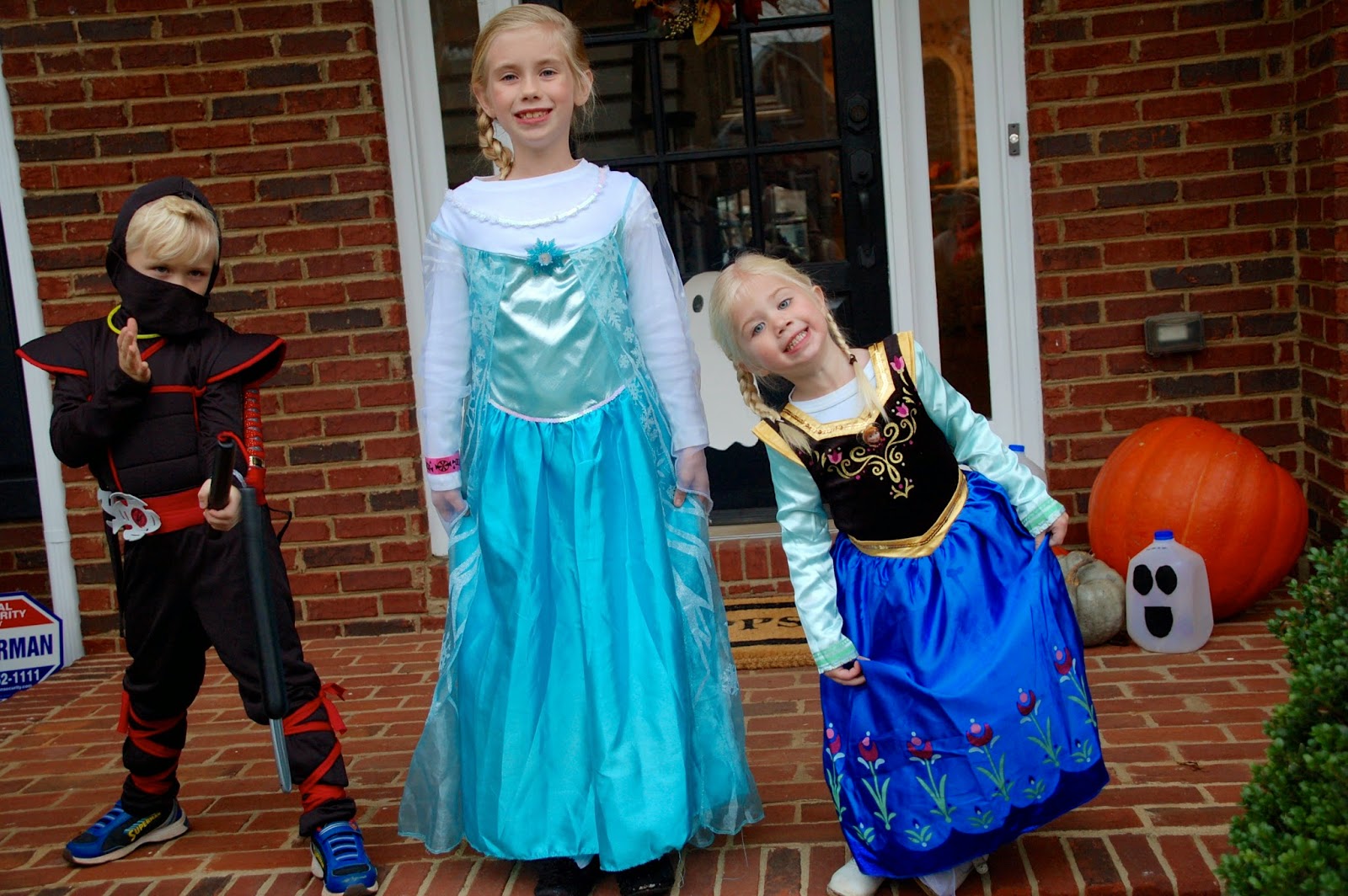 Cue up the shots! (You heard of that game, right?! Take a shot every time Elsa and Anna trick or treat at your door... would make for a crazy night with all the Elsa's and Anna's running around this Halloween!!) 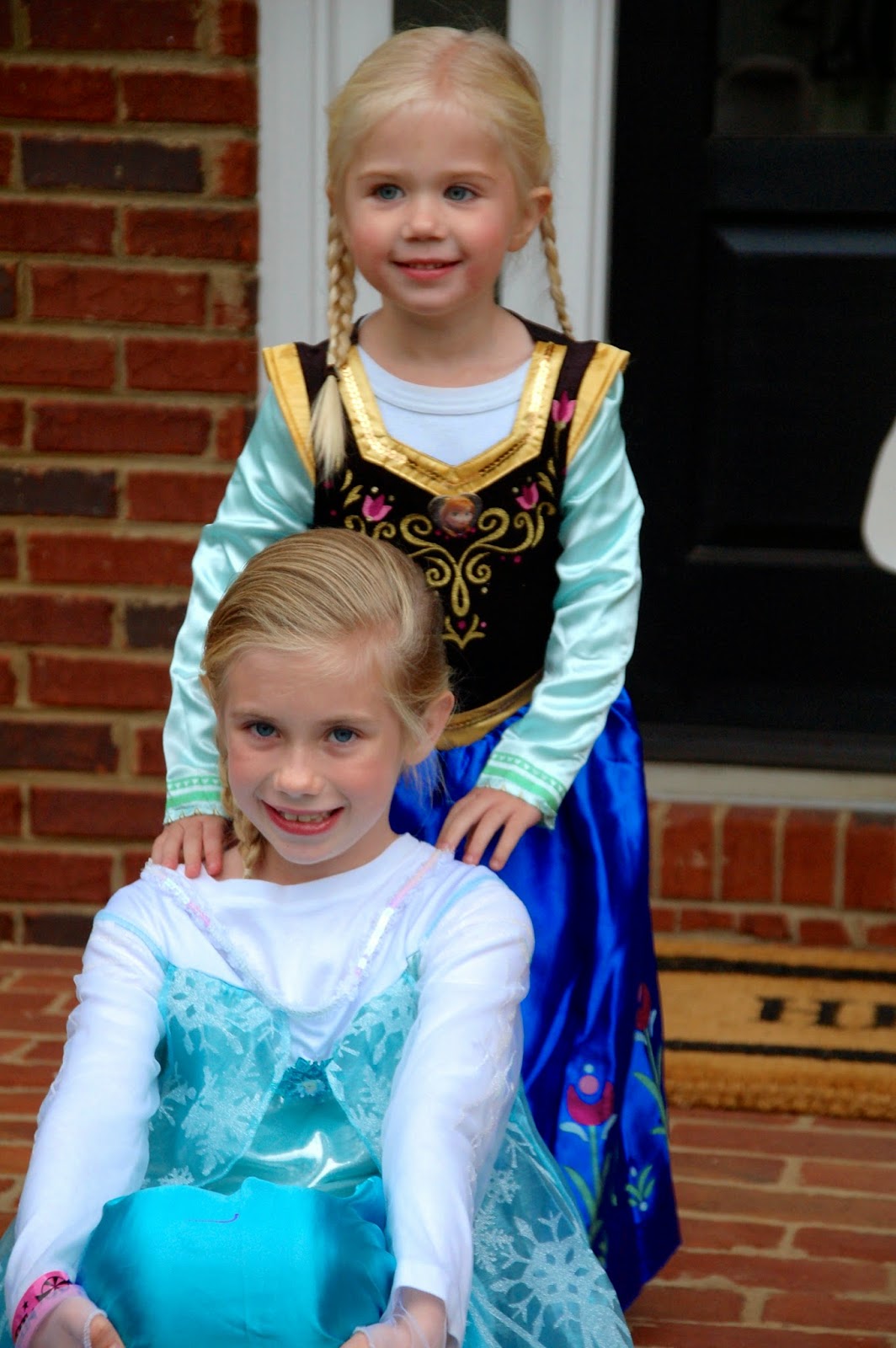 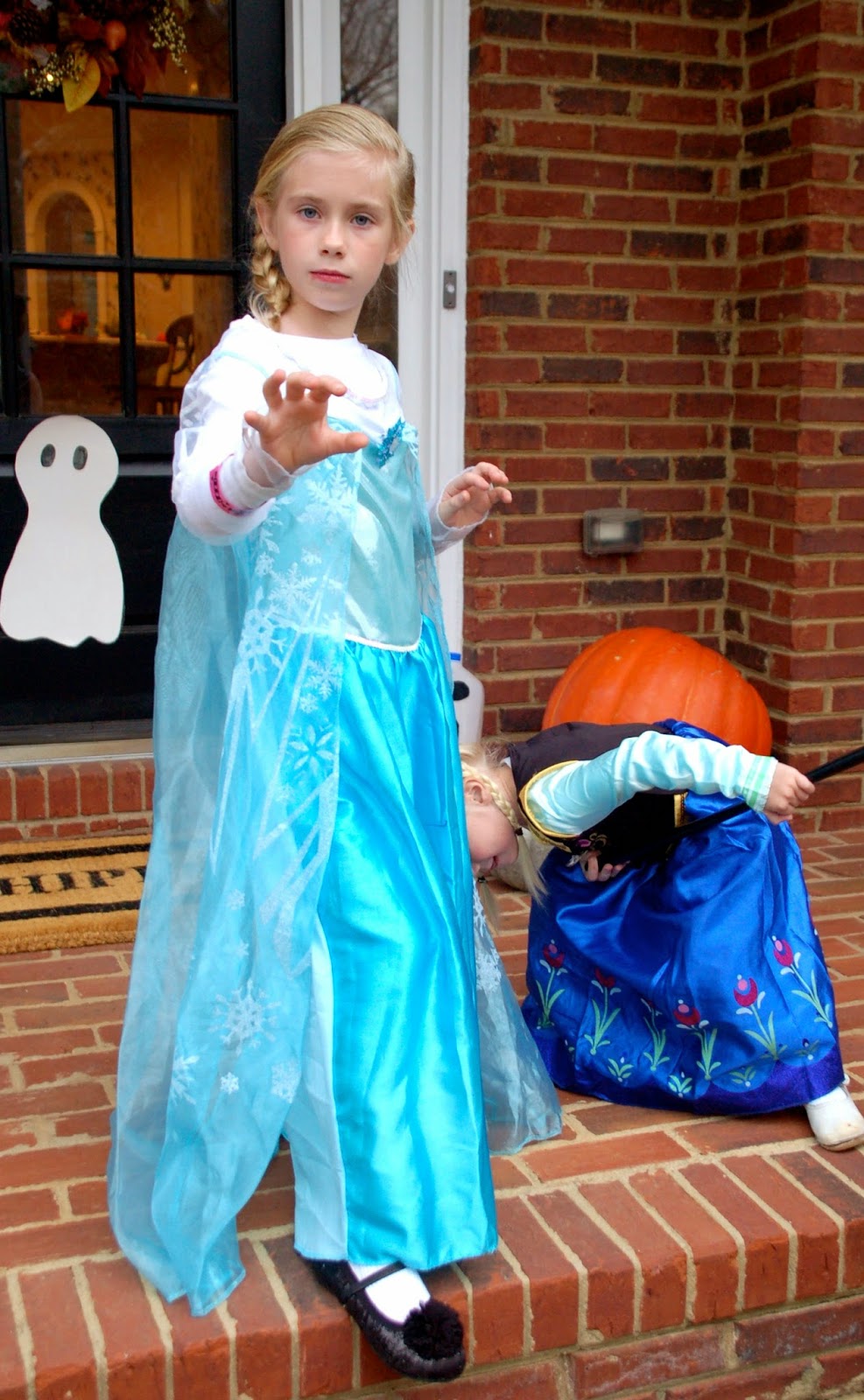 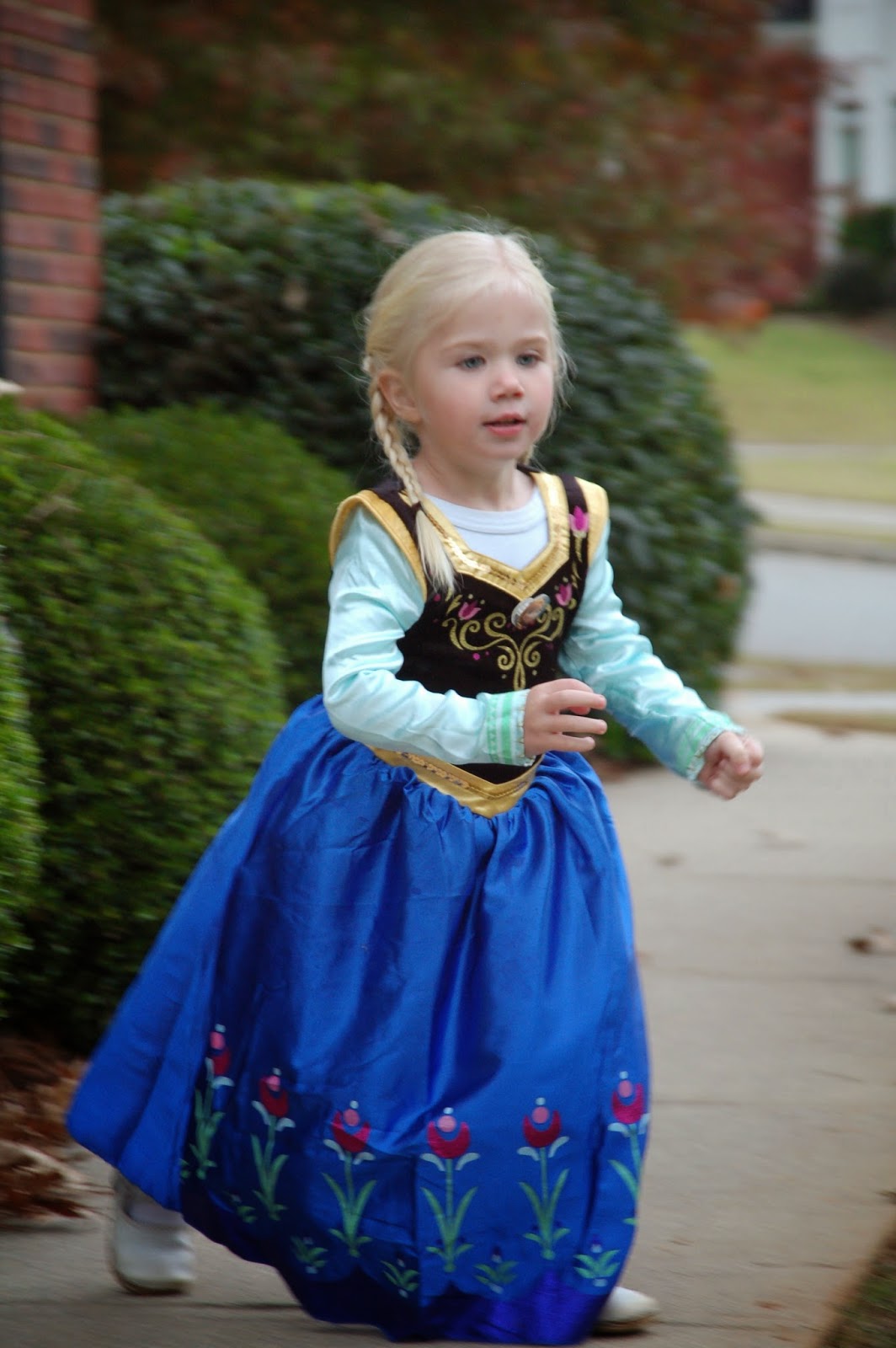 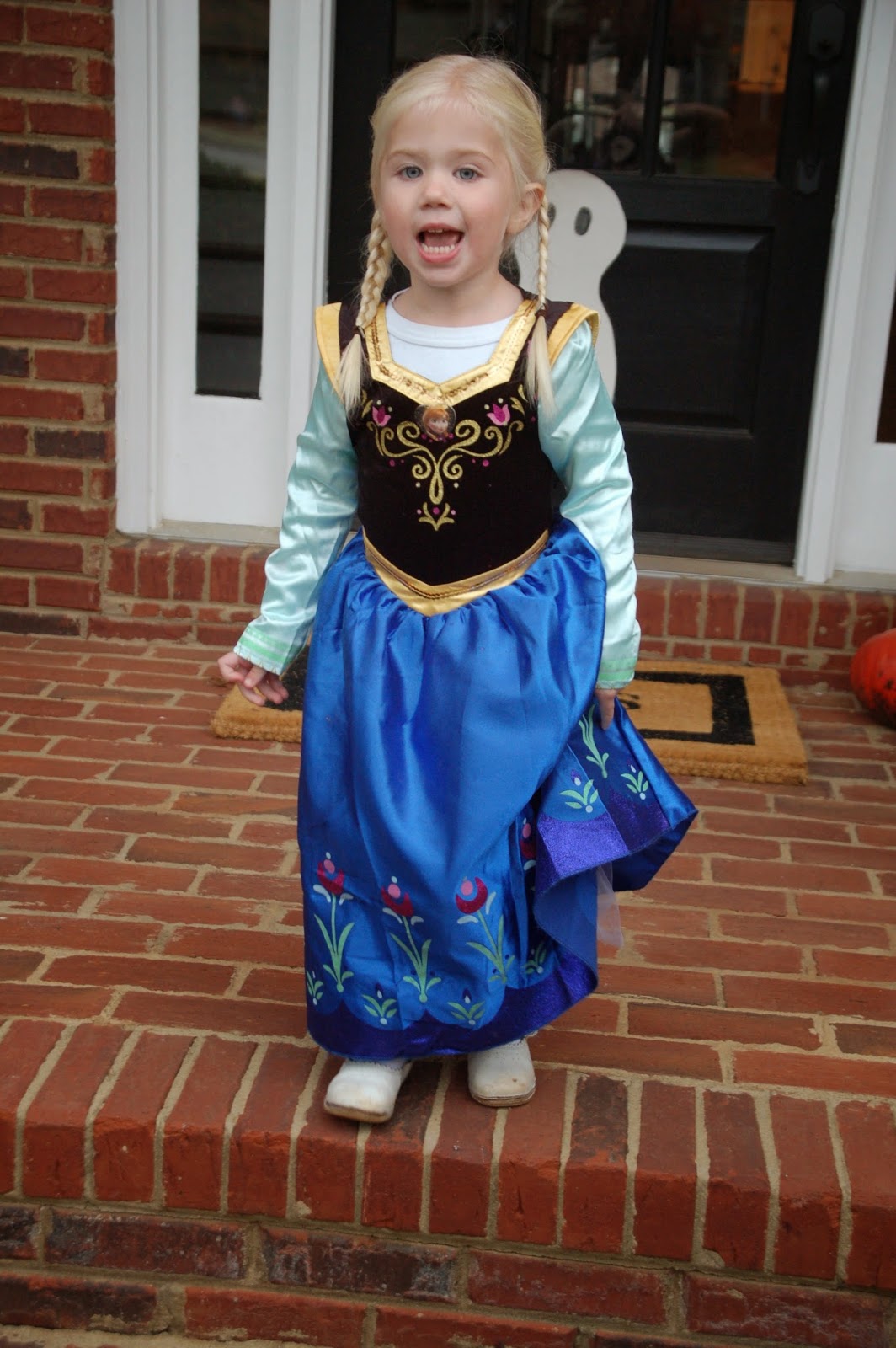 And a Ninja. Lincoln wins a couple points bc he opted for "stealth Ninja" over "Ninja Turtle"... but that's only bc the Ninja Turtle costume at Party City was way big and way itchy! 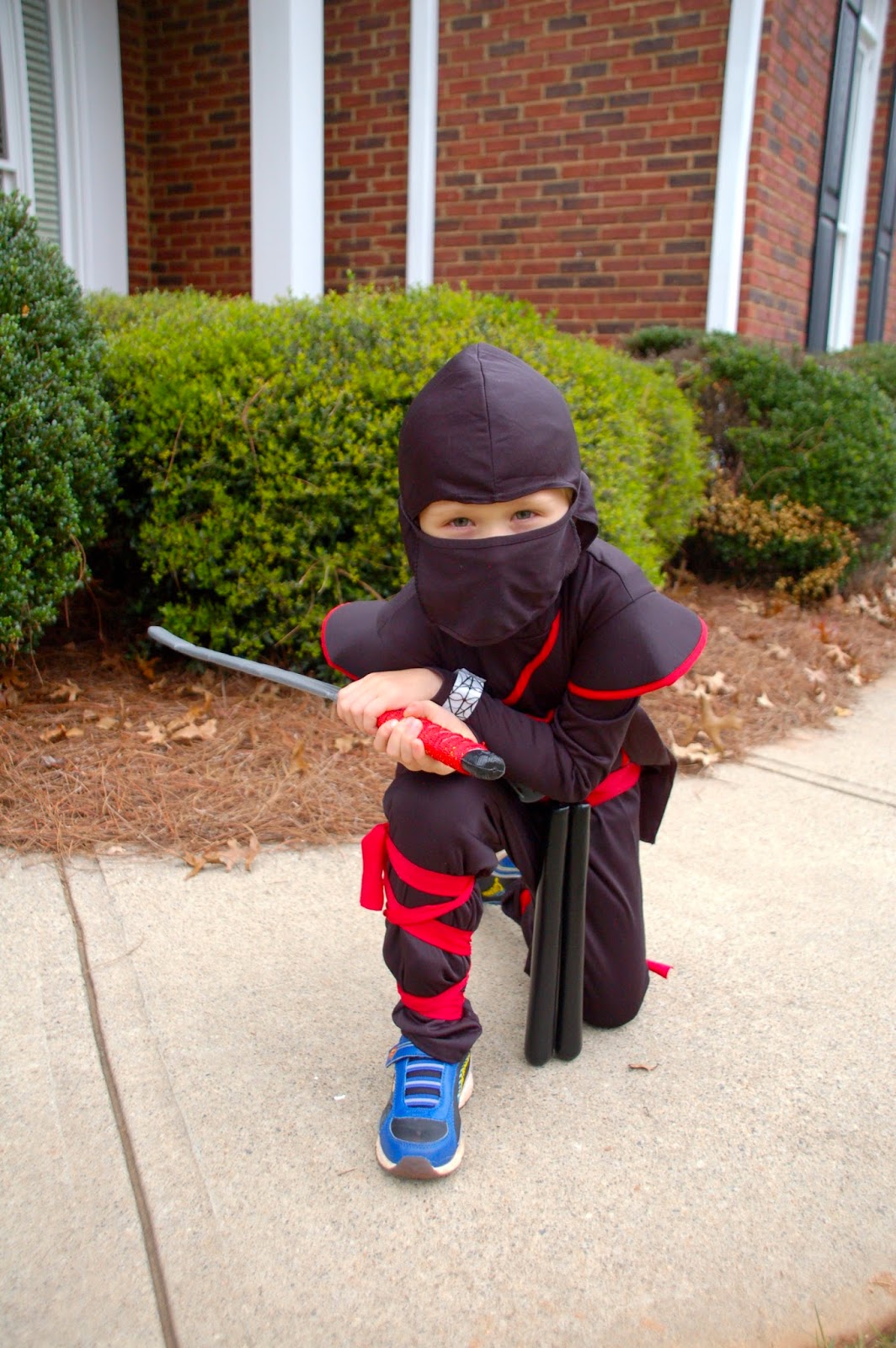 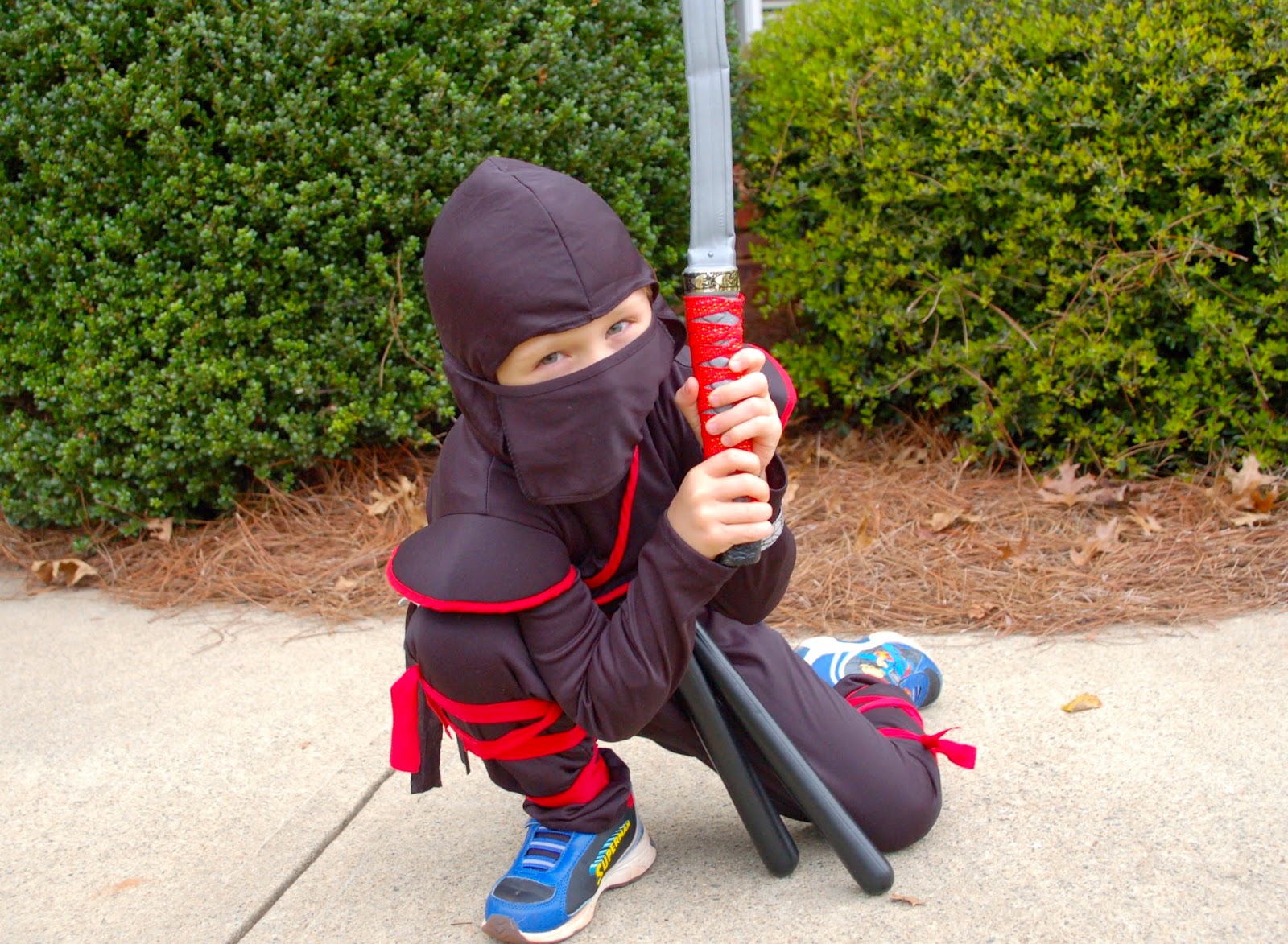 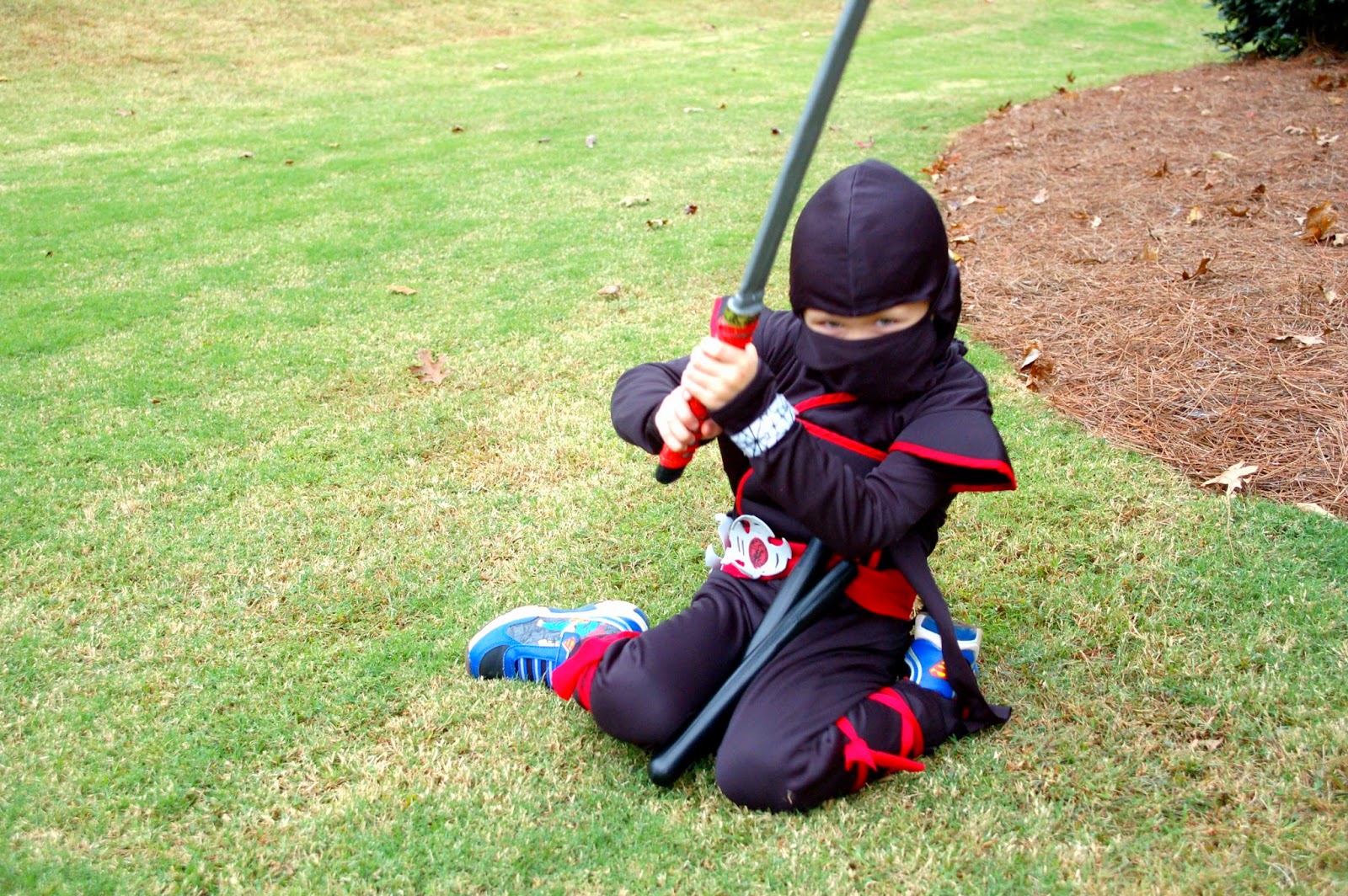 At the last minute I decided to join in the dressing up, so I pinned some felt "buttons" on my white puffer vest, wore white pants and tied an orange party hat around my nose... Olaf! And I DO like warm hugs from my girls :) 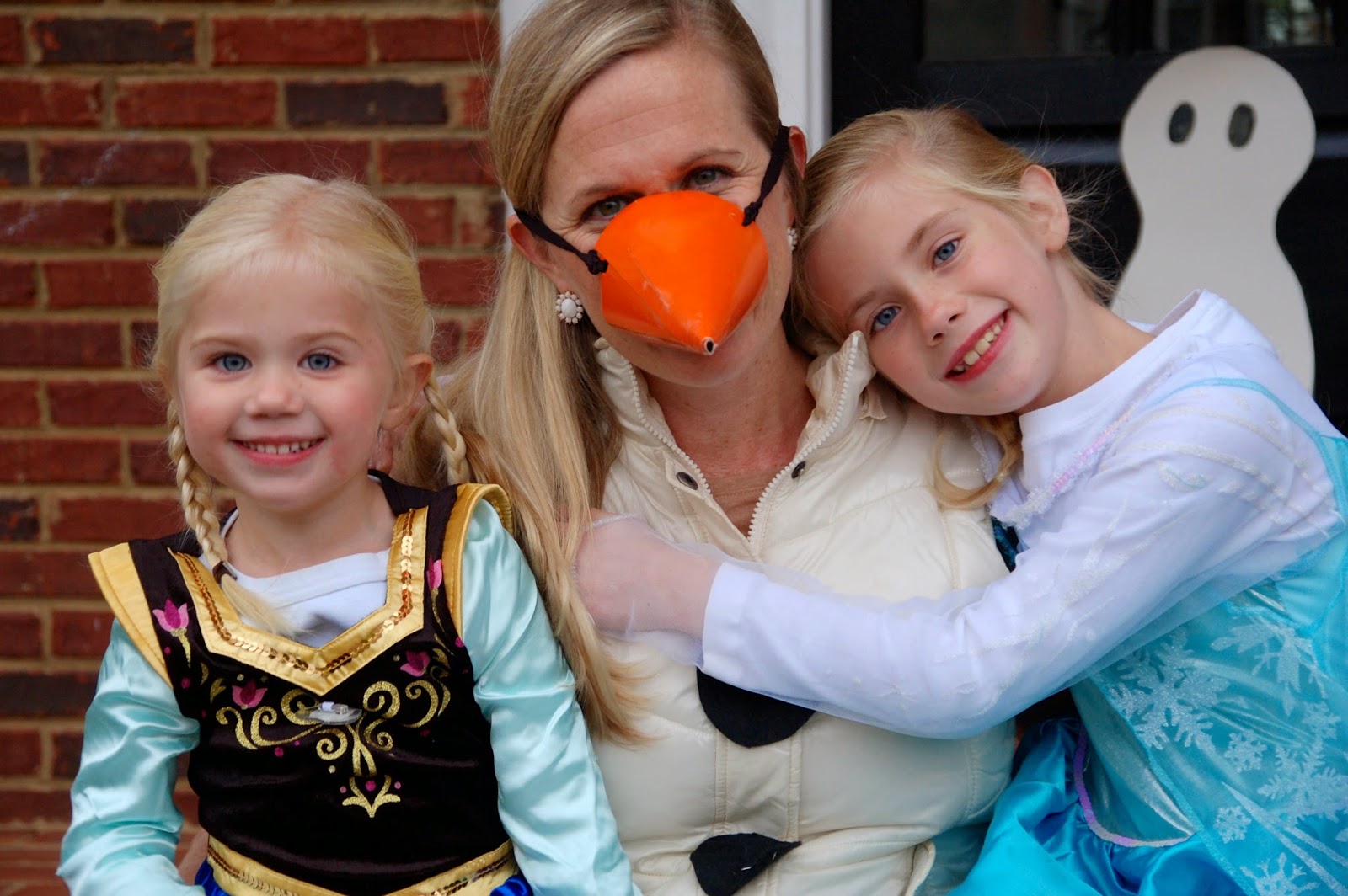 So, as it got dark and the kids started racing door to door for trick or treating, I realized I'd made a major costuming mistake- do you see Lincoln in the picture below?? No... that's because a Stealth Ninja is dressed to be invisible in the dark... like when trick or treating.... swathed in black from head to toe. So- if your kid wants to be a Ninja, I recommend the kind of Ninja that wears WHITE, not Black... very lucky we didn't lose that boy that night! 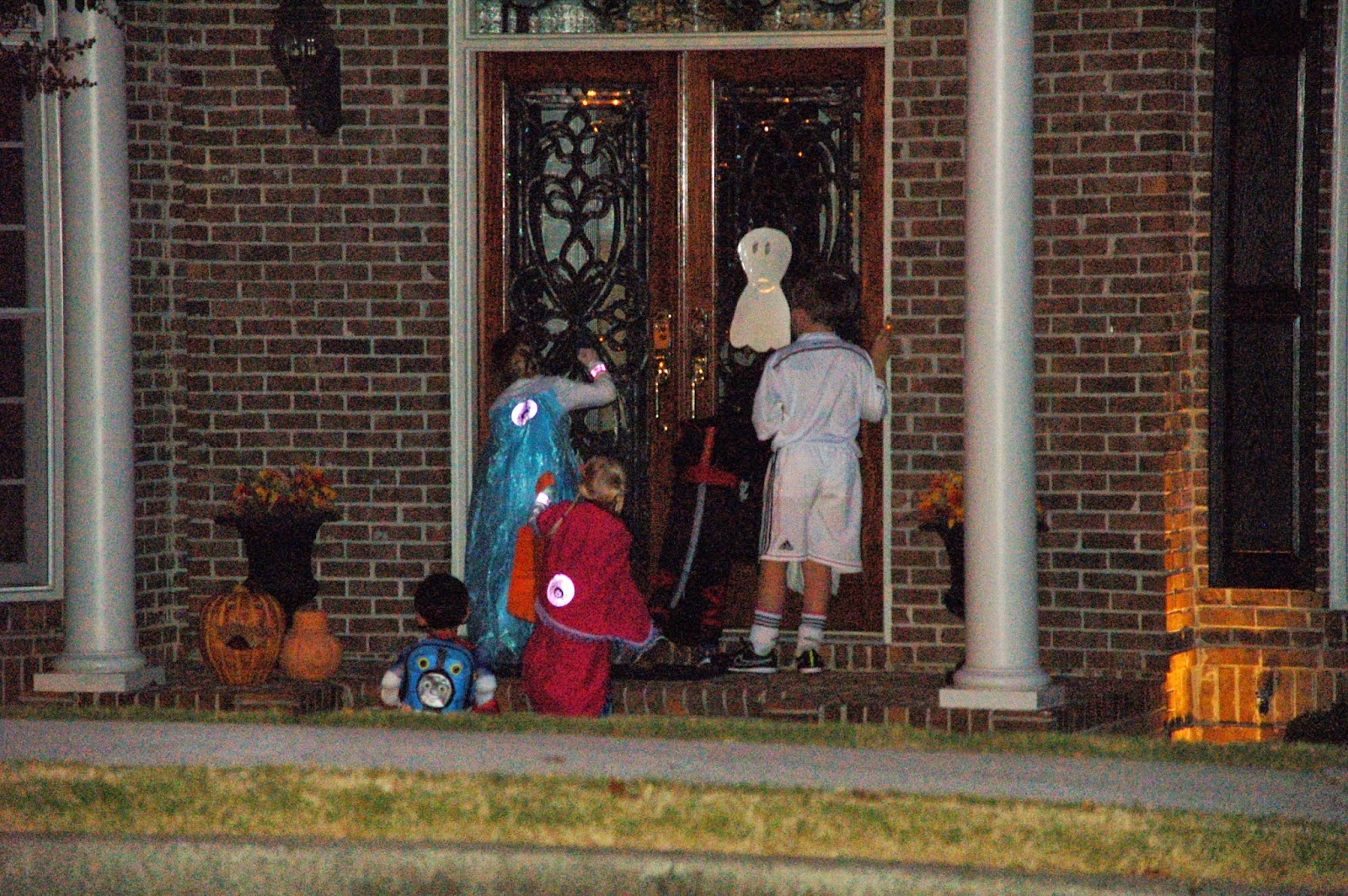 Racing door to door... thankfully our new neighborhood has lots of cul de sacs, so we parents could basically stand in the middle of the circle while the kids did a loop, and not get left in the candy-dust! 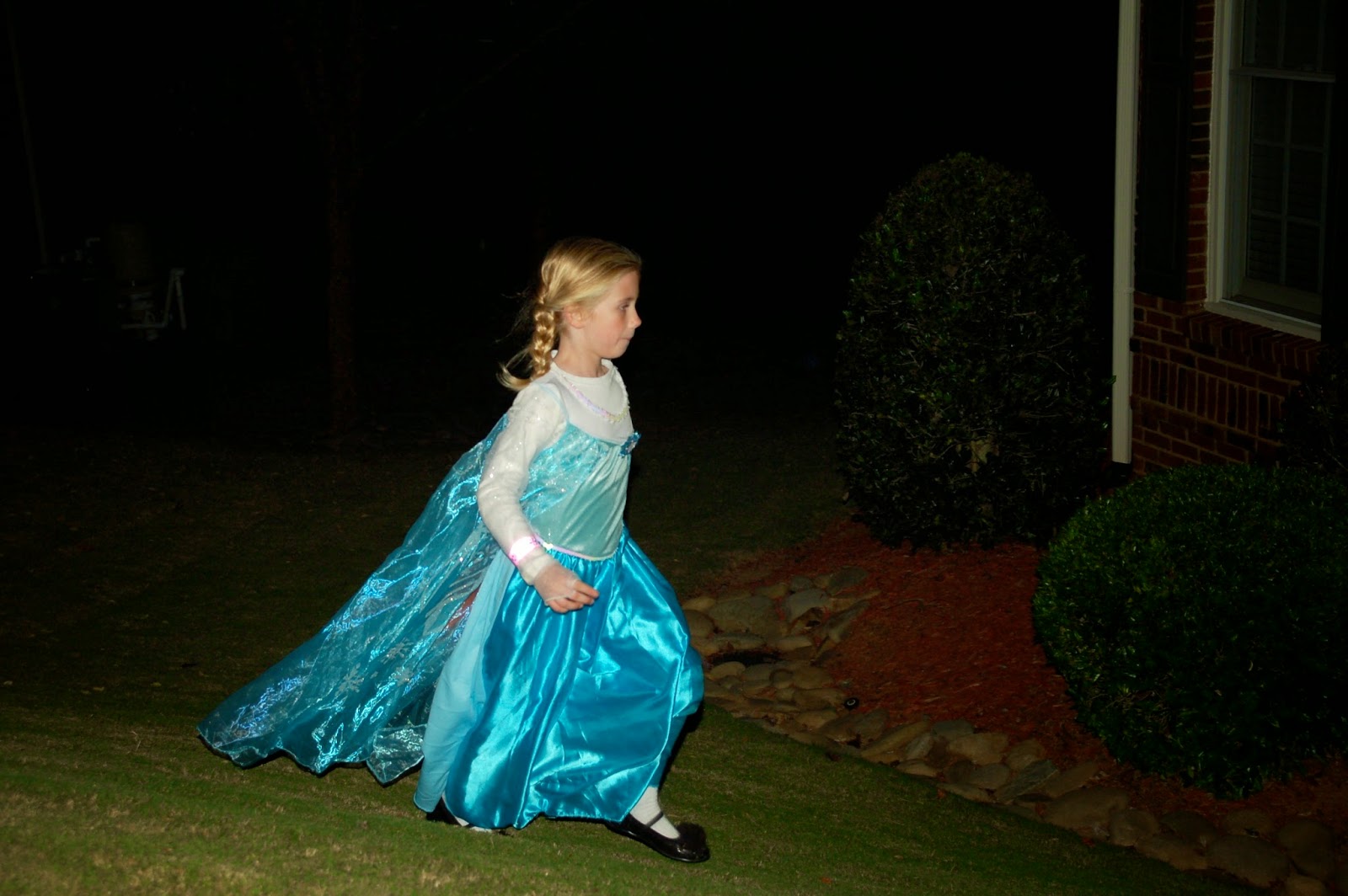 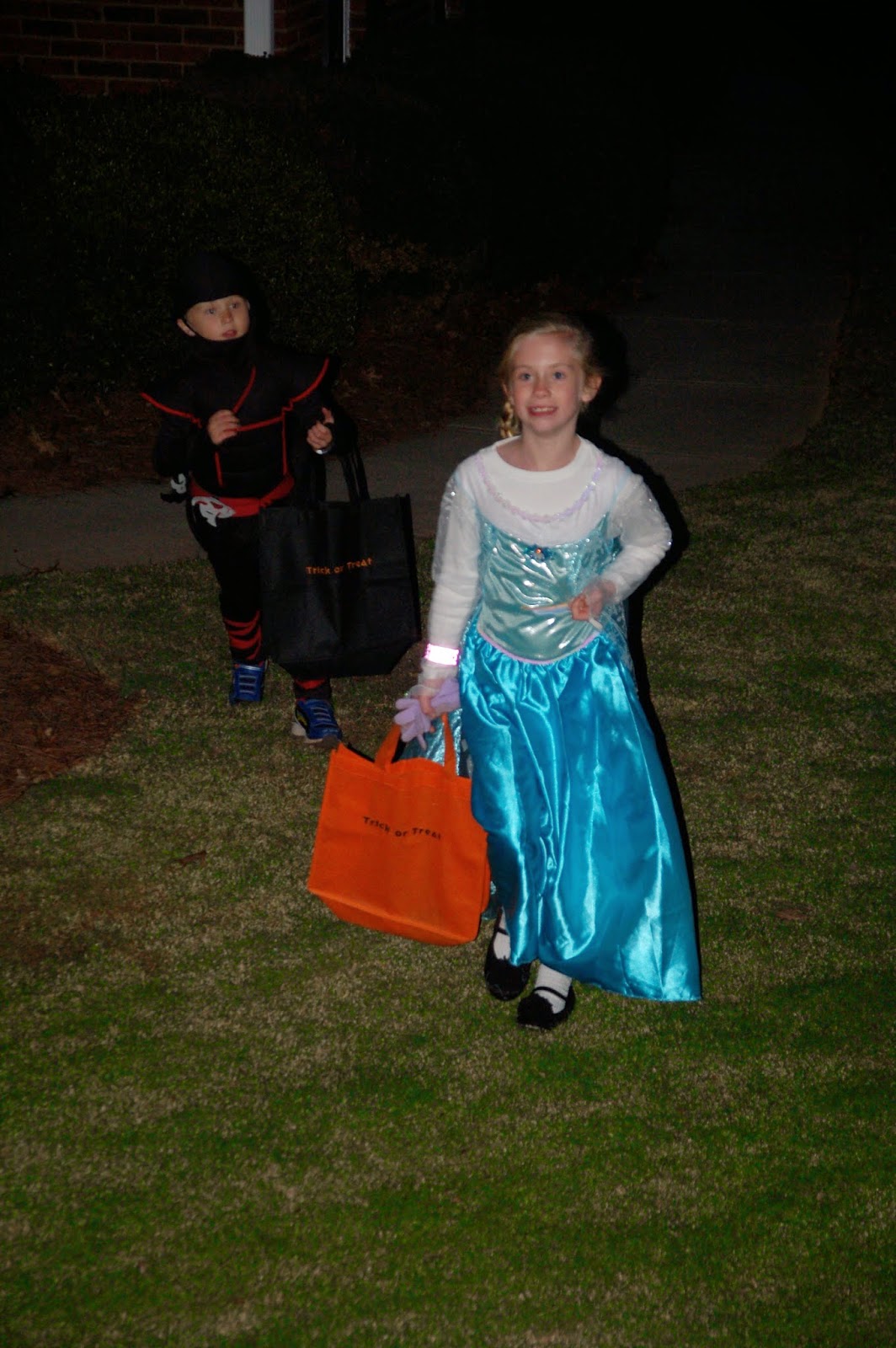 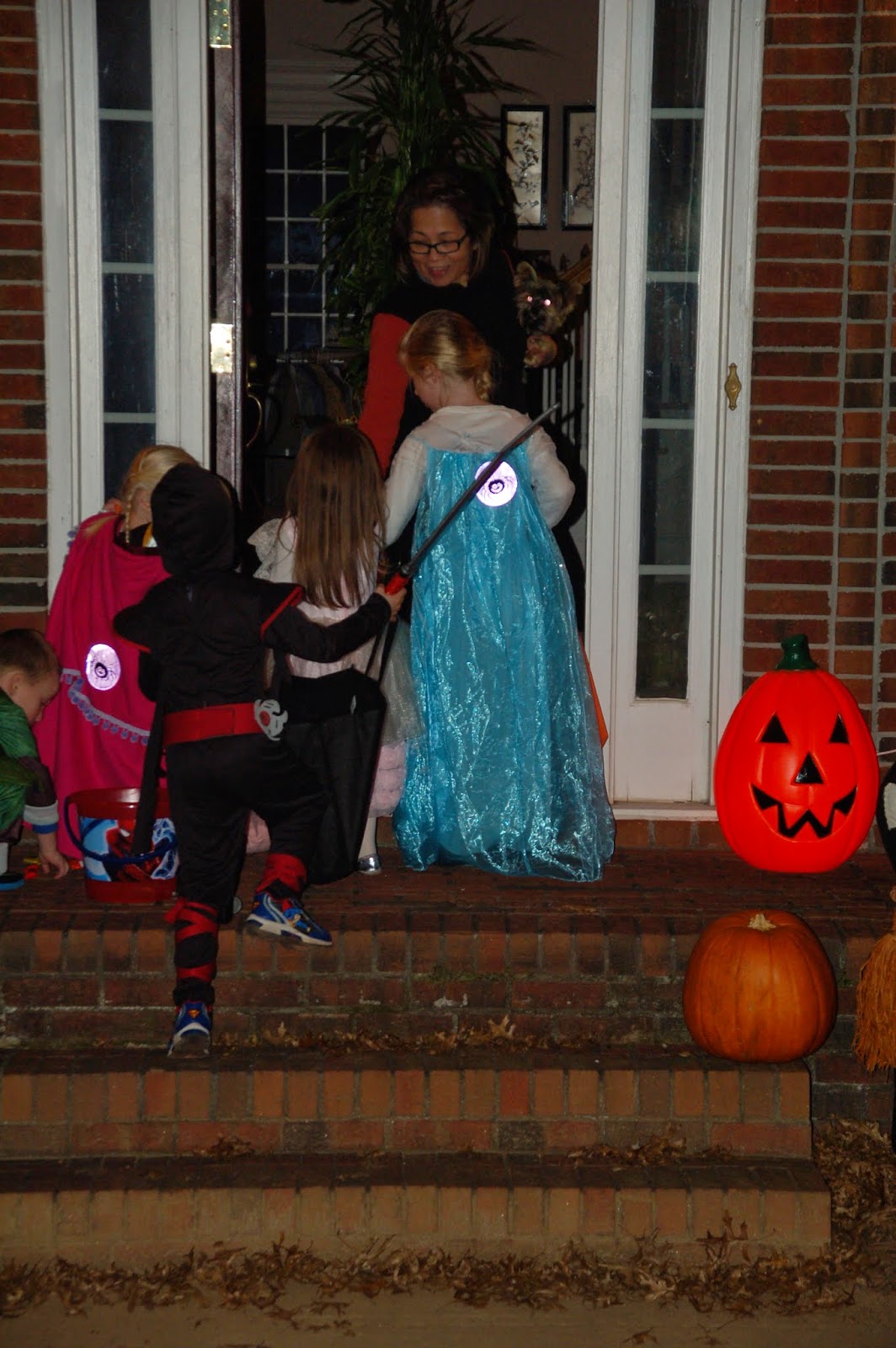 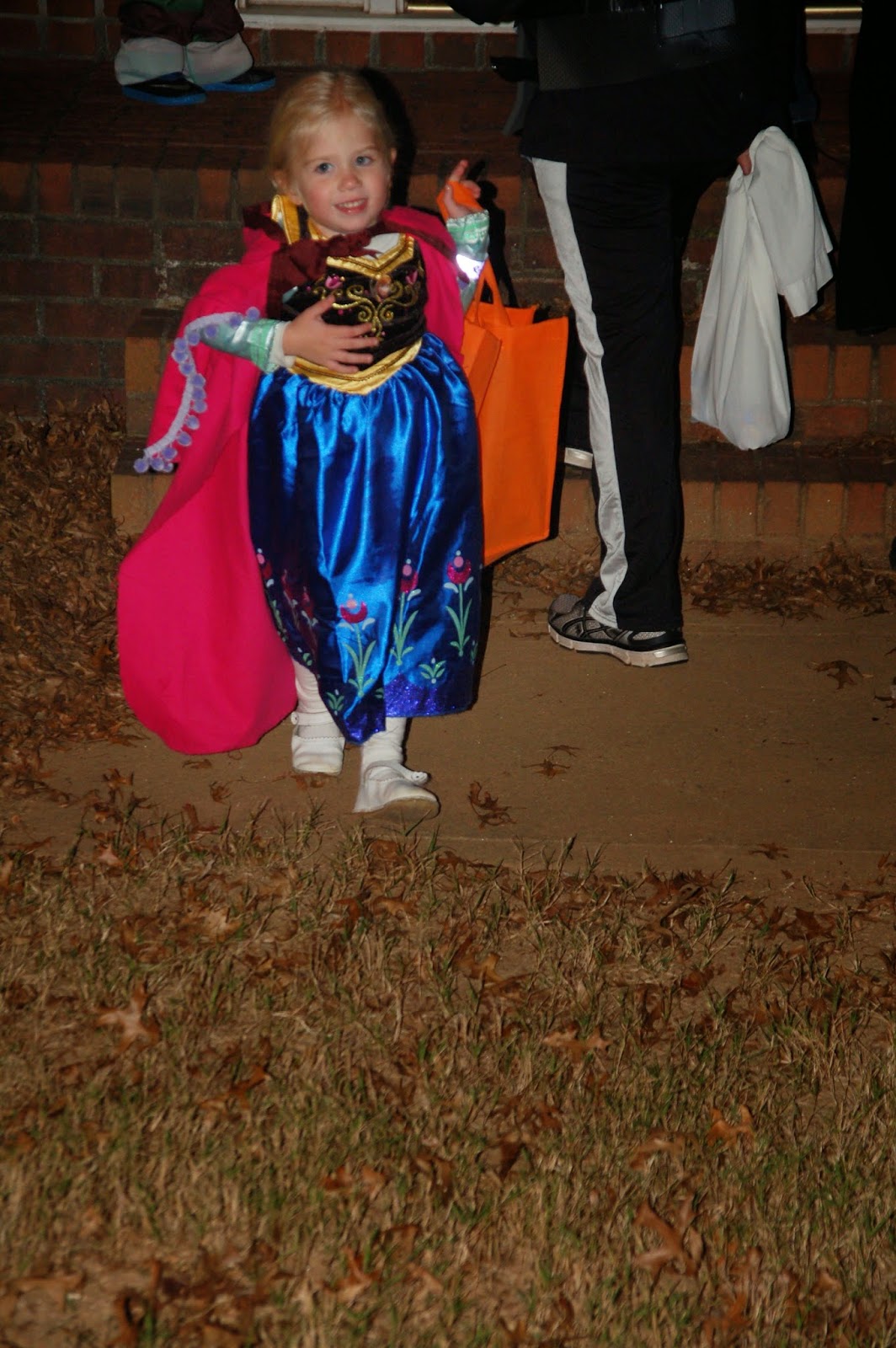 Did I mention Grammie was with us? Somehow she escaped the picture taking earlier... probably wrestling kids into place! Here's a quick shot, just to prove she was there! :) 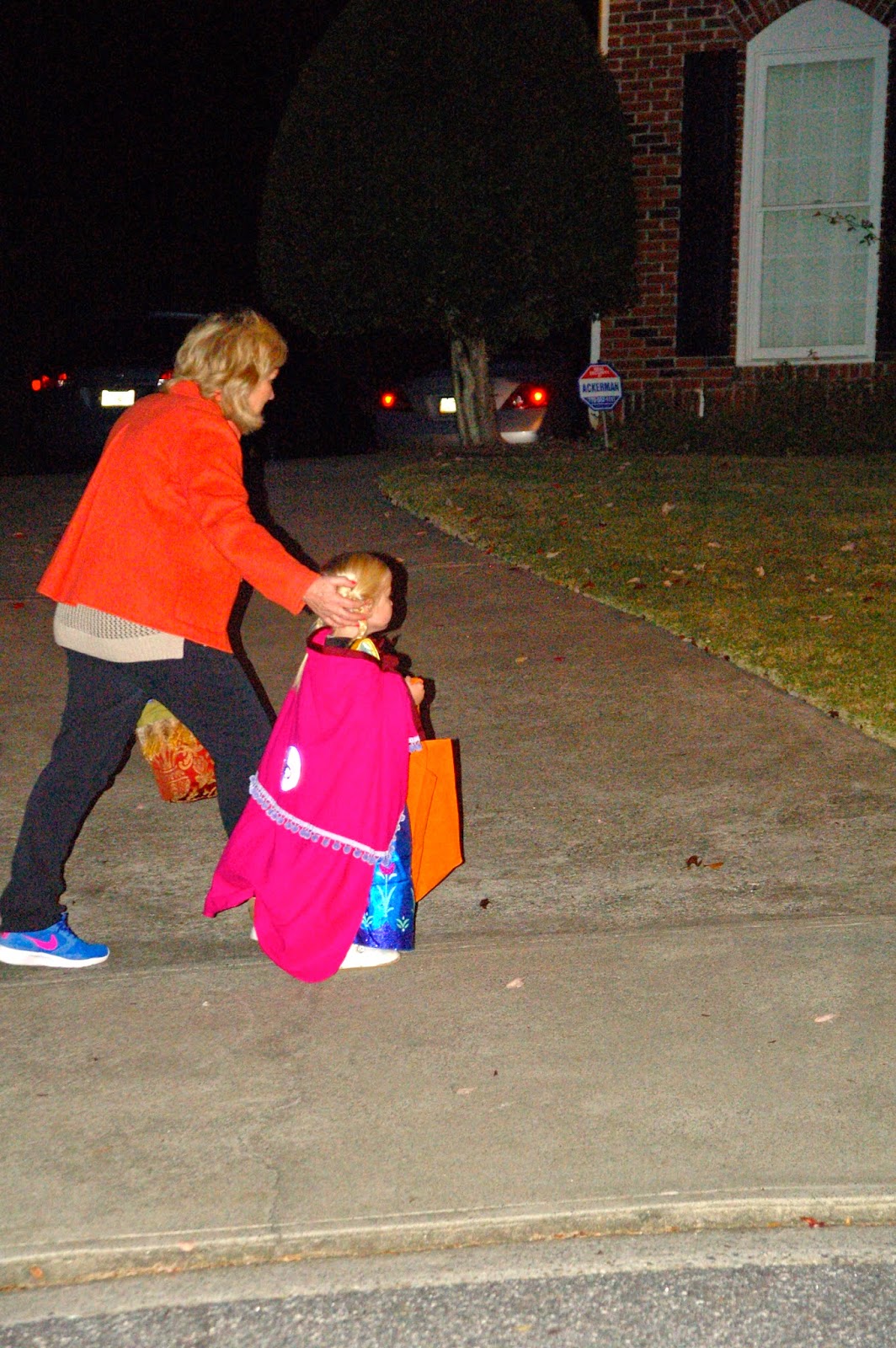 When we got back to the house- this is exactly what Rosemary did! Took off her shoes, got her water, and plopped on the floor! She was Pooped!! She ran hard, keeping up with the big kids all night, door to door to door. And she didn't want anyone else to hold her candy bag, so she lugged it with her. (I guess she didn't trust us with it- wonder why?! ;) 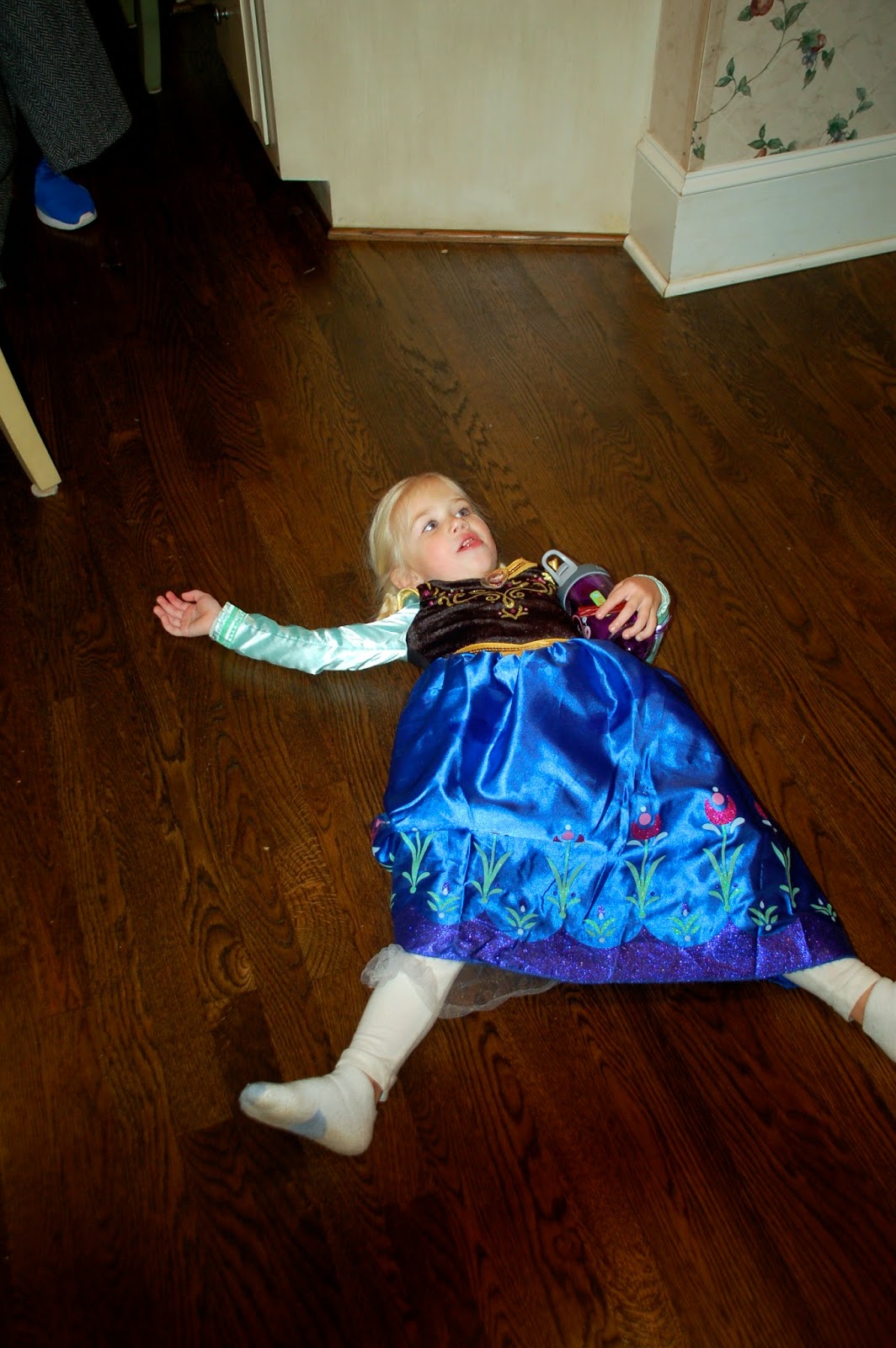 We already had a load of candy, but our night wasn't over! We rallied Rosemary and headed over to join our friends the Bernardo's- their neighborhood does a great "haunted trail" in the woods- and we might have trick or treated just a bit more!!
Even though this Halloween wasn't homemade or matching, I've learned to just Let It Go.... ;)
Posted by Kathryn at 9:03 PM No comments:

Monday, June 16th
On Monday morning (June 16th- I'm a little behind- as usual!) we all gave Rosemary big hugs and wished her Happy Birthday! Her response was the same to us all- "It's not my bir-day... my bur-day June 16th!" I guess after talking about it for weeks, she wasn't ready for it to actually happen! Later we headed to the store to get some birthday cupcakes. She picked out little vanilla ones where the frosting looked like a star. After that she was VERY excited about it being her "bur-day"!!
Finally after daddy got home it was time- star cupcakes and presents! Even though I'm so sad to see my baby growing up, I'm glad she decided to have a birthday!! :) 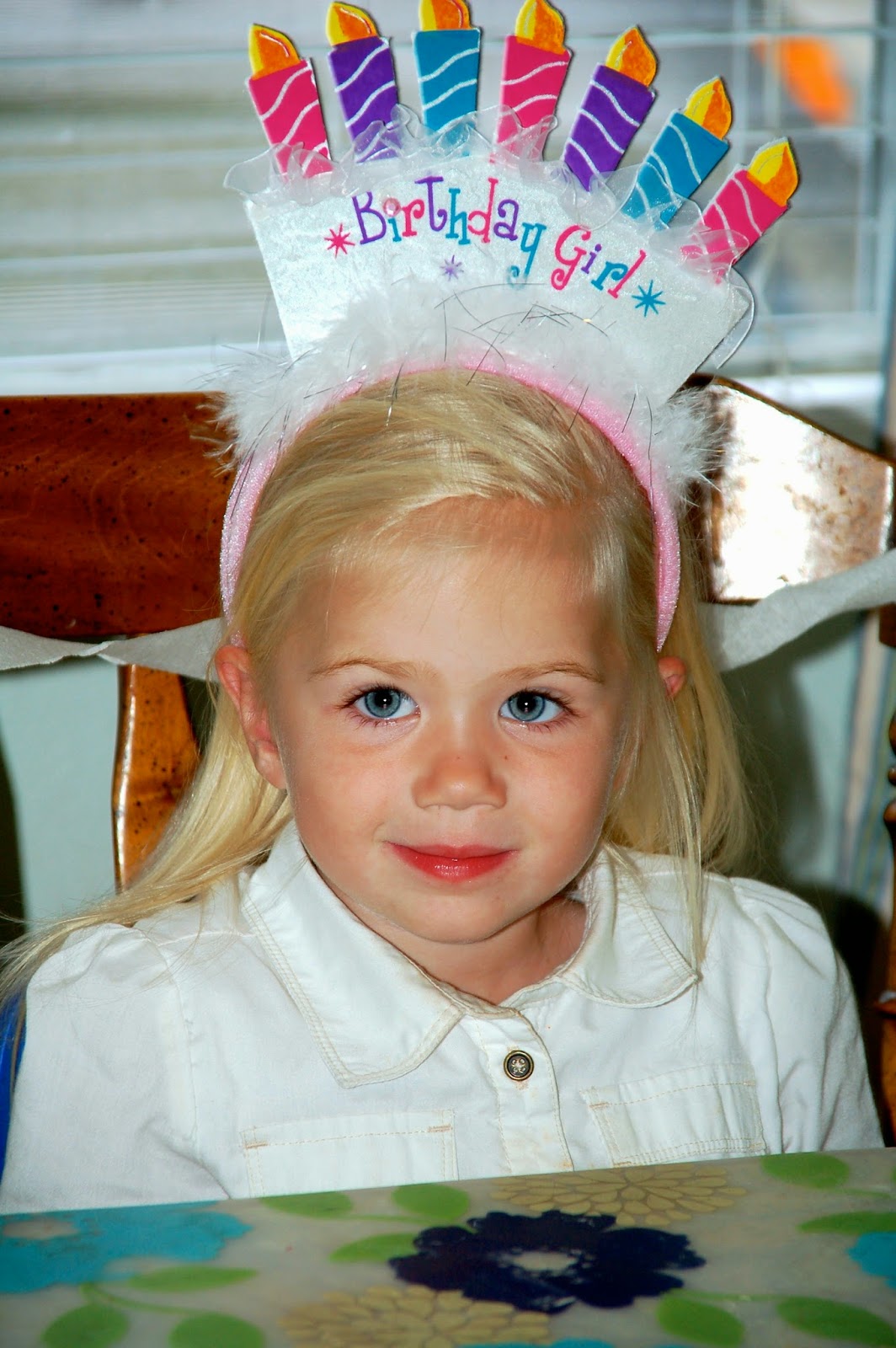 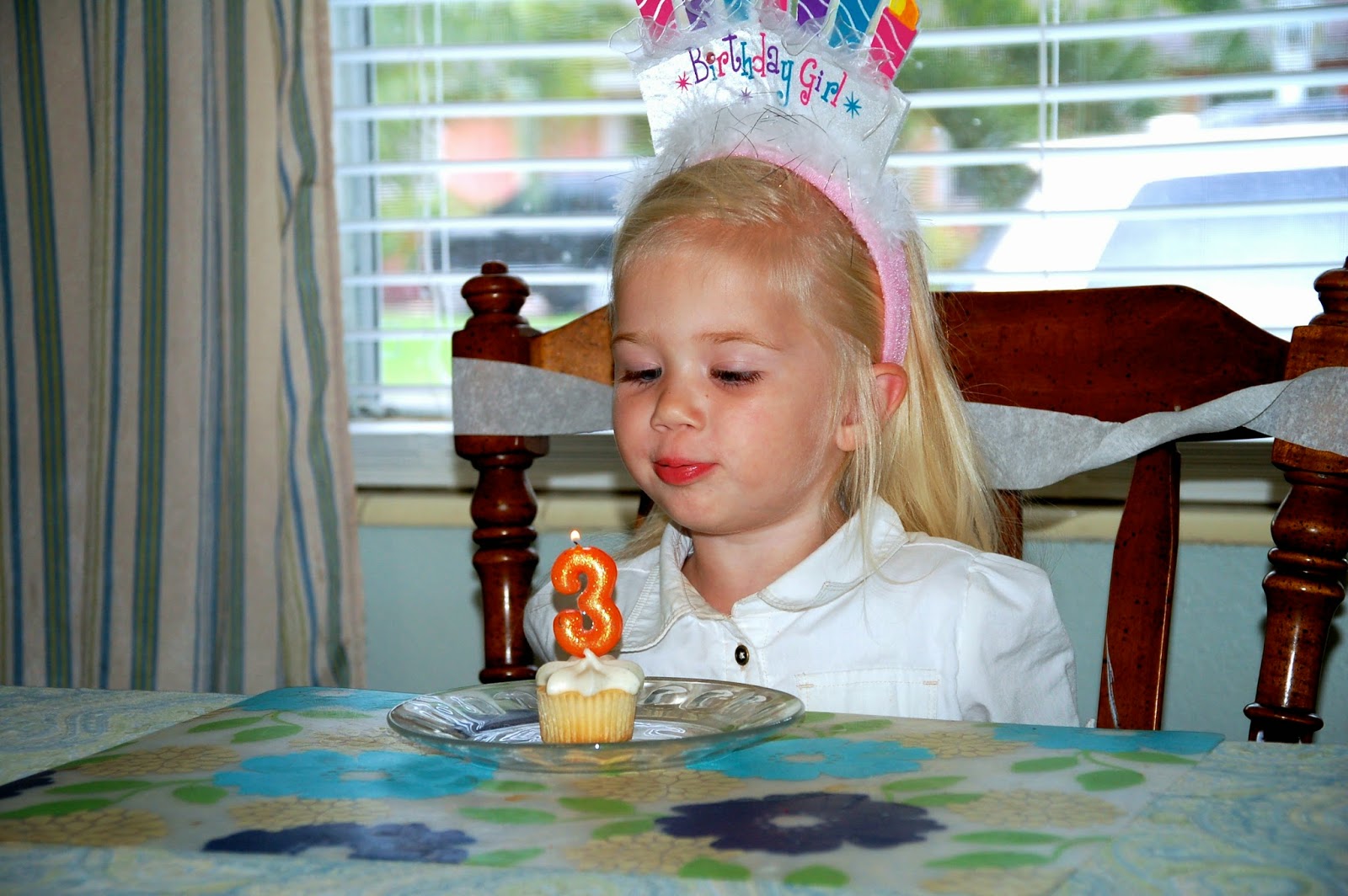 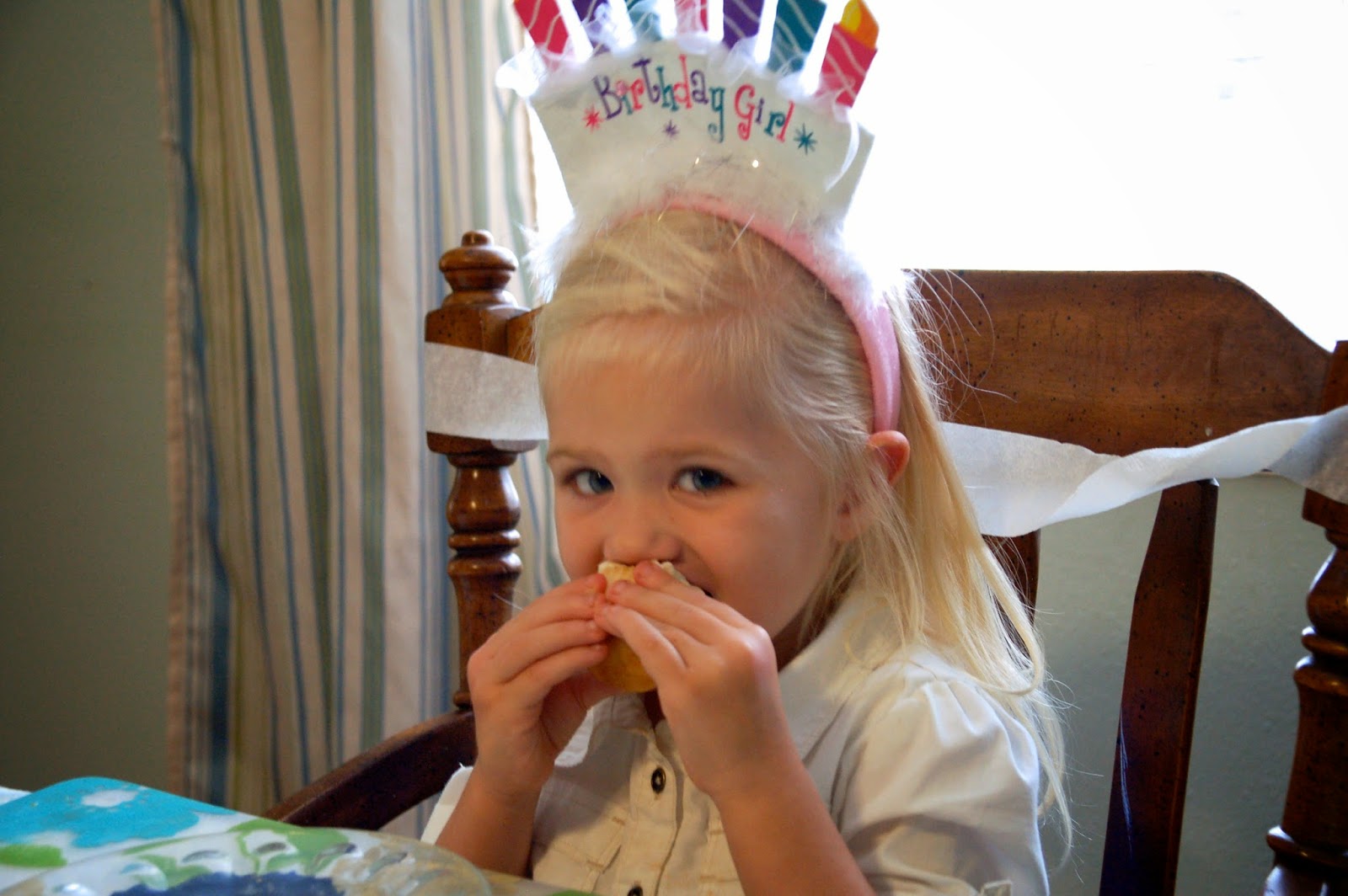 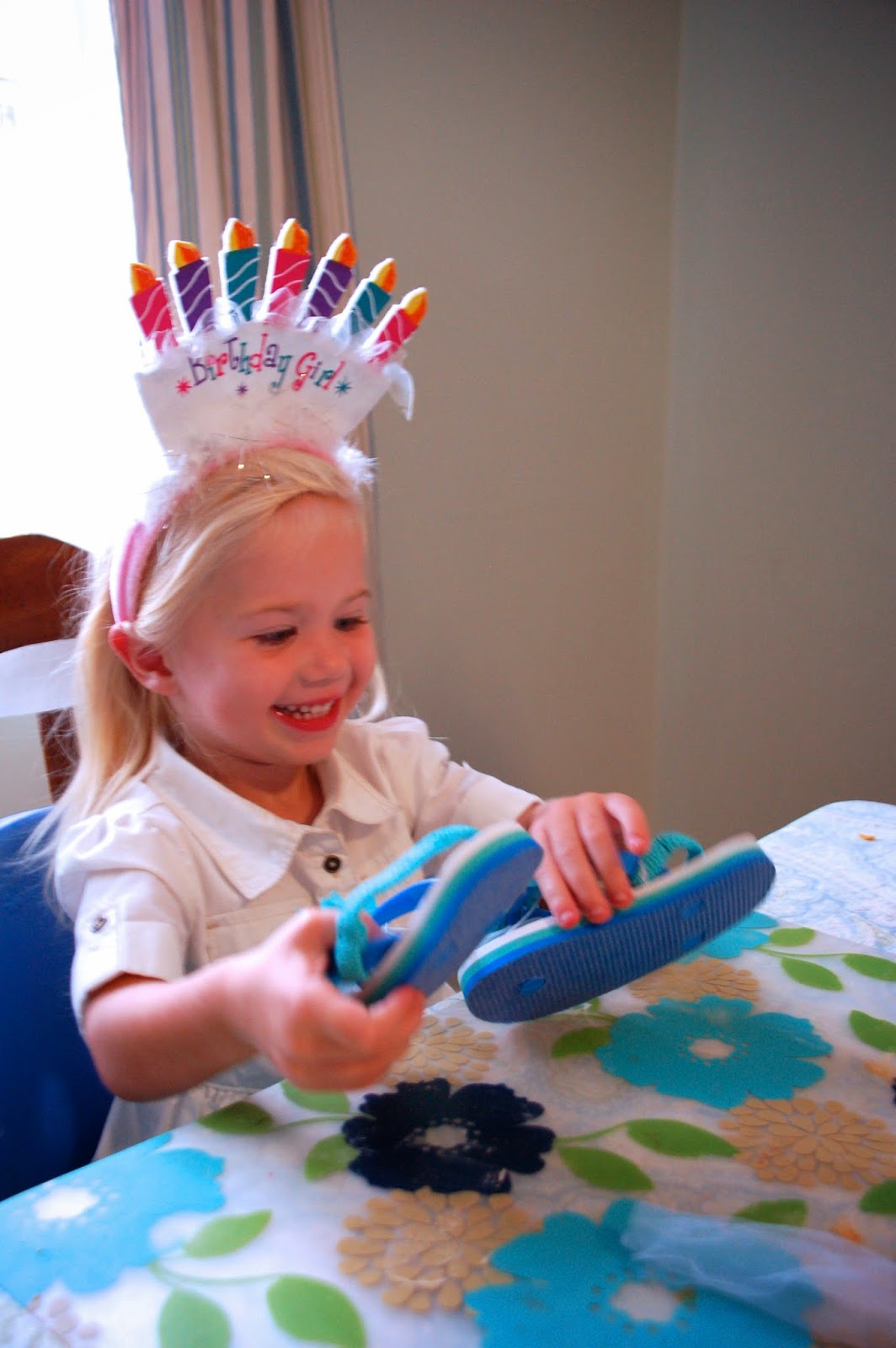 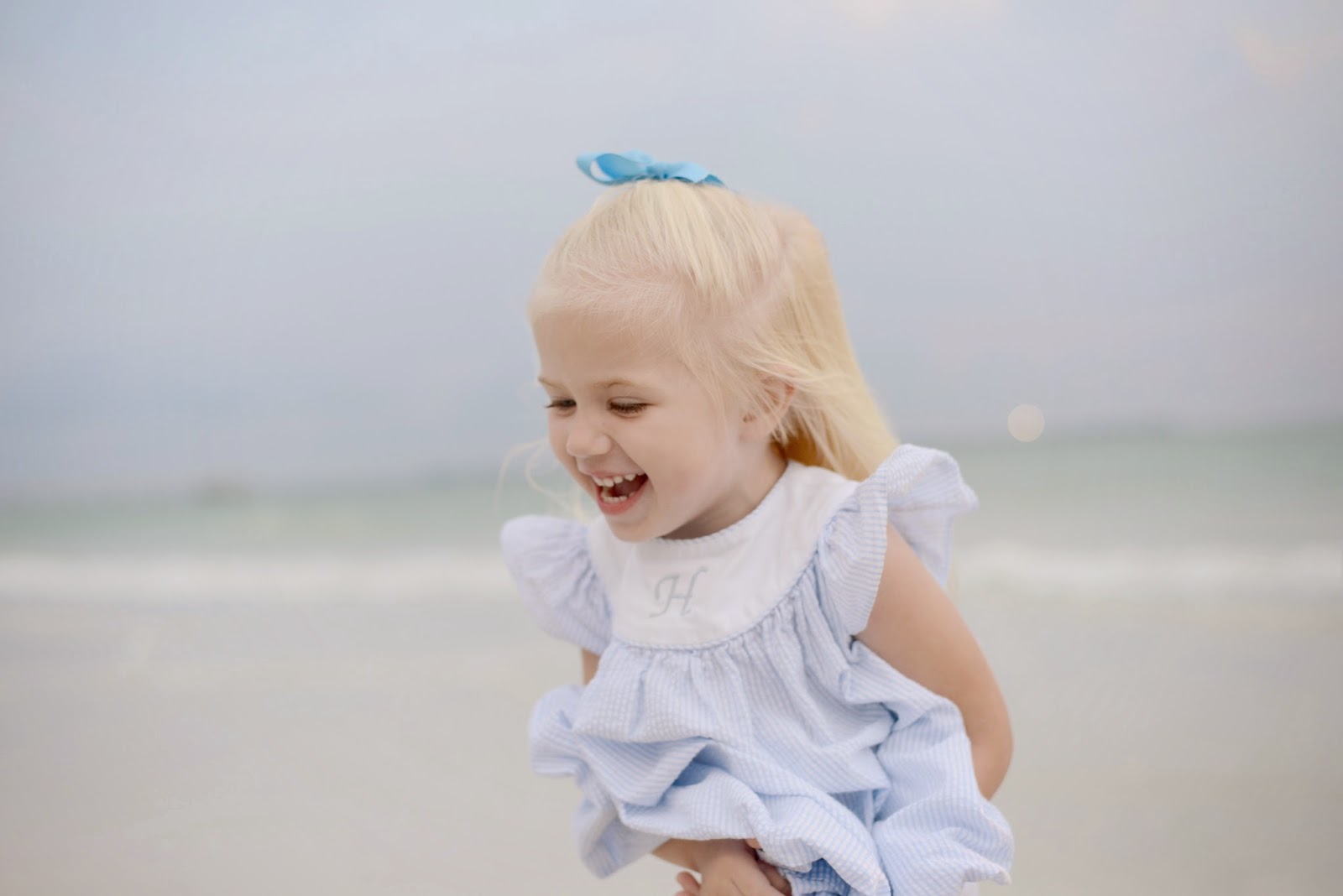 Posted by Kathryn at 7:50 AM No comments: 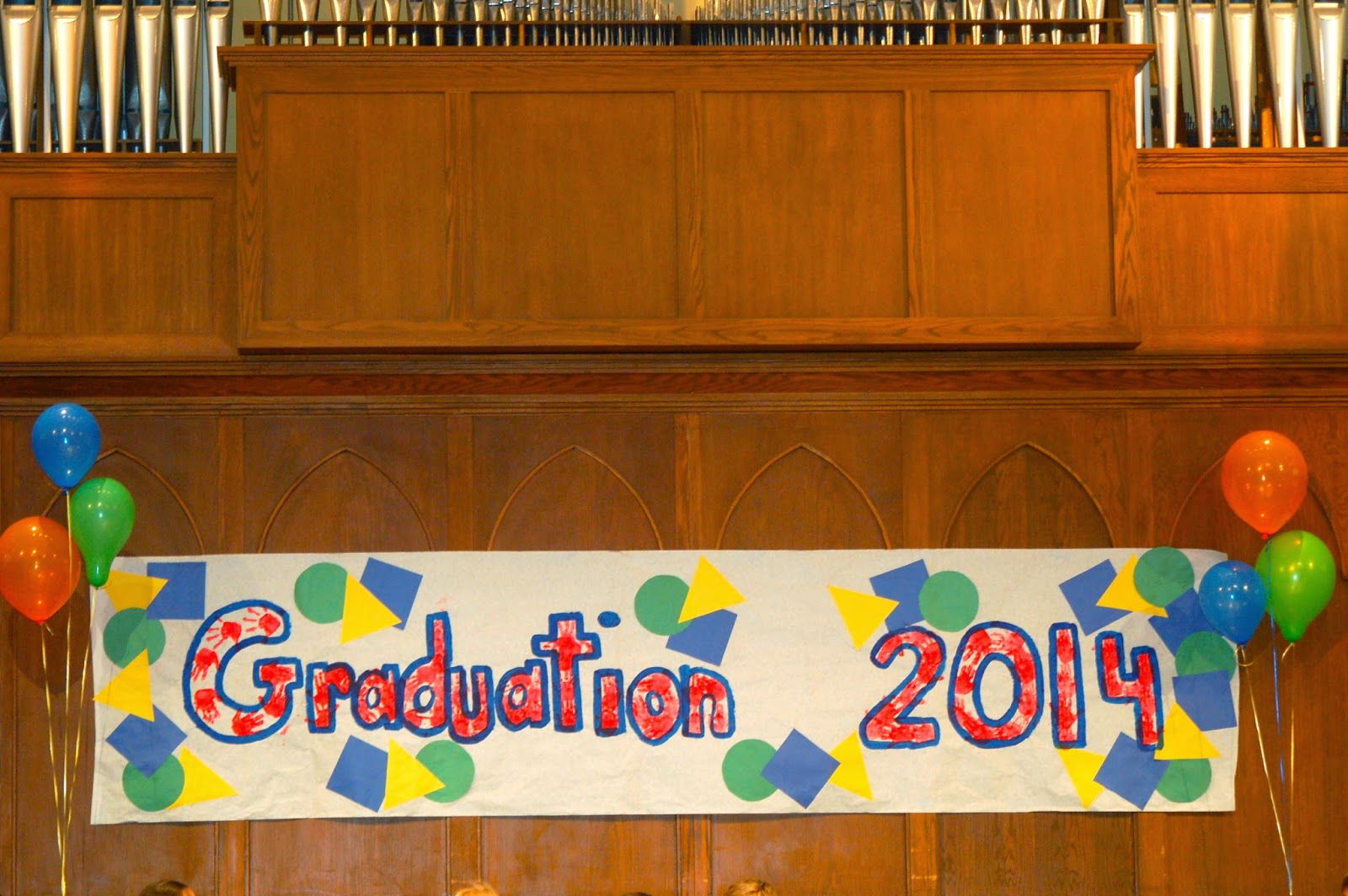 Wednesday, May 28th
Everything about a Preschool graduation is adorable! The kids in their sweet 5-year old voices and lisps, reciting Bible verses and belting out fun songs, the silly smirks and awesome dance moves they just can't keep in despite the "serious" occasion, their proud little faces as they finally cross the stage and come down to the stairs to the even prouder families. Small Blessings doesn't do the whole cap and gown bit for the performance, but they have it at the reception for pictures and the kids love "dressing up". It's -of course- adorable!!
Georgia was full of good advice and helpful hints to Lincoln before graduation- basically telling him every little thing that happened at hers! Having a big sister can be so informative!! I finally explained to her that he needed the chance to have his own experience... I'm sad to think Rosemary won't have the same experience, but she lived vicariously through Linc this year- she was practically part of his class! I had to drag her out of the room at every drop off and pick up, and Ms Annette and Ms Shannon were great about letting her participate in several fun events with the class. Rosemary insisted on having her own picture taken with Ms Annette at the graduation reception!

Lincoln got chosen for two "mic moments"- and he was so excited to get that chance, not nervous or embarrassed in the least! The kid was made for the stage... At the very beginning, after Molly and Tommy did the welcome remarks, Linc recited a verse-
"I am thanking God from a full heart. I am whistling, laughing and jumping for joy. Psalm chapter 9, verses 1 and 2." 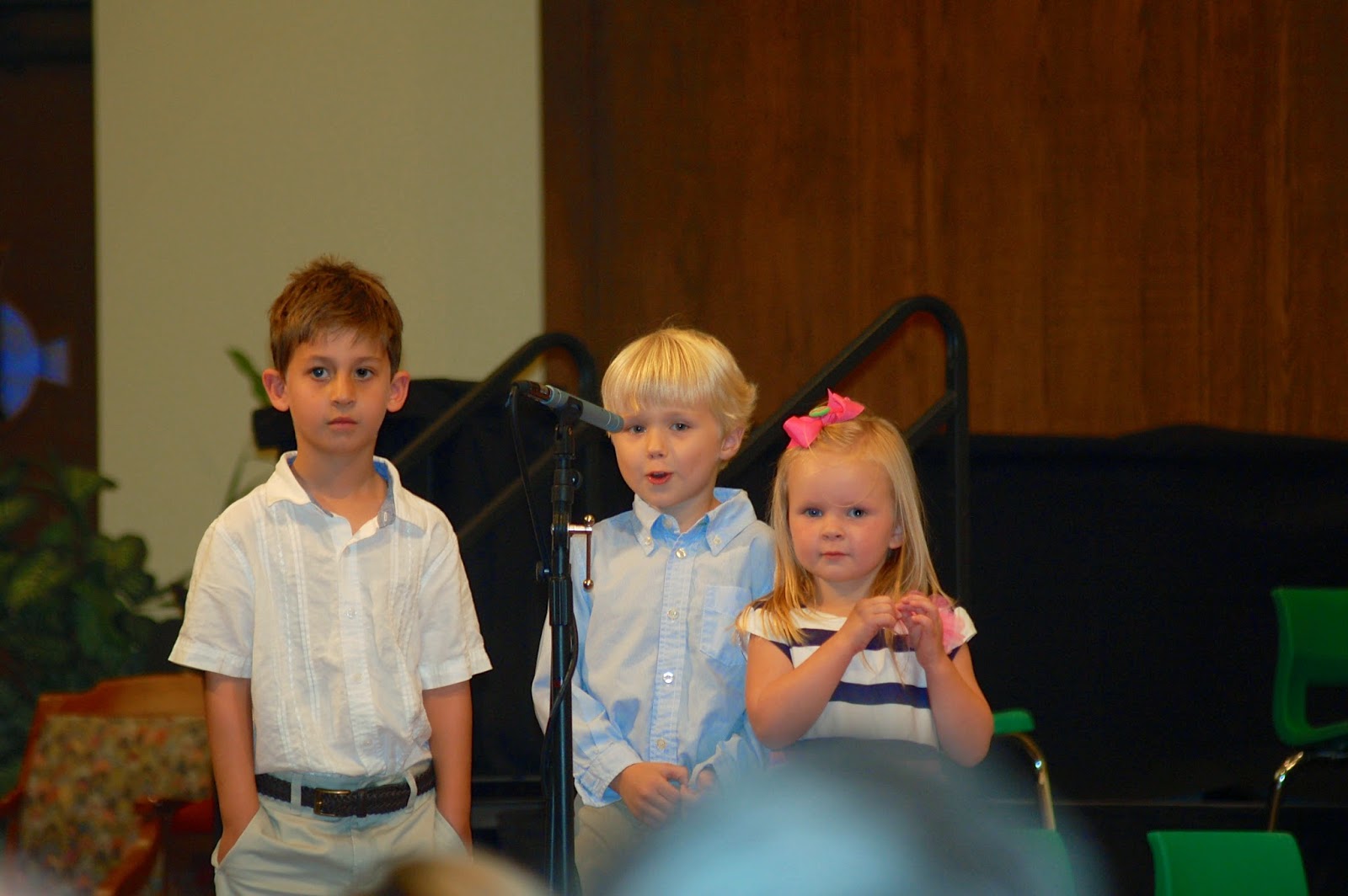 Later, when the classes were singing "This Land is my Land, This Land is your Land", Lincoln and his classmate Emory soloed a verse- "As I was walking that ribbon of highway, I saw above me that endless skyway, I saw below me that golden valley- this land was made for you and me." They remembered every word and sang their hearts out!
Of course, the year flew by so quick, as they do... We feel very blessed to have been a part of this special preschool. Ms Annette and Ms Shannon, and the rest of the staff at Small Blessings are truly gifted in leading and loving these kids. I know our kids got a solid foundation of knowledge and loving learning thanks to their time here! 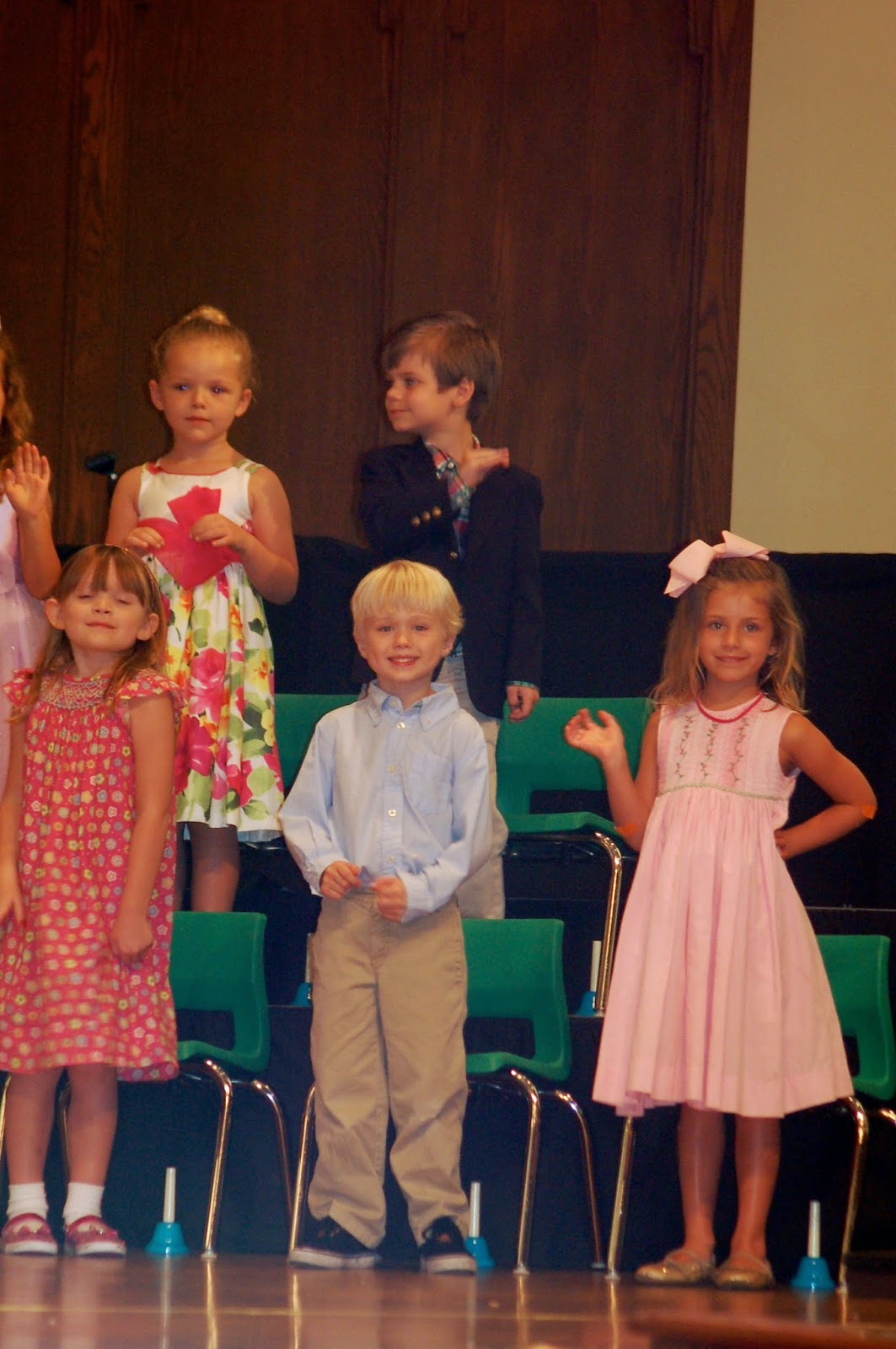 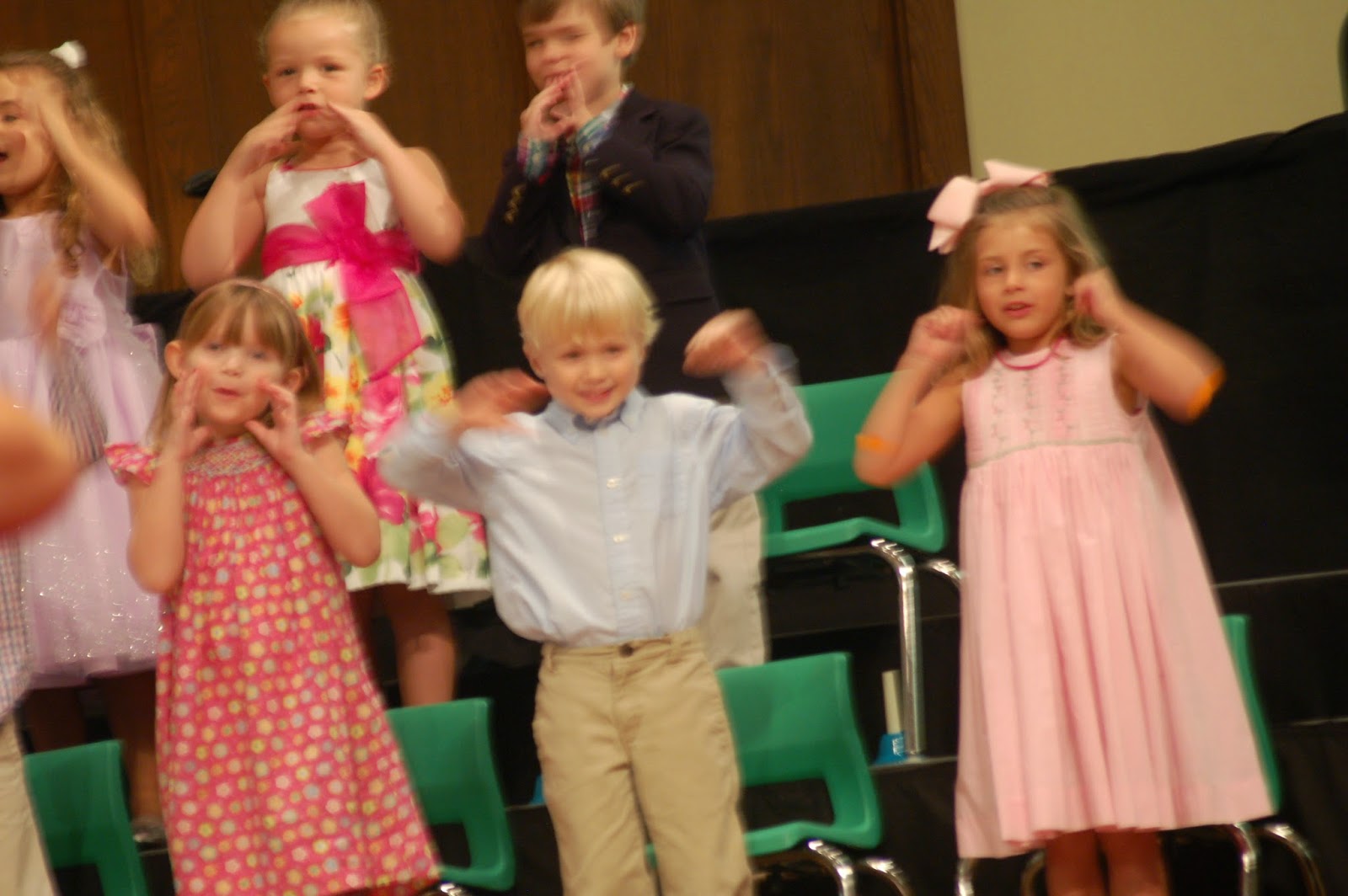 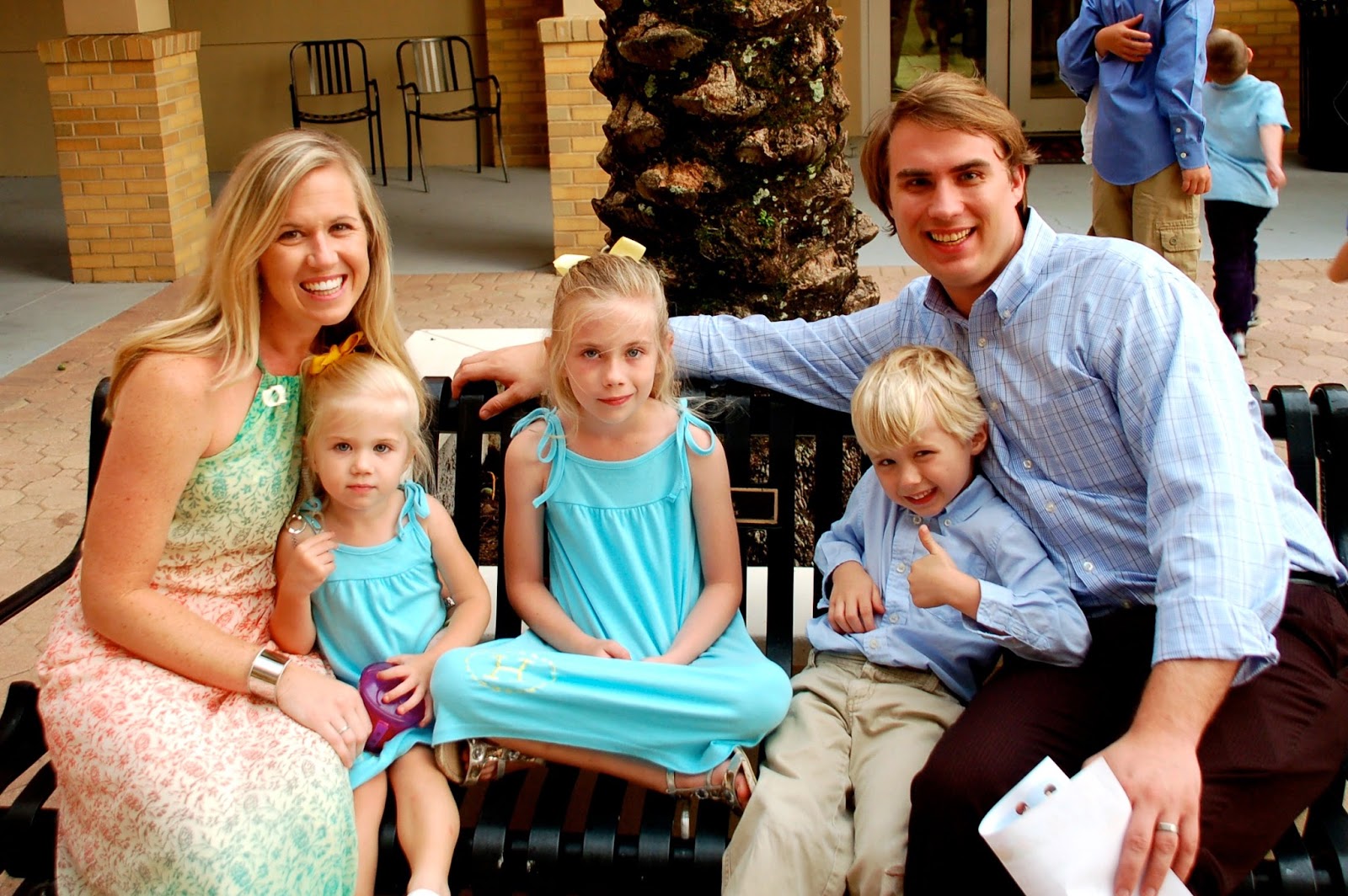 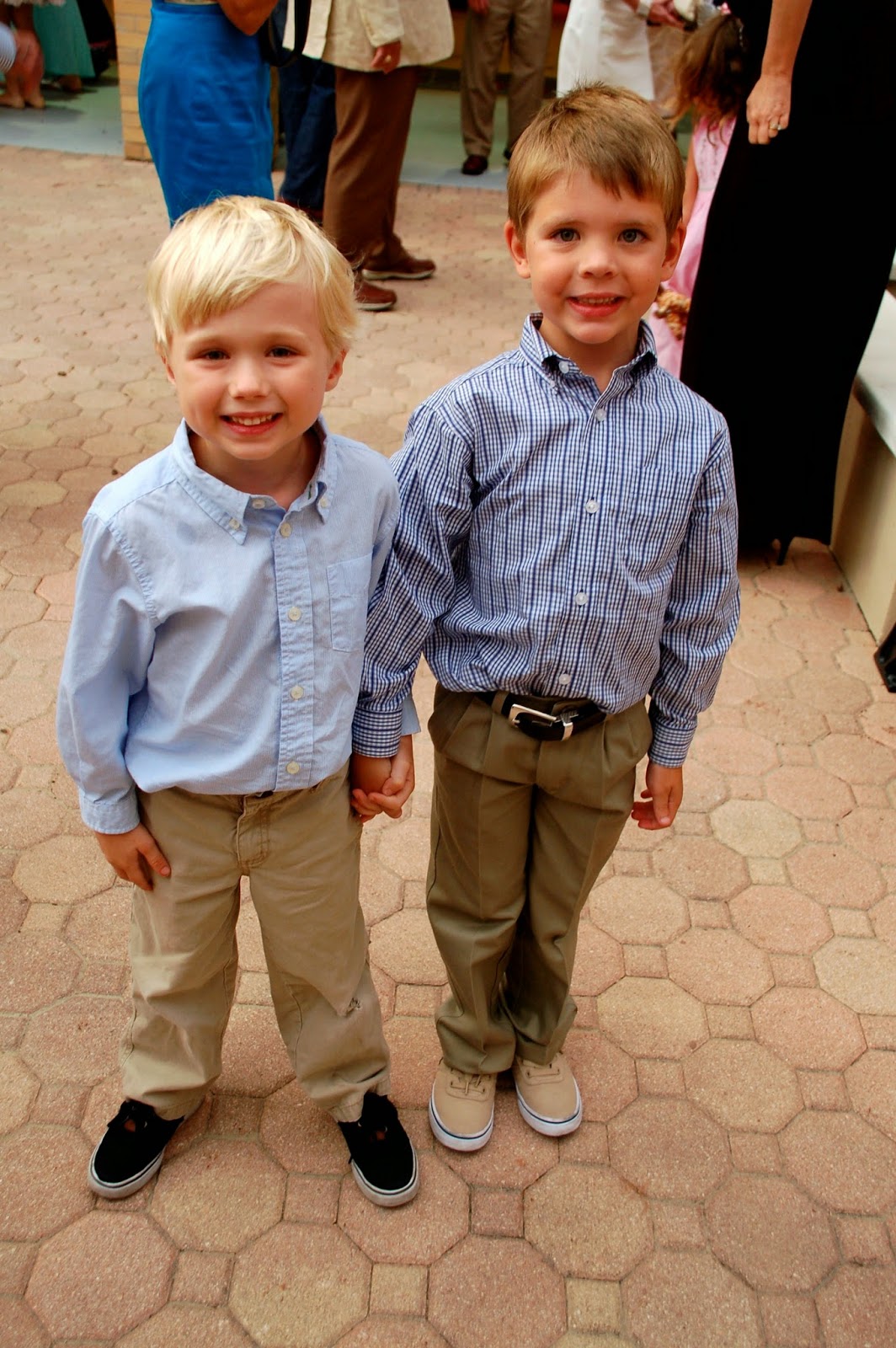 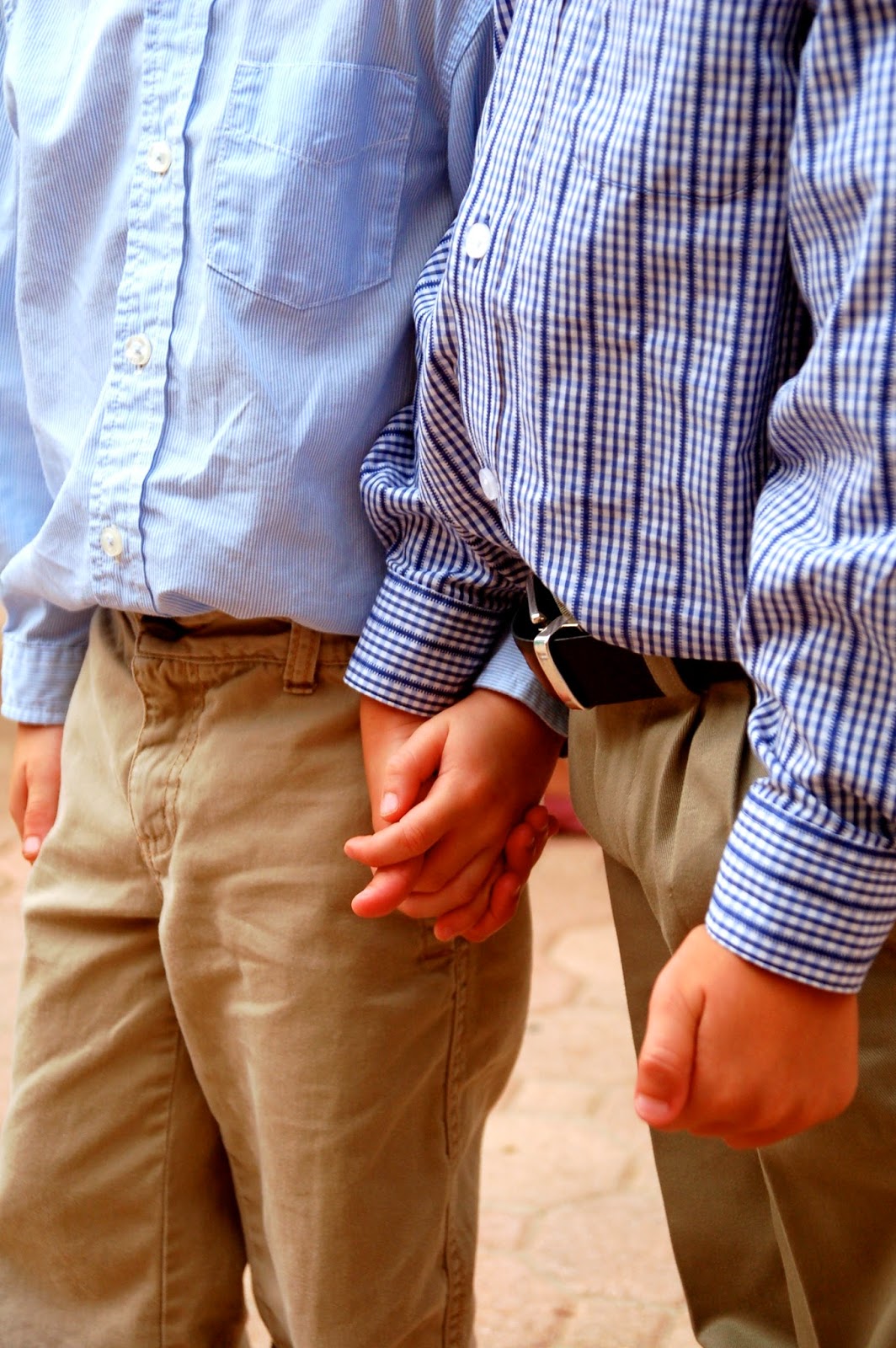 Posted by Kathryn at 1:33 PM No comments: