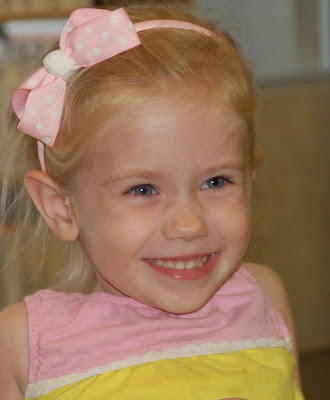 Georgia has her first imaginary friend. Her name is Banana Daughter and she is, as the name implies, Georgia's {pretend} daughter. Banana Daughter does all sorts of fun things like play, swim, go to school, take naps, but lately she's been 'working on her house' a lot. Hmmm- wonder where she got that idea? Maybe she wants a new kitchen like in Georgia's house! ;)
Sometimes Banana Daughter disobeys, and, like mommies have to do, Georgia disciplines her. She's even had to give Banana Daughter 5 or 6 spankings before! Whew! Good thing she has a mommy that loves her enough to teach her how to obey!
Georgia plays with Banana Daughter sometimes, but usually she just gives us updates on what Banana Daughter is up to, and how her house is coming. I think Georgia is excited about the construction phase being over soon (on Banana Daughter's house, of course)... or maybe she just thinks that's what you do when you have a house- work on 'fixing it'?! 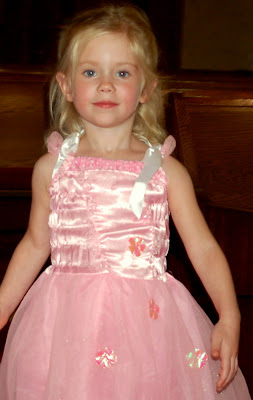 I must say, I am a tad bit proud that Georgia's first imaginary friend is a "daughter". Maybe that means she likes being a daughter, so she wants her own? Or maybe she likes to be like her mommy? (Big proud grin for that one!) Or... maybe she just wants to be the one handing out the discipline?? Hmmm- I'll go with one of the first two! 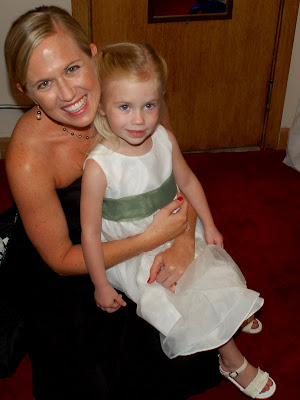 Did you ever have an imaginary friend? I did- a family of little pink mice played with me and followed me around, sometimes causing mischief! Childhood is so fun!
Posted by Kathryn at 9:00 AM

What beautiful imaginations both my girls have! Love Grammie