When Larry had asked me if I wanted to do anything in particular for my birthday, I mentioned getting away together for a night to the beach. Well, you know he always goes above and beyond! (Sometimes there are definite benefits to being married to an overachiver! ;) So instead of "one night at the beach", he planned a space shuttle launch, then 2 nights at Daytona Beach (about 3 hours from Tampa). It was great! And you'll see later that his good deed was rewarded!
Did you know that there are now only 2 more planned shuttle launches? Very sad, I think. What are kids going to dream to be when they grow up if not astronauts?? And this was the last launch for the Space Shuttle Atlantis, which made it even more special to get to see it go up.
If you see these pictures and get a hankering to see one of the last 2 launches yourself- be prepared! For the TRAFFIC, that is! Our 3-hour drive across the state to Titusville, FL, which is across a bay from Cape Canaveral where the launch happens, was a 5 1/2 hour drive, bumper to bumper. It was not fun! We had planned to arrive around 11:30 for the 2:20 launch, but instead barely made it at 1:45! Thankfully we found parking quickly and a spot of grass to sit on. There were probably hundreds of thousands of people there! It was really neat to see the crowds! We waited and waited, then finally, counted down the last minute... then BLASTOFF!! 20 seconds later- it was over! That quick! But it was a really neat part of history to get to witness!
Waiting... cameras ready! 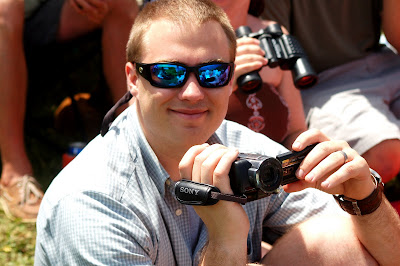 This was our view of the shuttle... 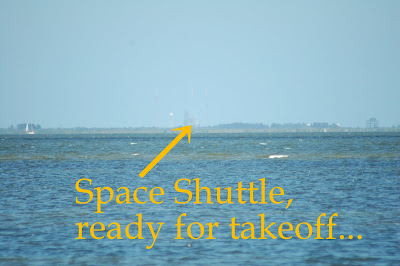 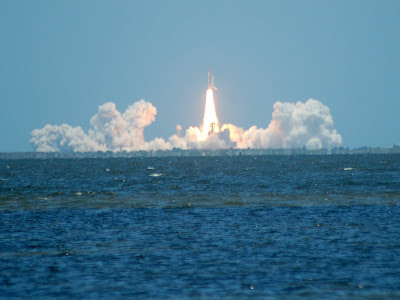 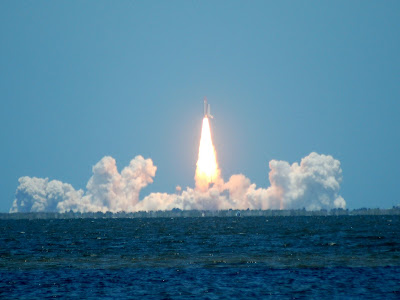 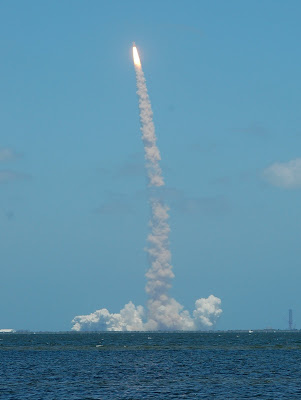 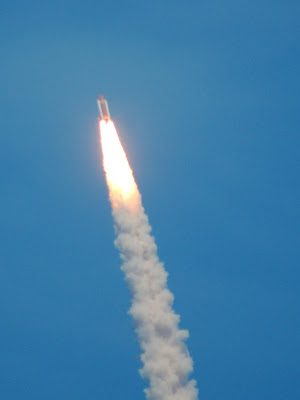 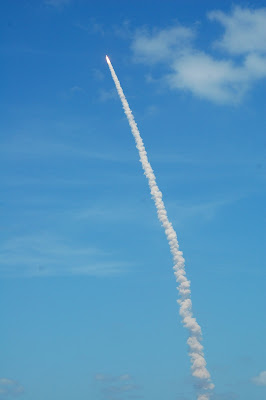 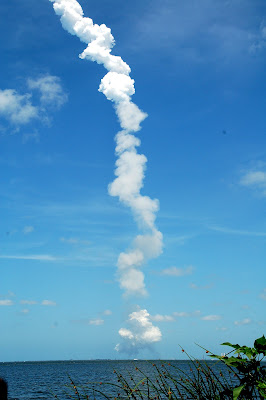 Proof we were there- if you look super-close, you can see the smoke trail in the reflection in Larry's glasses! 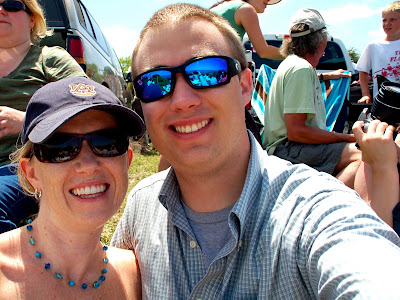