In Lincoln's PreK class this year, he has a Birthday Buddy, Parker- both December 1st birthdays! So, Parker's mom and I thought it would be wise to do a joint Birthday party with their class. We did it at Parker's house, with a shark theme, and it was a very warm December day, after a very warm week, so it ended up being a pool party! I never thought my December boy would get a pool parry, but with Parker's pool heaters on, and the day as warm as it was, it worked out great! The kids were all decent swimmers, so they played and splashed for over an hour, then we did cupcakes and a piñata. Both boys had a blast and thought it was so special they had a buddy to celebrate their birthday with!! 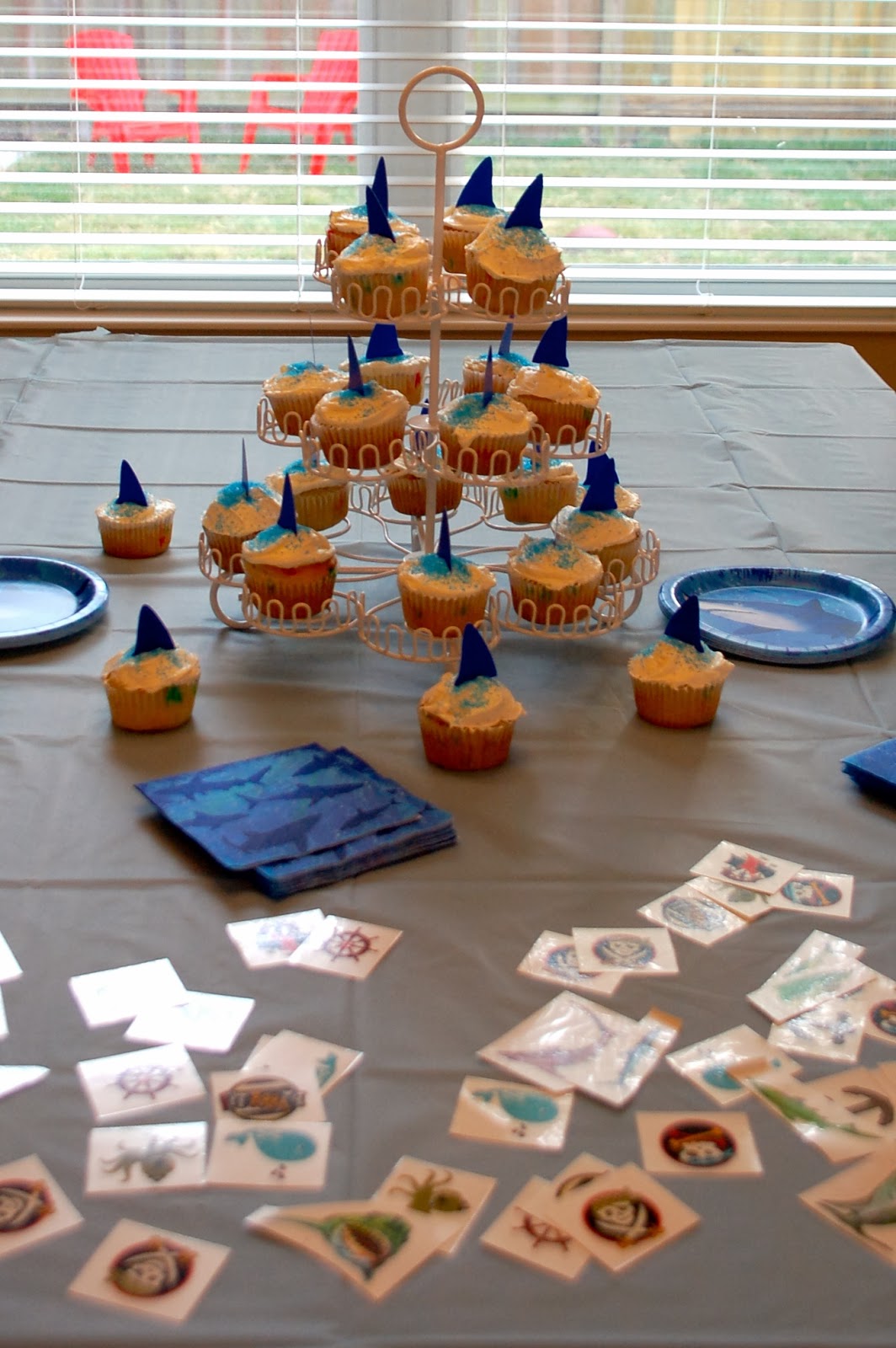 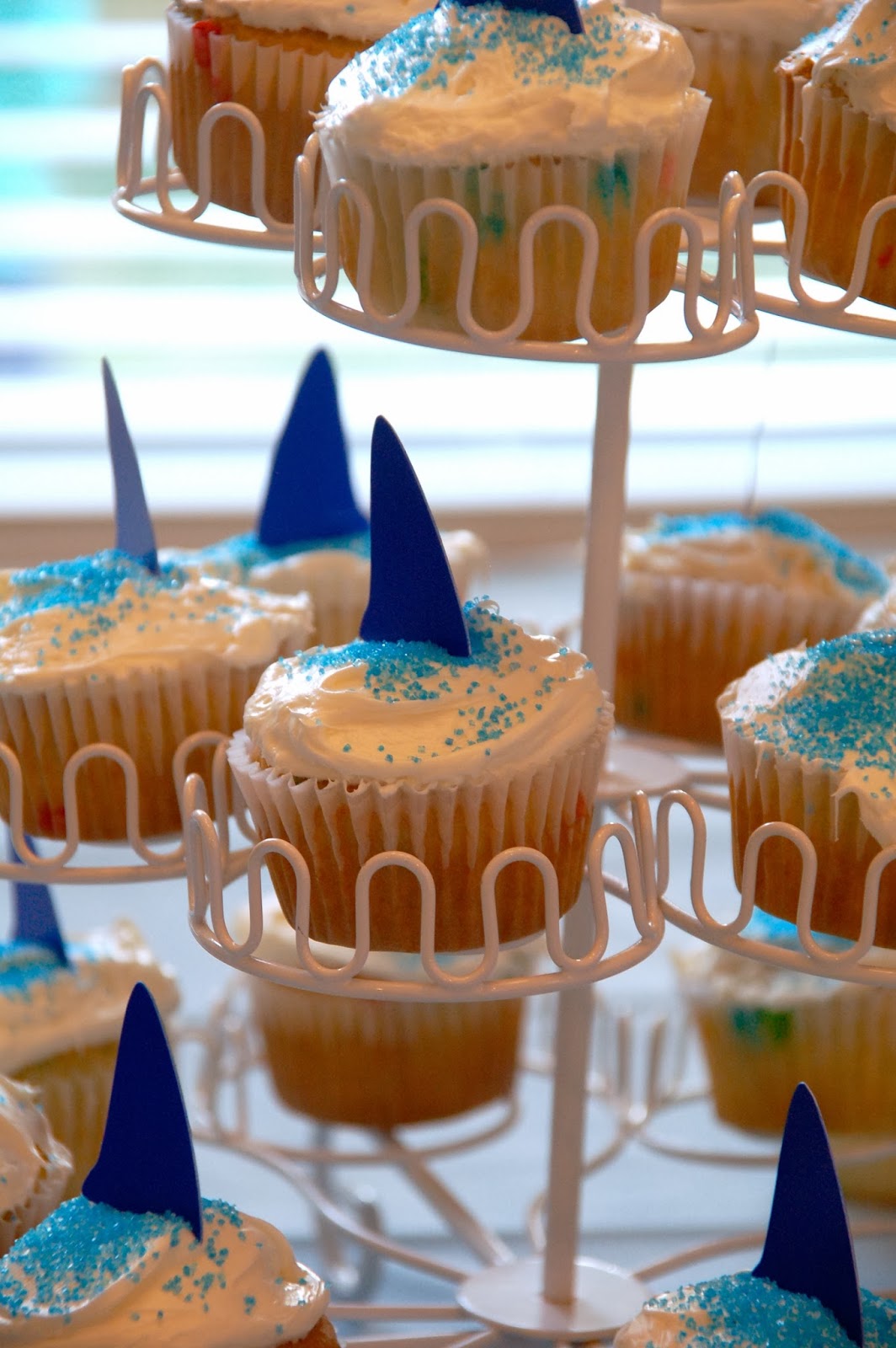 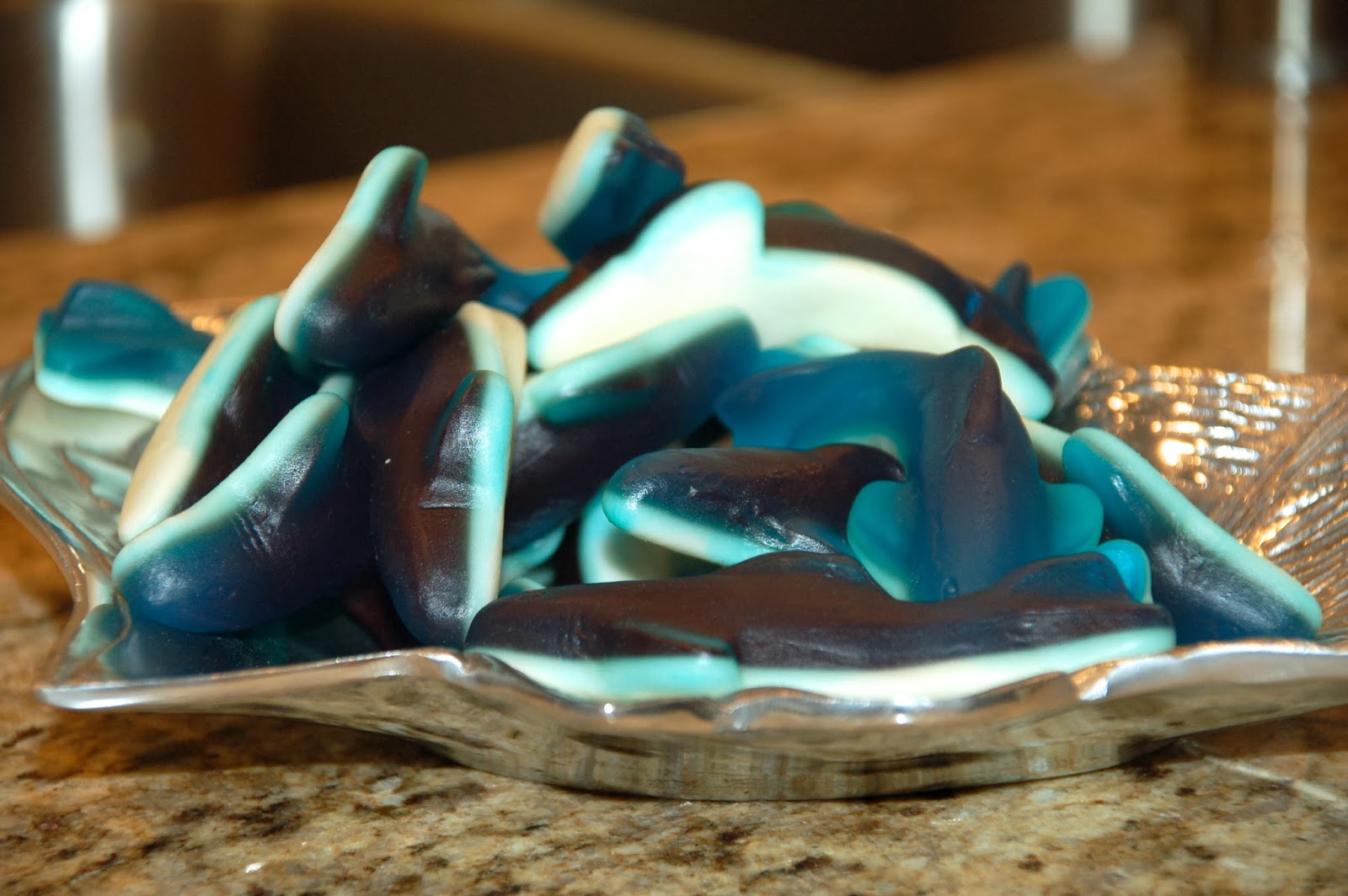 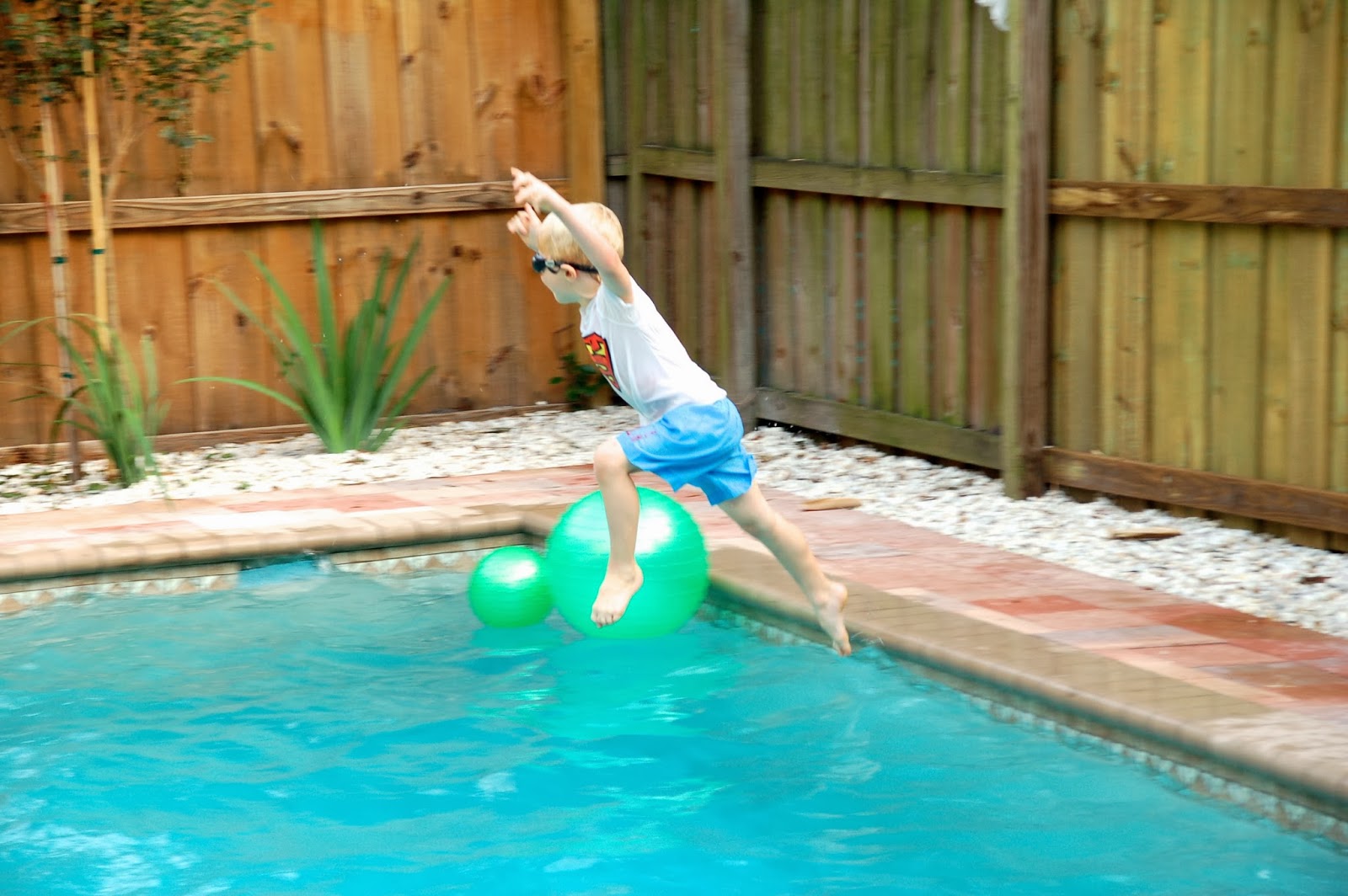 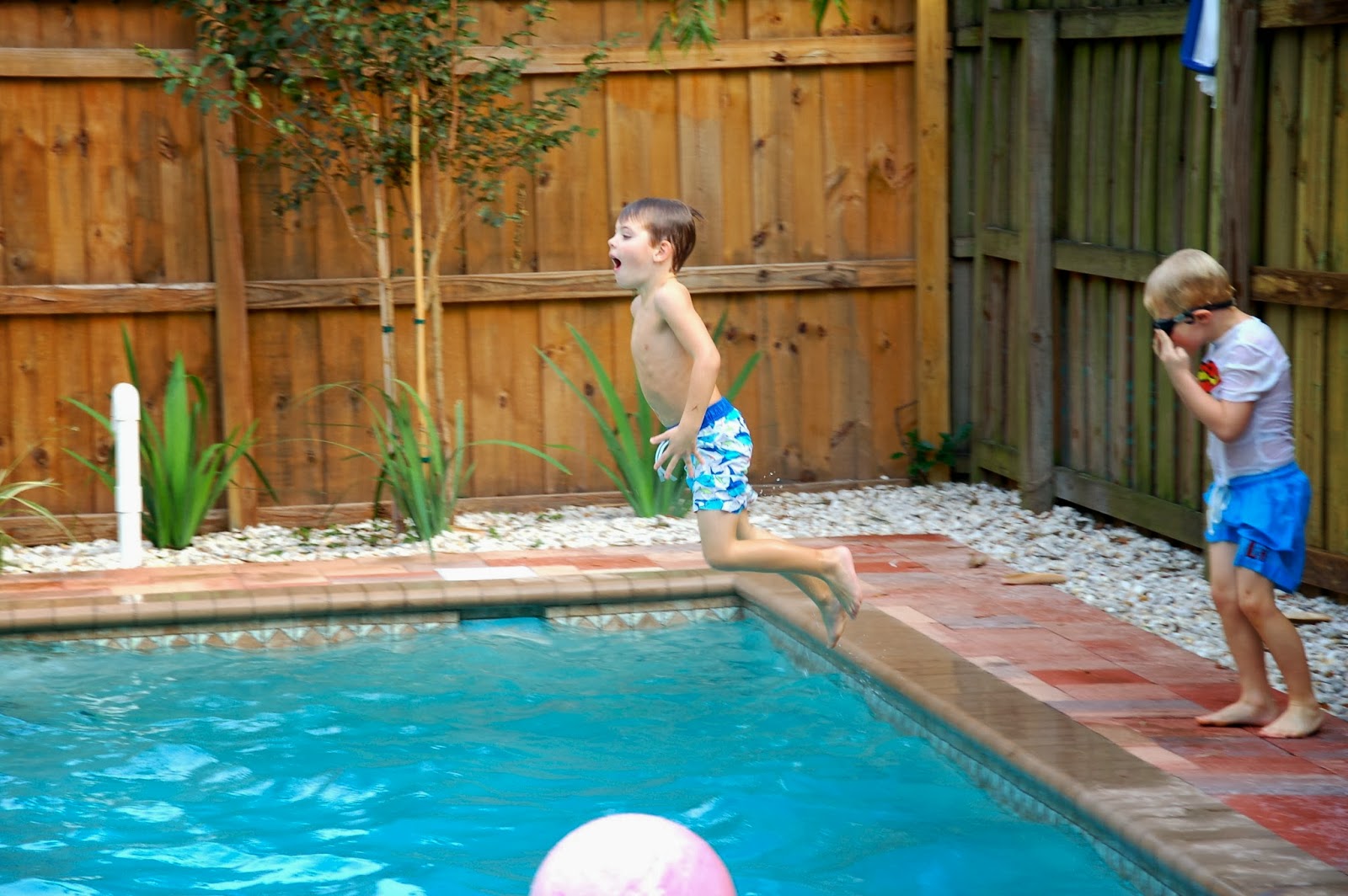 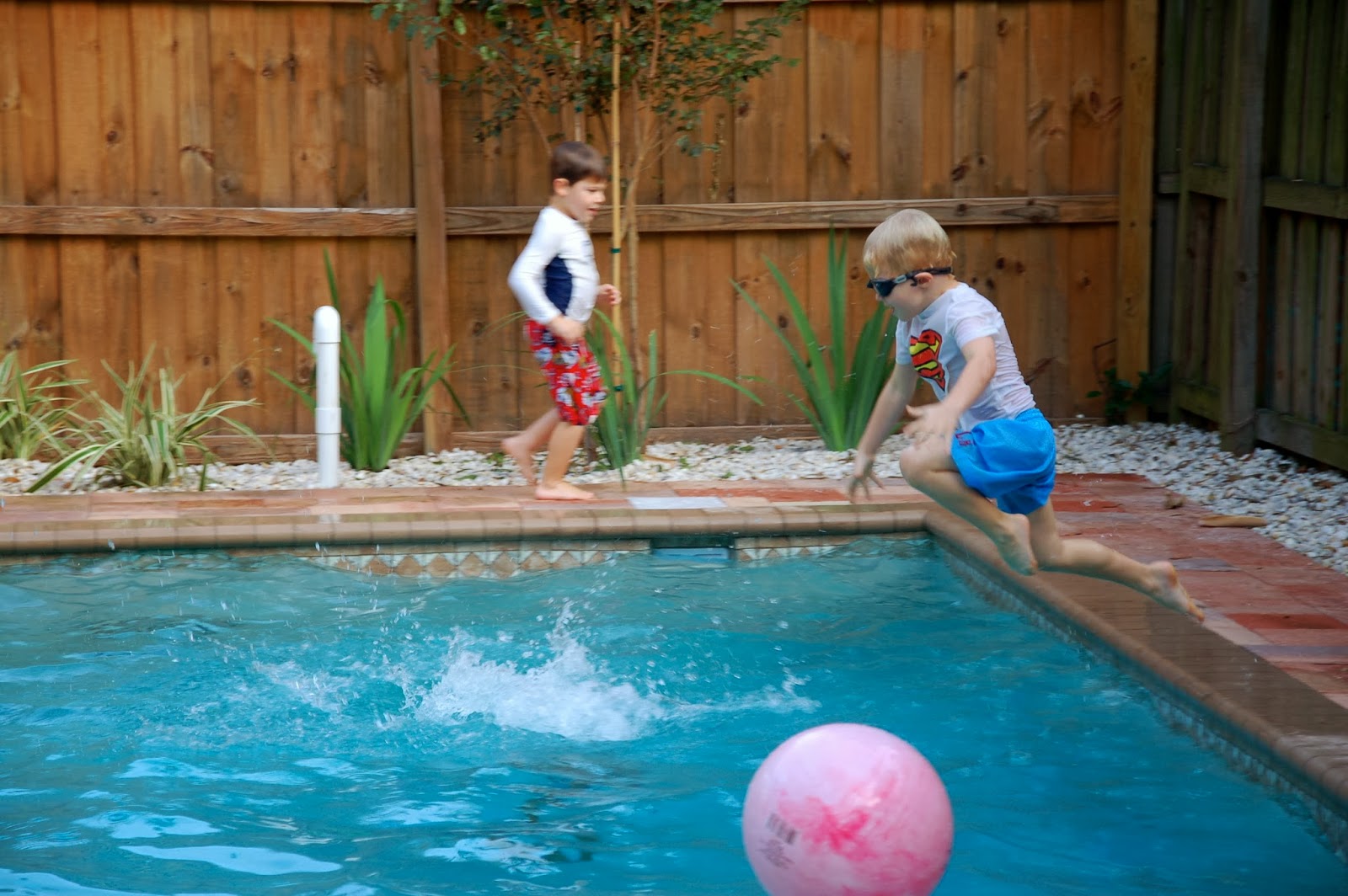 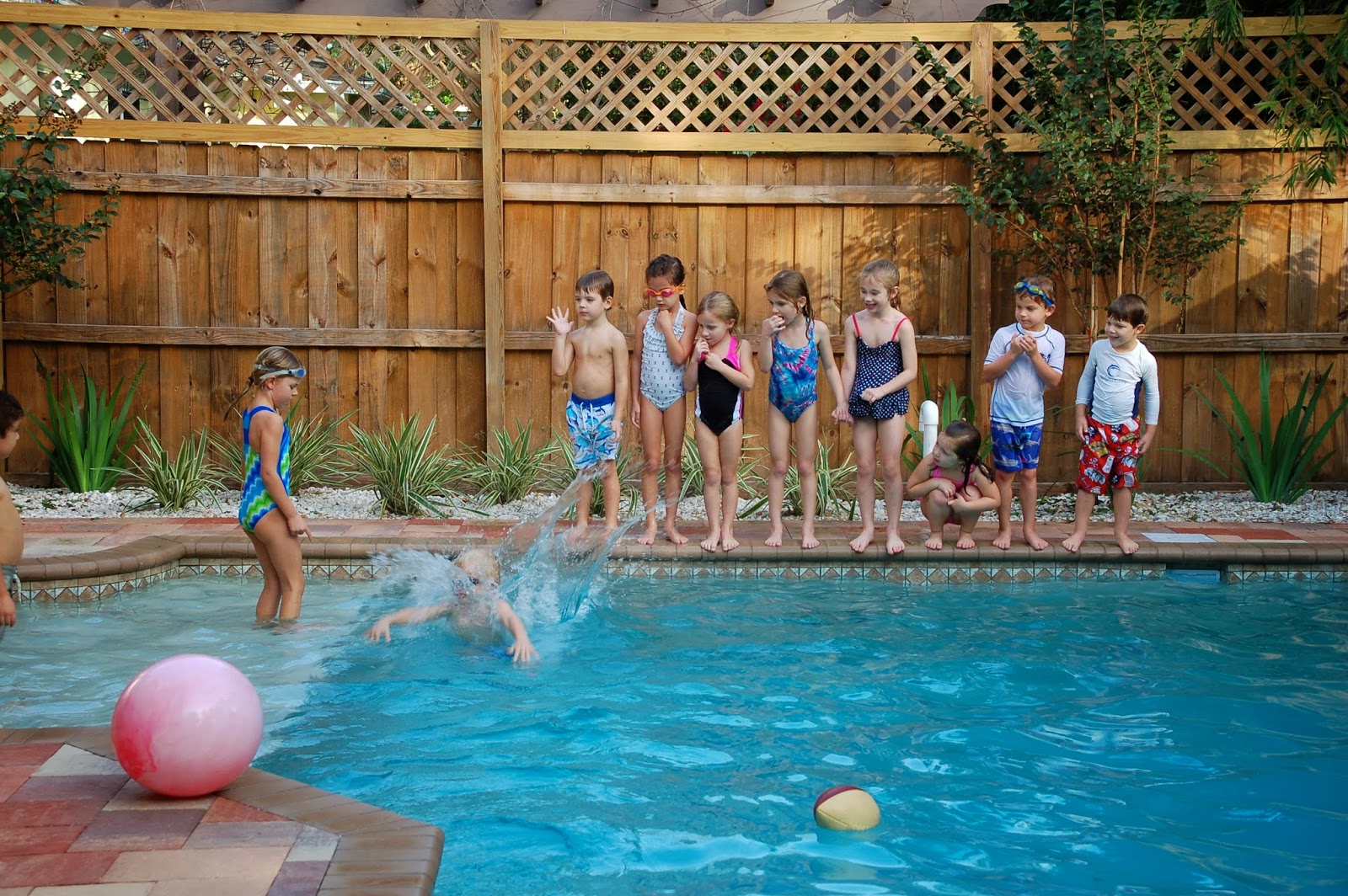 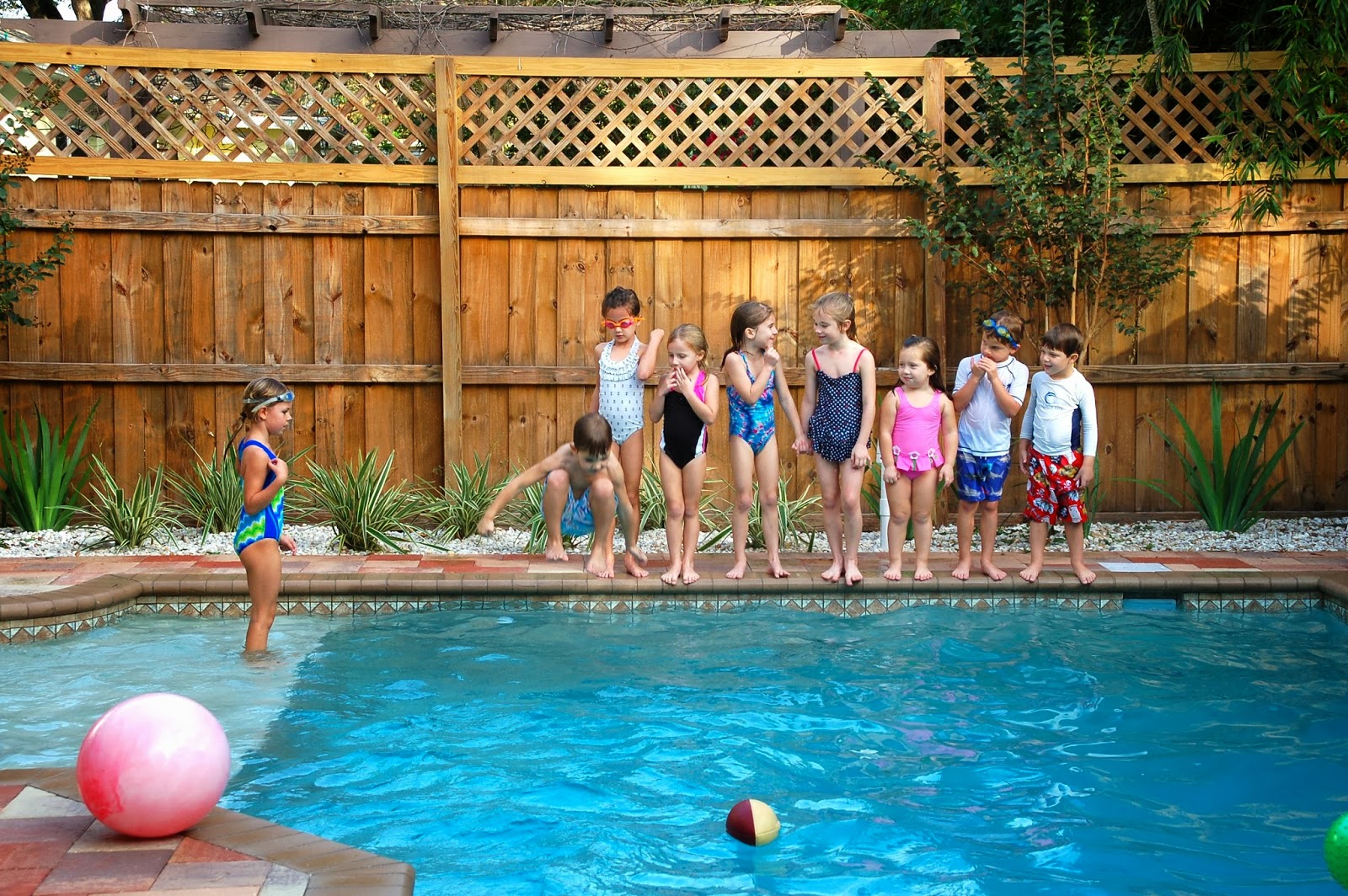 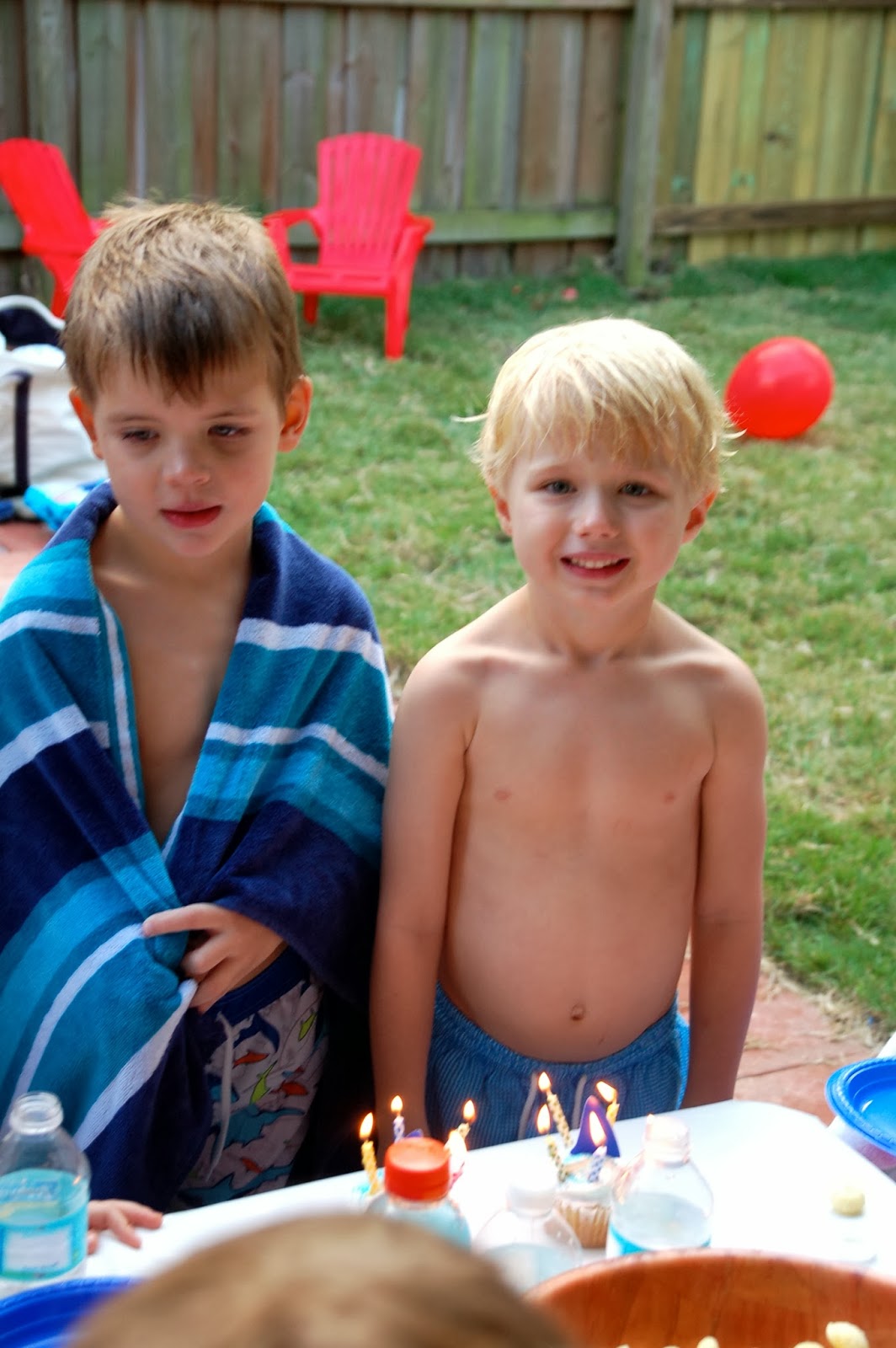 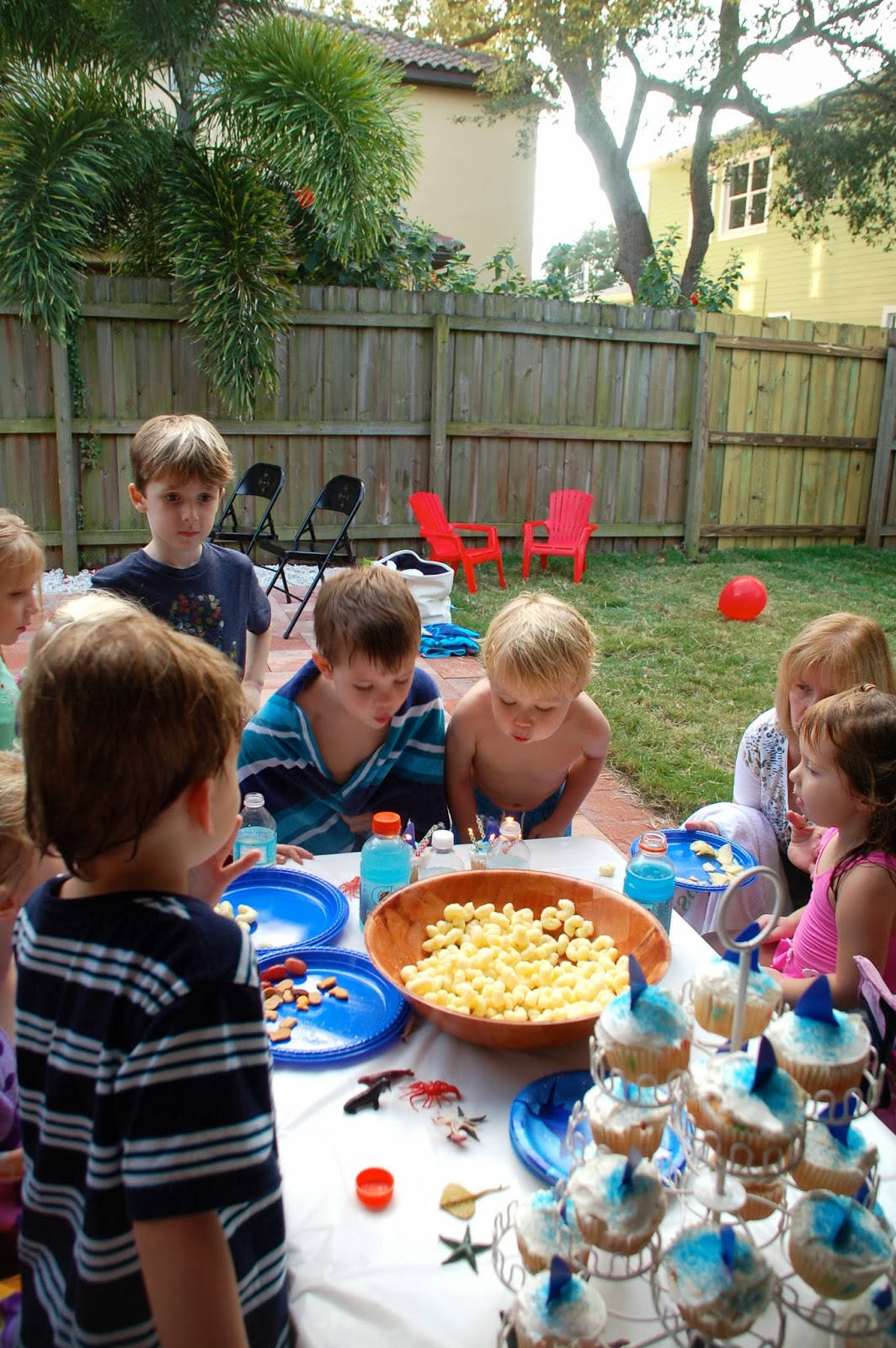 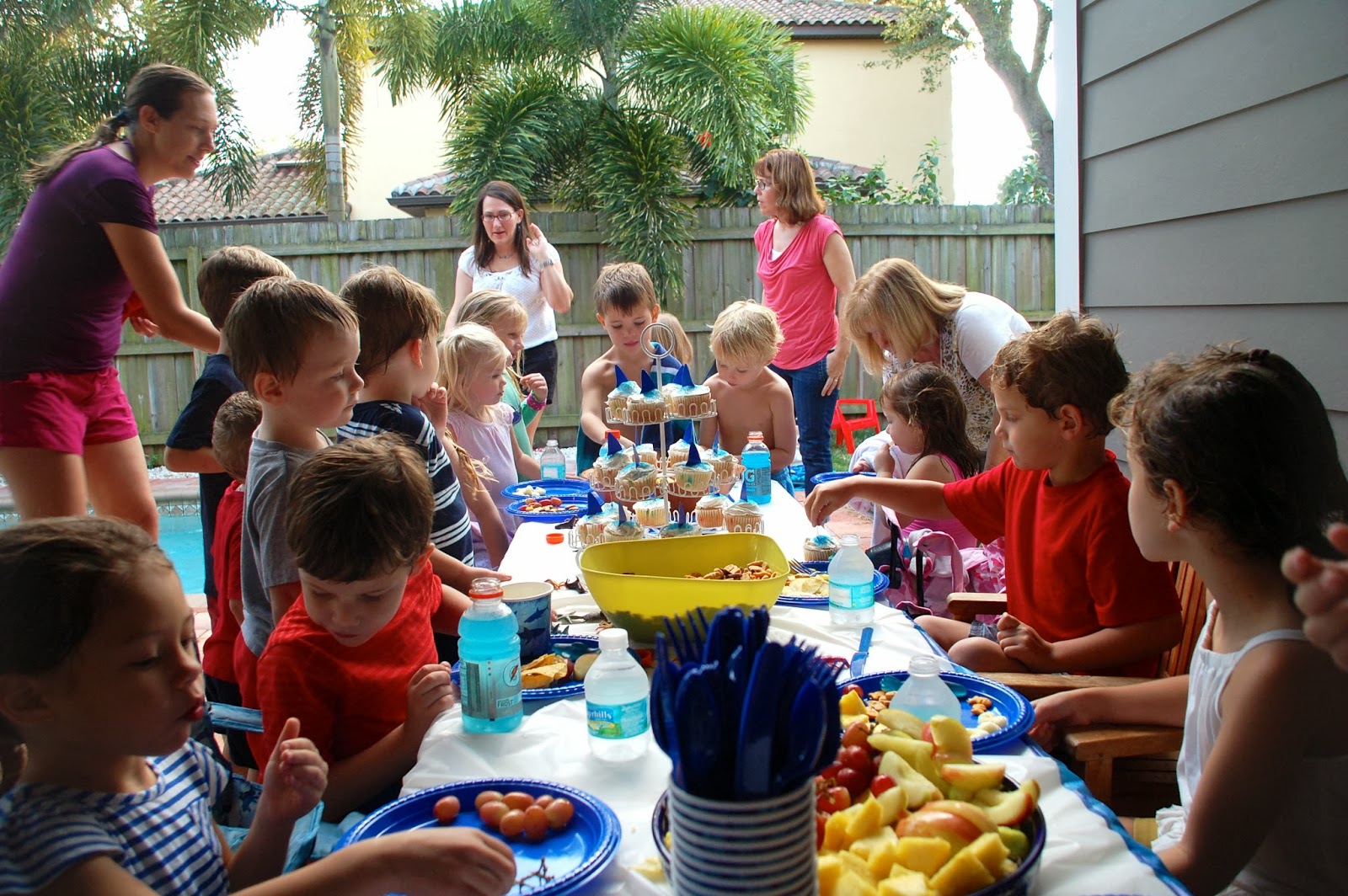 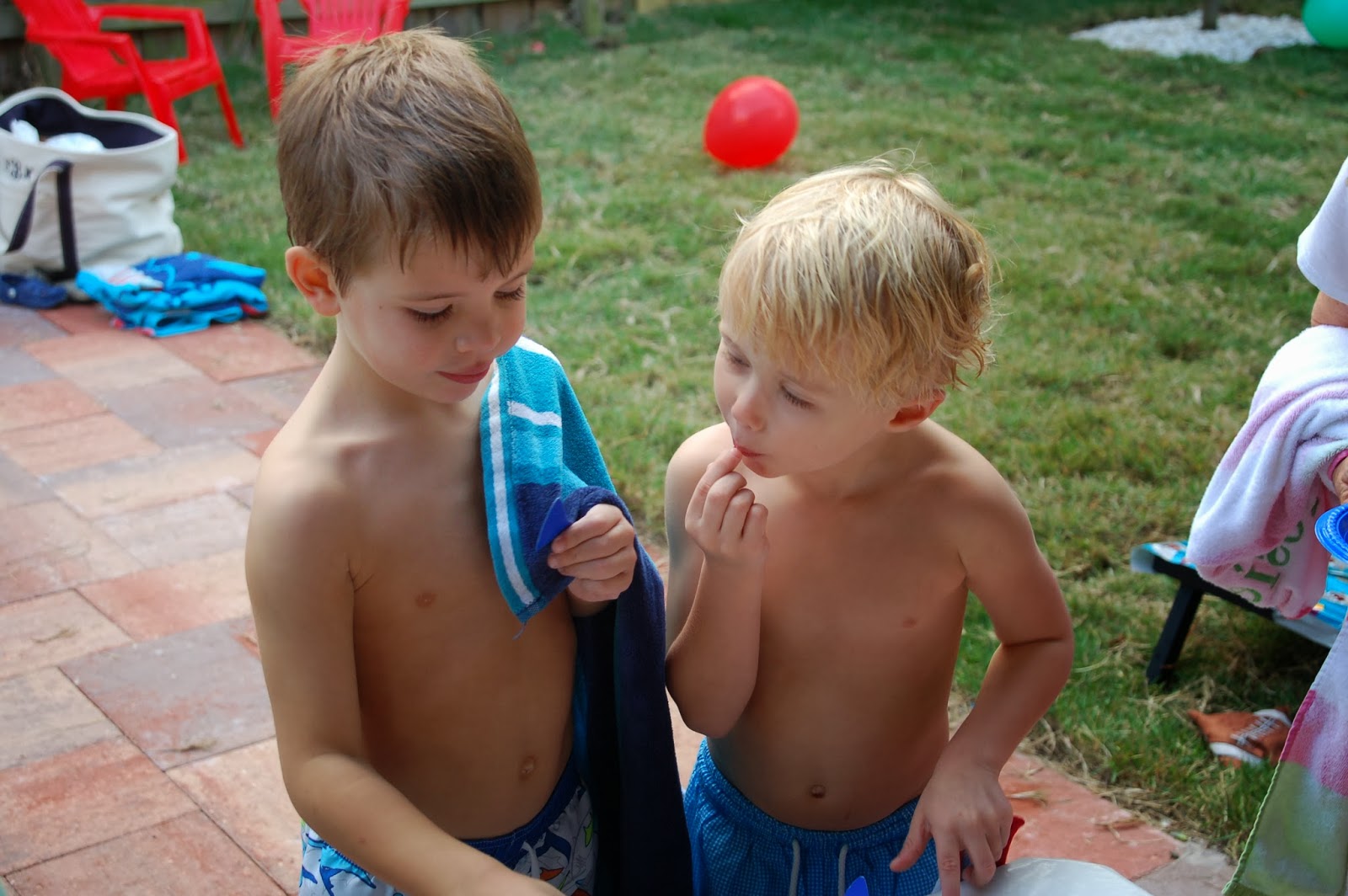 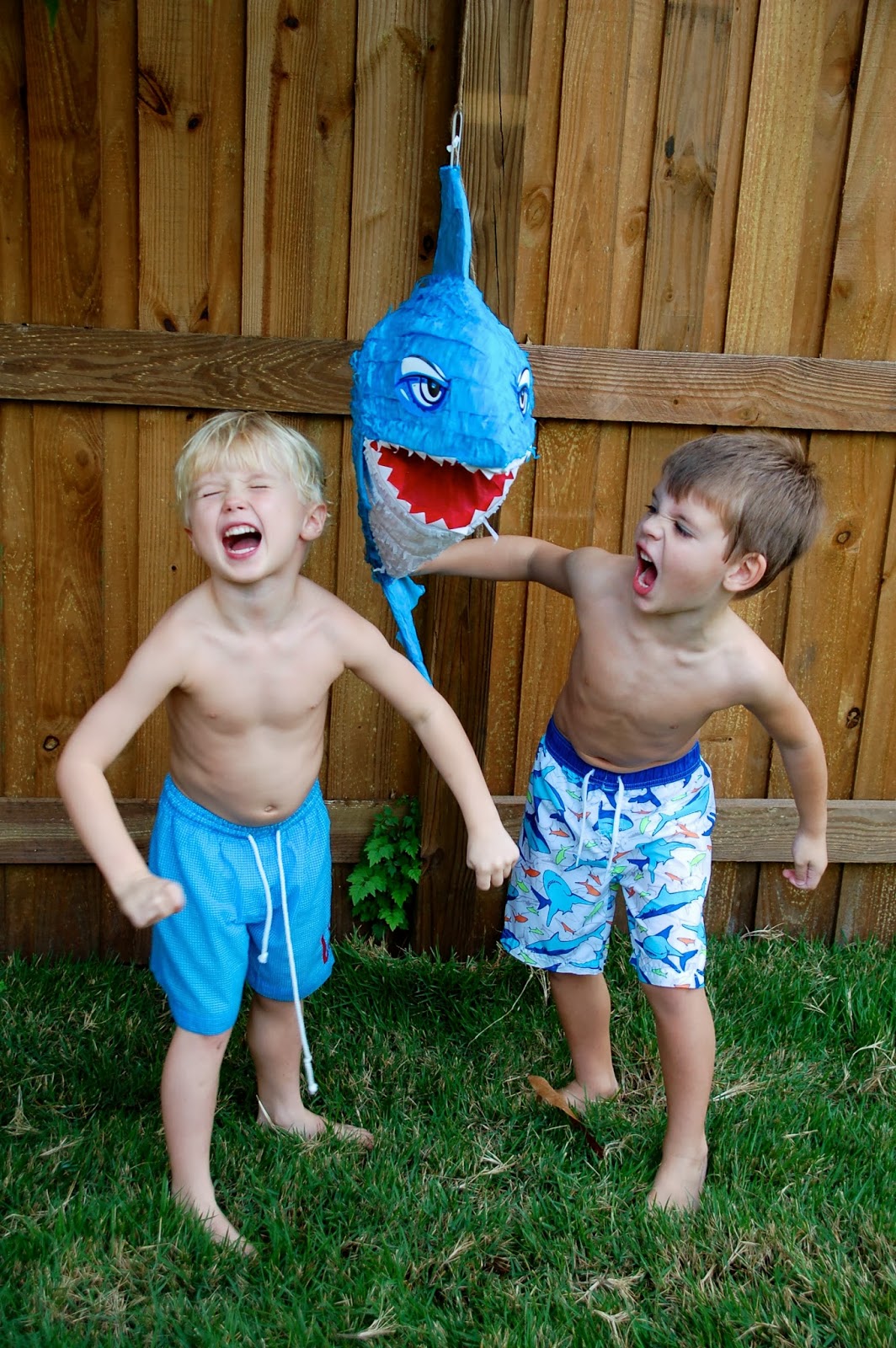 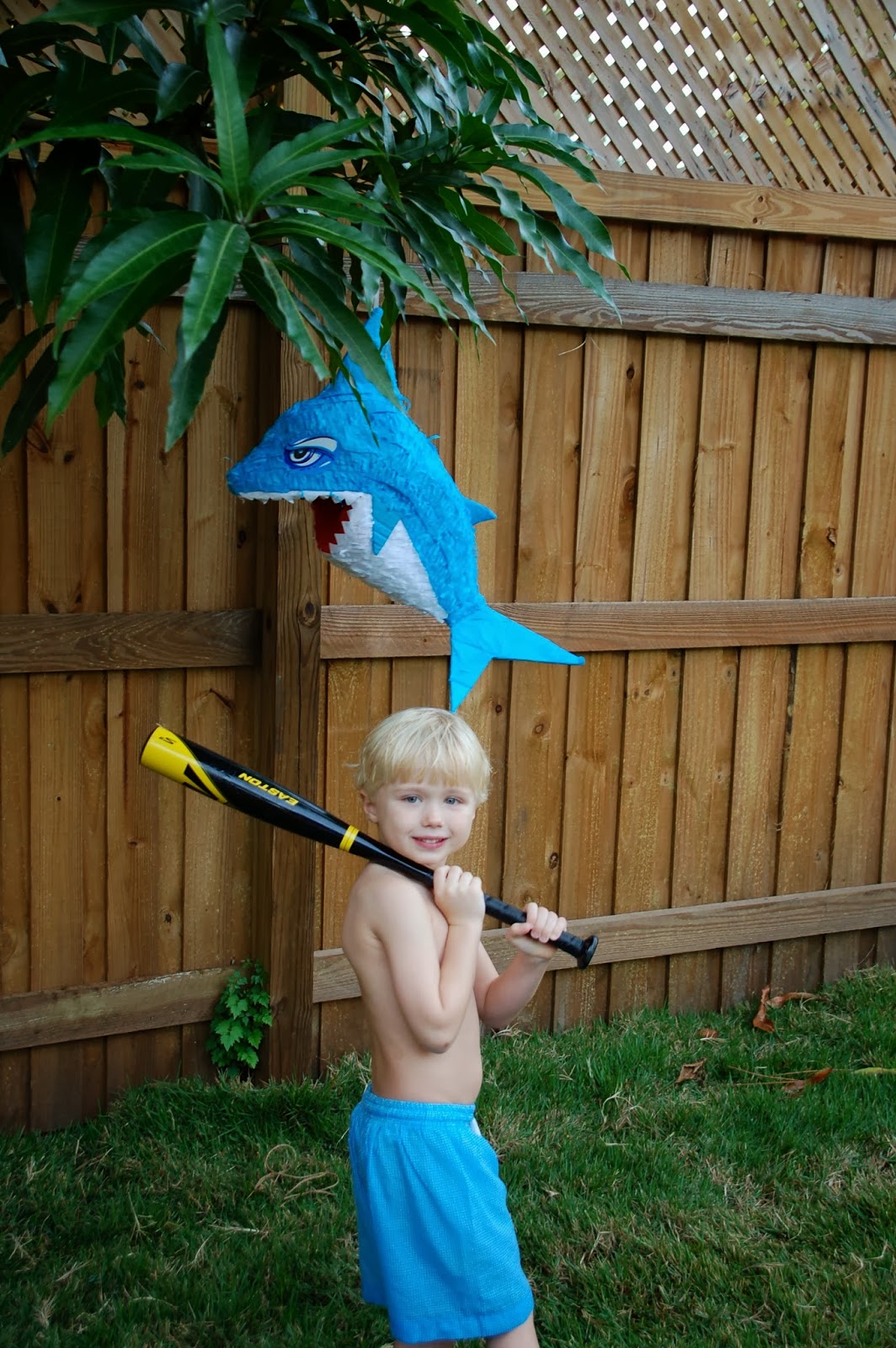 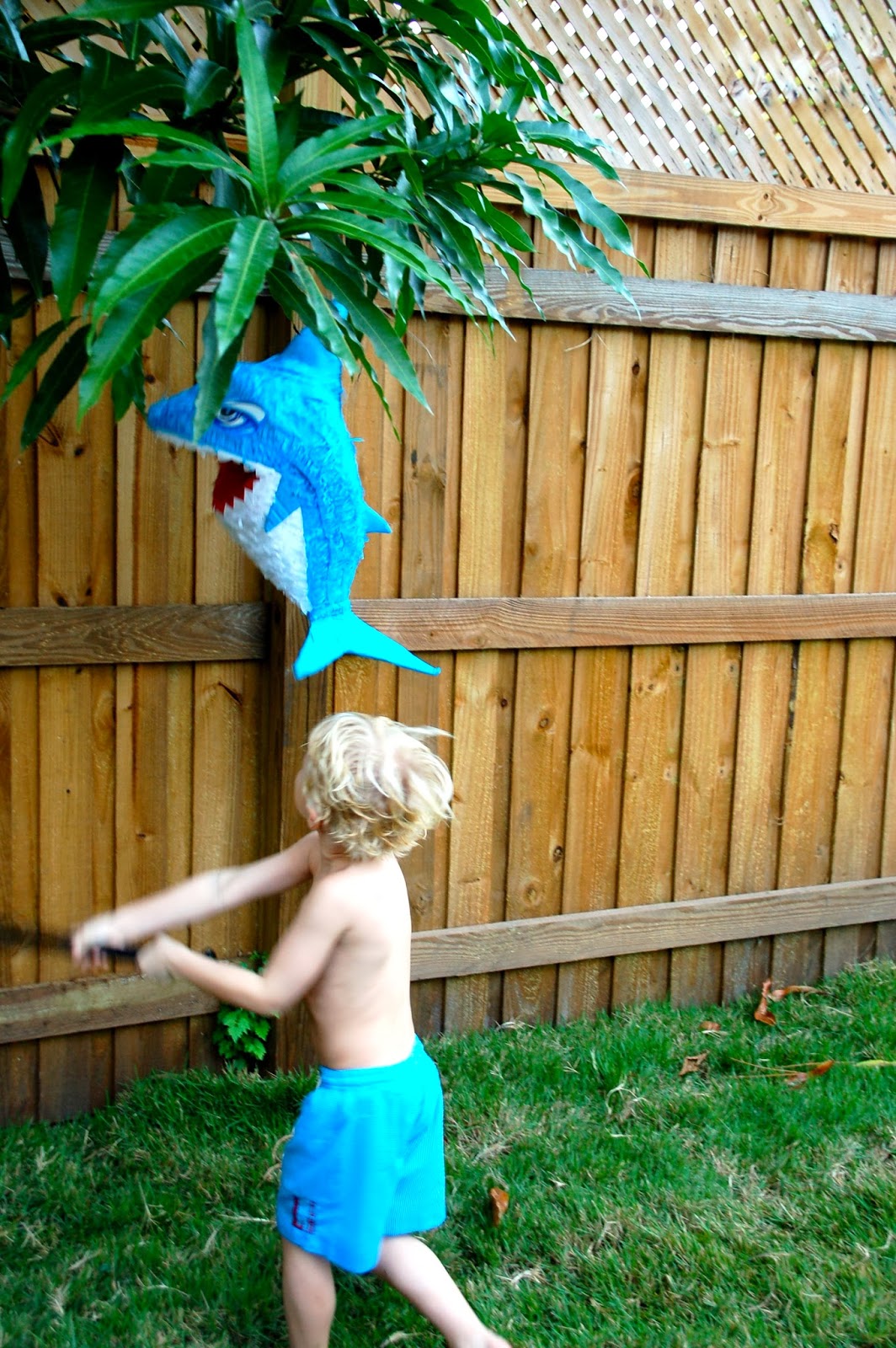 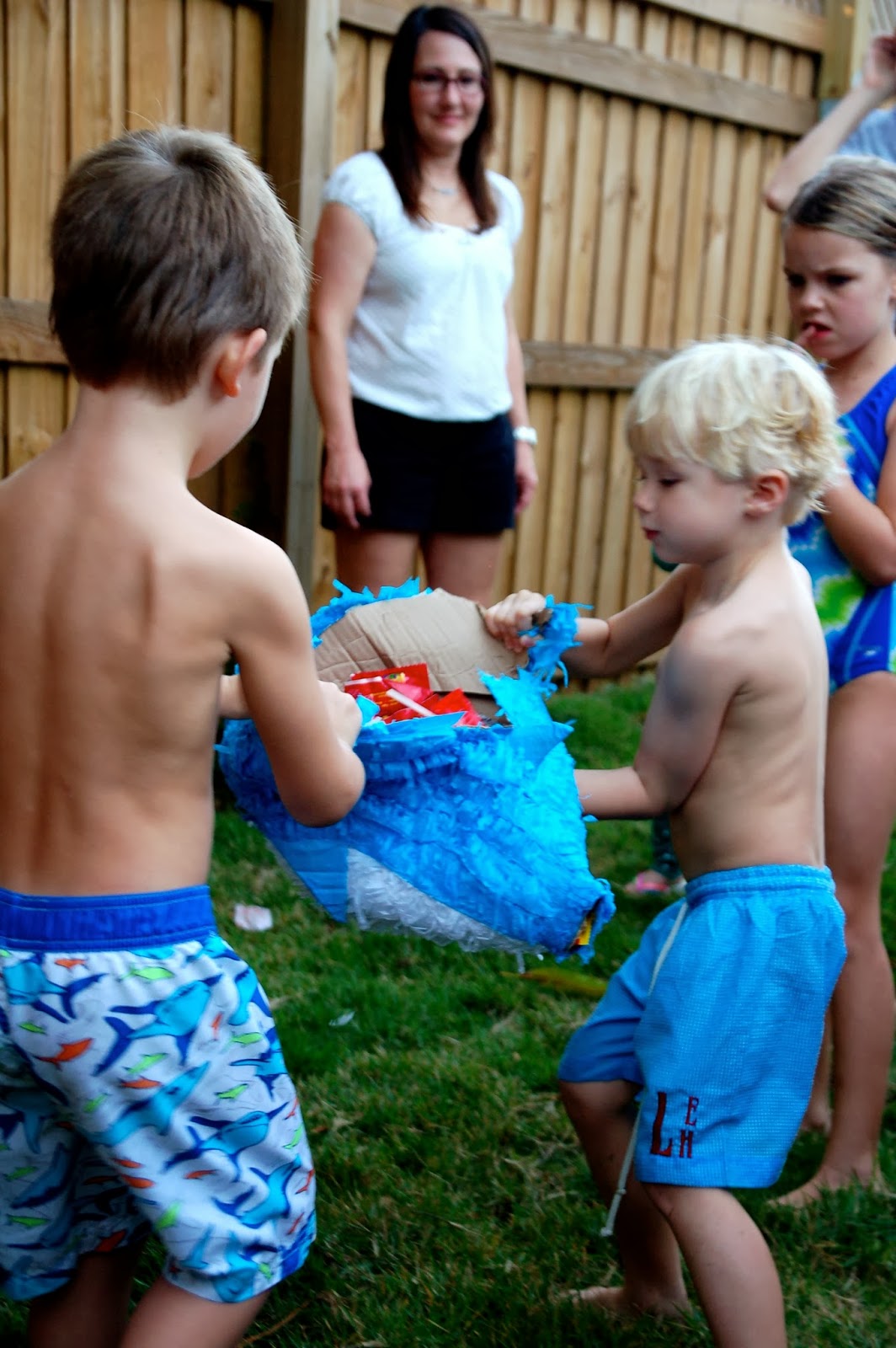 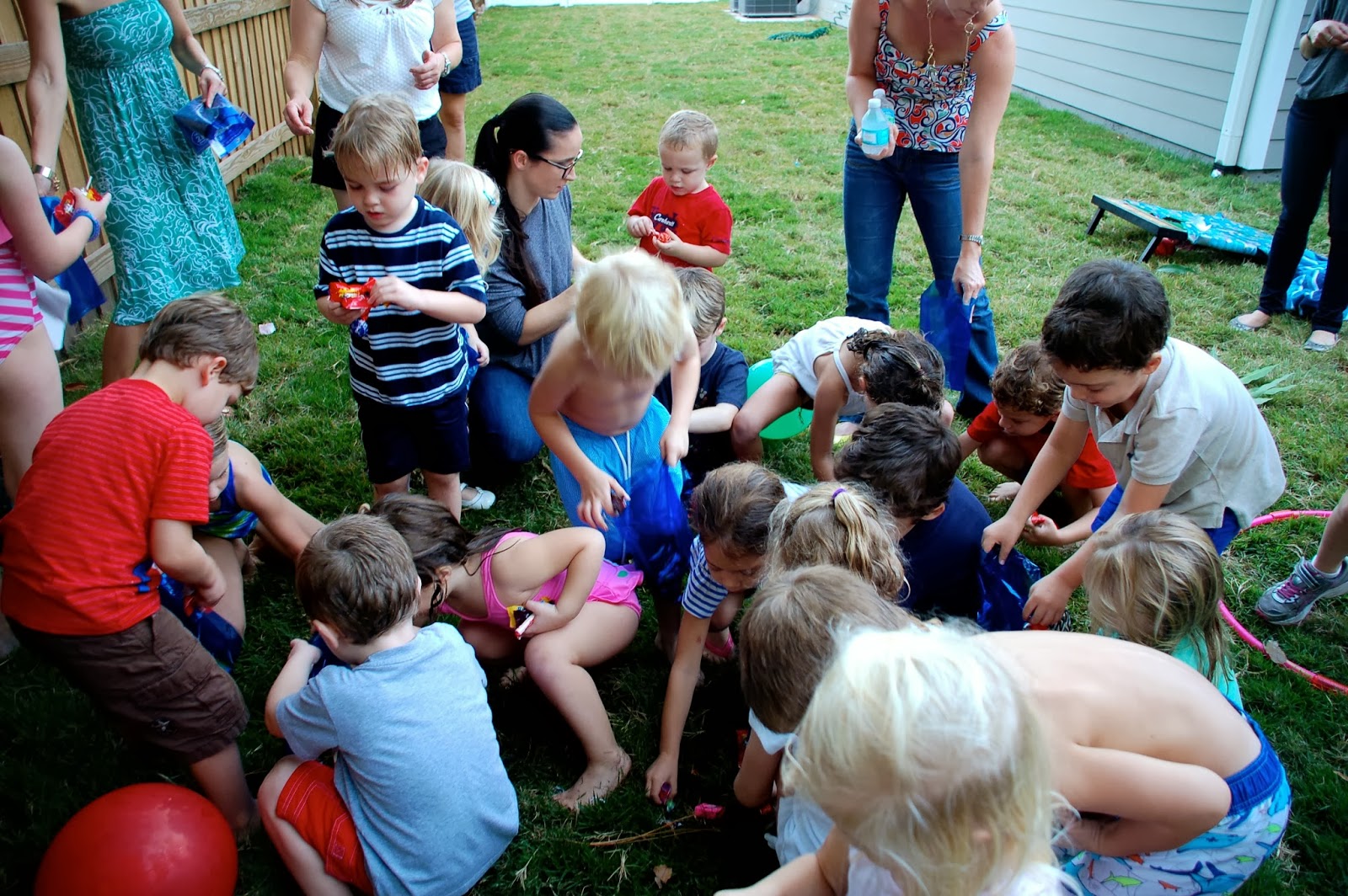 It's a bit ridiculous that I'm reading about a pool party in December! We've been to one at an indoor pool, but an outdoor one...just crazy! Looks like everyone loved it.