Georgia had Thursday off from school, and since she couldn't go to Bible study with us, she and Grandad went fishing! They were both very excited about their day together and had a great time. She proved herself a natural fisherman, and had no hesitations about anything slimy or squirmy. And they had success- caught 5 fish! I think she'll grow up feeling very natural on the water! 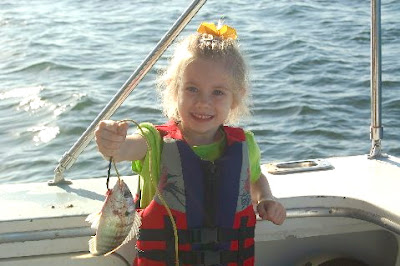 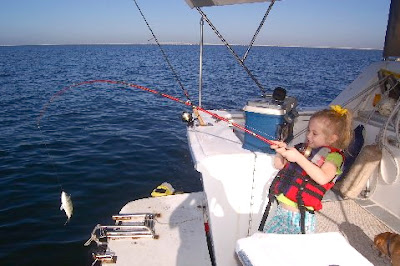 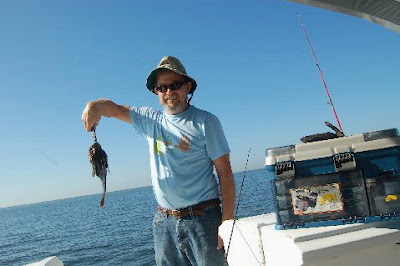 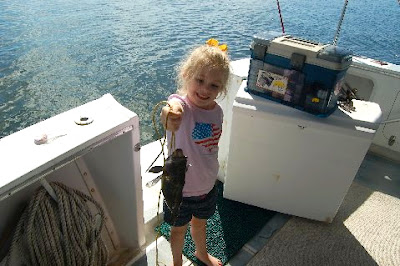 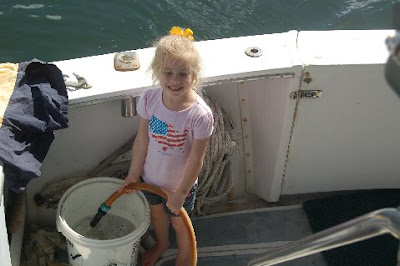 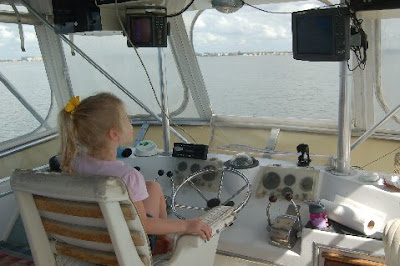 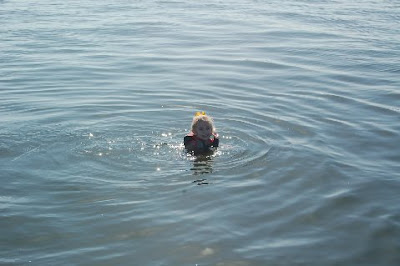 We they got back to the dock I took some more pictures and a little video asking her about her day: 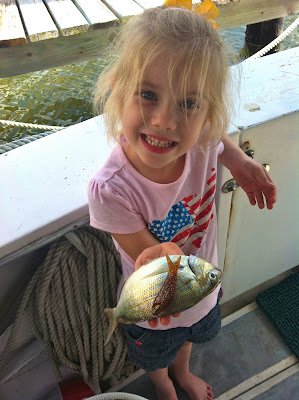 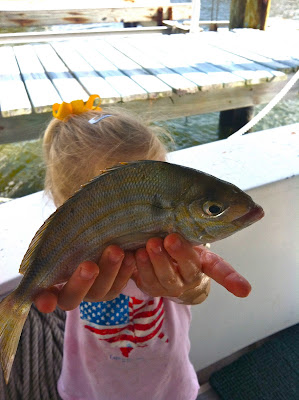 Of course little brother was dying to try out that fishing pole. Grandad had a couple extra shrimp and let him stick them in the water for a few minutes. Wouldn't ya know it- despite his squirming, bouncing, chattering- within 5 minutes he caught a stingray, then a big catfish! He, however, did NOT like the squirmy, slimy stuff and did NOT want to get anywhere near his catch, even for a picture!! 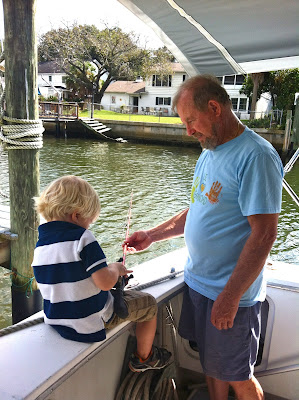 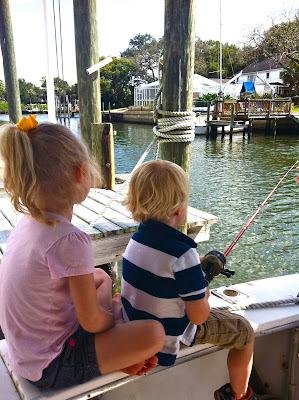 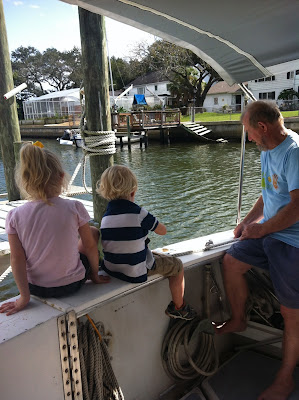 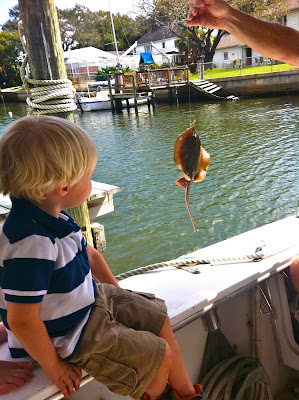 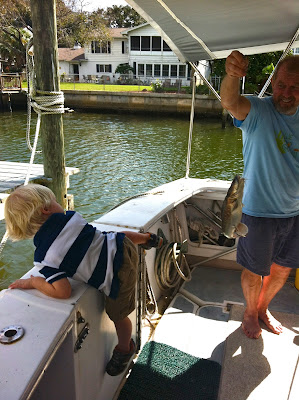 a great day -- a wonderful memory. we will have many of these days to come. cant wait for linc to get ready for this ..... hisday is coming ----- granddad