When we started prepping for Halloween at the beginning of October, we asked Georgia what she wanted to dress up as. I thought for sure it would be one of her favorite princesses, and was already planning in my head how I was going to convince Lincoln to dress up as Prince Charming- maybe if I let him carry a sword? The pictures would be so cute! But the answer she had ready was not the one I was expecting- SUPERHERO'S!!
As in capes and masks? -yes!
As in Batman and Robin? -yes! And Super Girl!
As in fighting bad guys and saving the day? -yes!
As in NOT a princess?? -yes! We can ALL be Superhero's!!
Alrighty then! I can work with that! And the guys were definitely more excited about that idea. I had seen a couple of friends make capes for their kiddos, and it seemed like a project I could handle, so I went looking and found this tutorial, which I loosely used. They took me a little bit of time (mostly bc everything I do is interrupted 157 times) but turned out cute and will hopefully be used in many Superhero escapades to come! 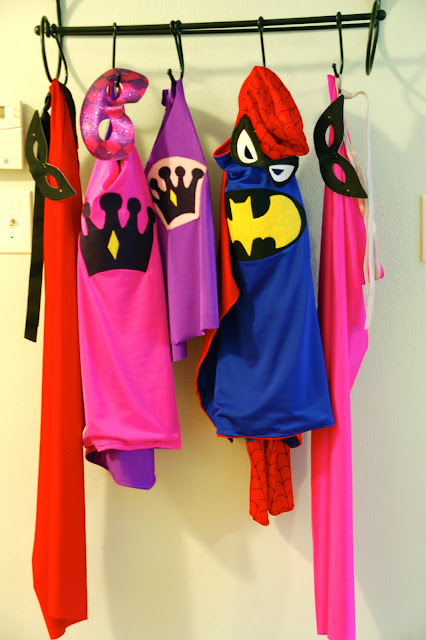 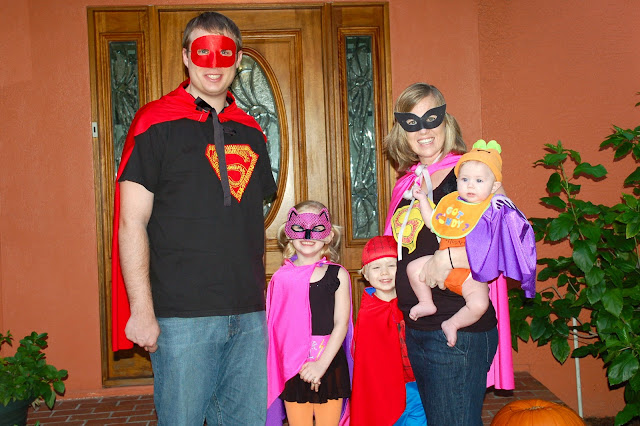 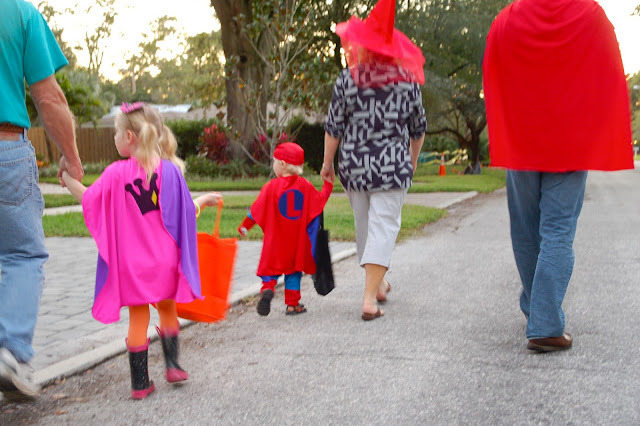 Love the pics and costumes! Good talking to you today!