Lincoln has been through a lot of changes this past month. Right before my eyes my baby is disappearing! Those last few ties to babyhood are going, going, gone- but I suppose that's ok with Baby Sister scheduled to appear in less than 5 weeks. I'll get to start all over real soon!
So, what's my big boy been up to?
Well, you know we've been potty training. That's still a work in progress- some days are perfect, some days we're all frustrated. But overall, we're moving steadily towards being trained and a little further away from training. Which is good since I'm contractually obligated to have him off diapers before the next baby comes along and needs them! ;) 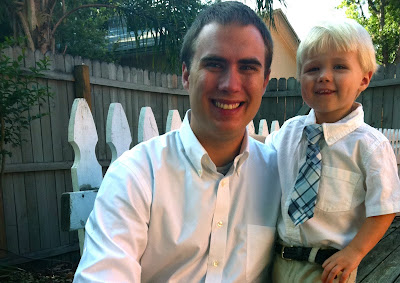 He's also moved out of the crib and into a big boy bed. (Well, its just the twin mattress and box spring on the floor in his room- I don't even have real bedding for it, but it works just fine!) We were going to wait to make that move sometime this summer since there's no real rush; Baby Sister will be in a cradle for awhile. But Lincoln kept crawling out, every day, coming to get us in the middle of the night, in the early am, during nap time... so we decided we might as well put him in a bed that wasn't a 5 foot drop to the hardwood floor! (Being the little monkey he is, he never actually experienced that drop, though Larry did find him hanging by a stuck leg once. Ouch!) 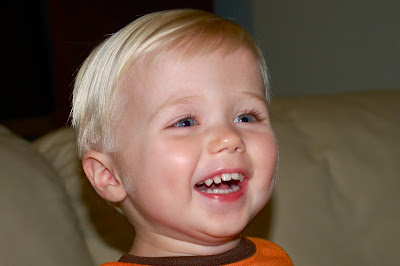 So, he dropped the diapers and the crib- what was left? The one thing I was probably holding on to as tight as he was... Paci. We took Georgia's paci at about 13 months, when she started making a game out of throwing it out of her bed, but for some reason I let Lincoln slide with his. Probably because he's a 2nd child, and he slept SO well with it! Nap and bedtime were so easy with him- give him paci & blankie, lay him down, asleep within 5 minutes, almost every time. Why would a momma mess with that?! I've know it was probably past time, at least according to our household rules, but, like the potty training, I was not looking forward to the learning curve I knew came with such an action.
Then, like the crib, he kinda made the move himself. One morning he woke up and showed me he'd completely chewed a hole in the end of paci. (oh yea- he's also finally getting his 2-year molars, so another fun change going on!) So I had to take care of that- broken paci's are not very safe, even if they do help usher in sweet sleep! I snipped the whole end off and handed it back to him. Of course paci didn't work then, and he told me so, then told me "we need to go to the store quick quick to get batteries for Georgia's camera and get a new paci". Nice try, little boy! So, he's finally getting used to the idea of falling asleep without paci, but it's definitely been another learning curve. A few days ago, after we heard a crash in his room at nap time, Larry found he'd fallen off the changing table somehow, (only a minor bump, no serious injury) where he'd been perched looking out the window for who knows how long! It was a very grumpy week with so many hours of sleep missed! 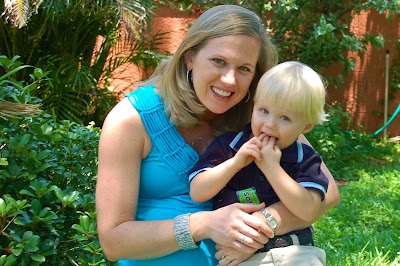 Despite the hard-to-miss fact that my baby is most definitely becoming a big boy, and that is always sad to a mommy, it's fun to watch him figure out the world in new ways too. He's big enough to sit on a barstool and paint with sister... 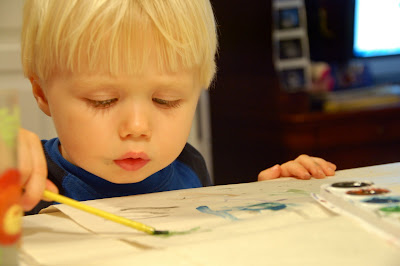 He's in love with baseball and constantly wants "mommy, you throw the ball and I hit it with the bat"- which he actually manages to do 2/3 of the time! He's got some skills! 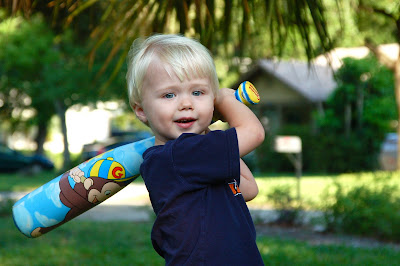 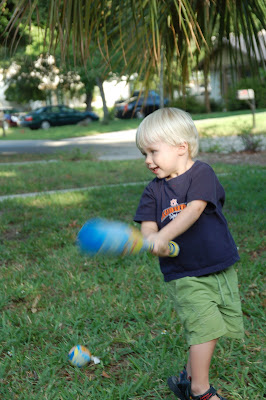 And he's memorized "The Fire Engine book", so will tell it to us at bedtime! So great and adorable!! 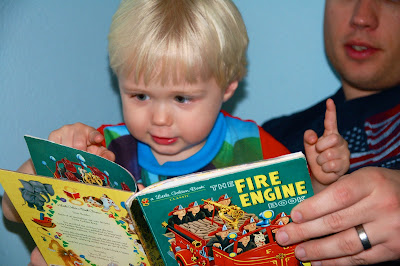 I know it's all part of mommyhood, watching these sweet babies of mine grow up, but I must admit my hands are starting to itch to get back on a tiny, sweet-smelling, new bundle of joy! -Or maybe that's just my belly itching as it continues to grow to an astronomical size! ;)
Posted by Kathryn at 7:54 AM

Great update! What a BIG boy, and I'm so excited that he loves baseball! Maybe he got that from me - haha. I can't believe how fast he (and Logan) are growing up! Maybe I will get motivated to potty train soon, too! Miss y'all! Give hugs and kisses to Linc and GA for me!

Adorable! I love the pic of him telling the story. Love and miss you guys!

You should see him read the fire engine book- he doesn't miss a word! It is too precious, and he is definately an auditory learner as he seems to memorize songs and books so quickly! He is our presious angel and ALL boy!! Love Grammie