Georgia has loved her little dance class this year, and Ms. Lisa and Ms. Kristen did a great job teaching them a little routine for their recital. It was yesterday, and even though we were very late arriving from a birthday party, and I had to throw Georgia in her tights, and pull her hair up in a bun so quick in the parking lot, and run her backstage where her teacher gratefully grabbed her up and put her in line with her class (because she knows the dance the best and the other girls were supposed to watch her)- Georgia still did a great job, had fun, and was adorable! :) Unfortunately the girls got put in the wrong order, which caused much confusion at the part when they were supposed to prance around in a circle, but it was fine, and not their fault. They finished with smiles, and that's all that mattered! And did I mention they were adorable?! :) 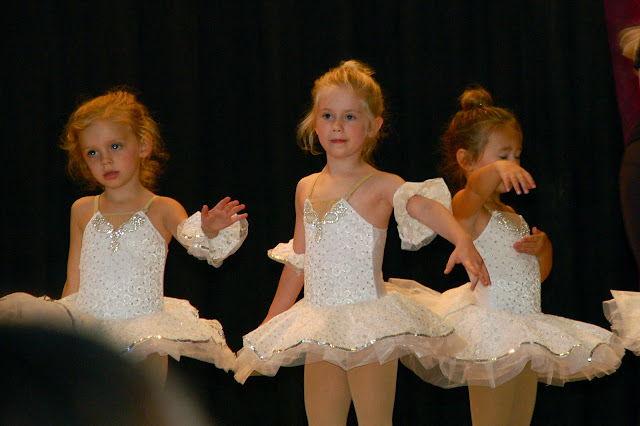 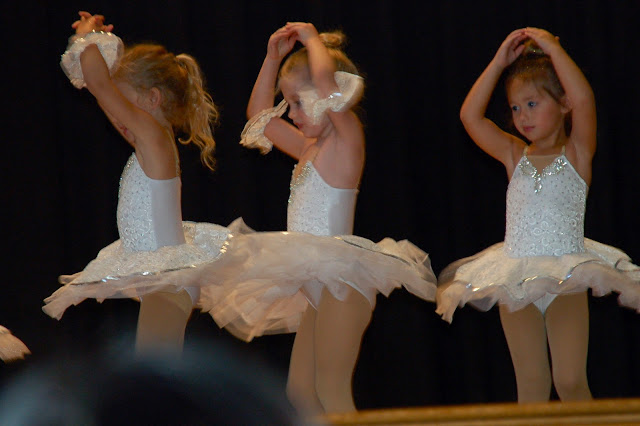 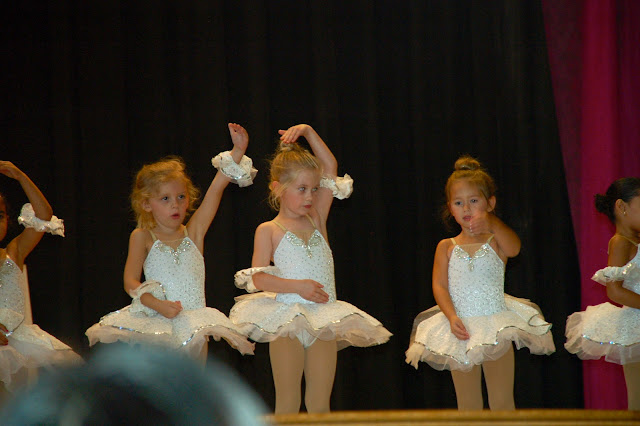 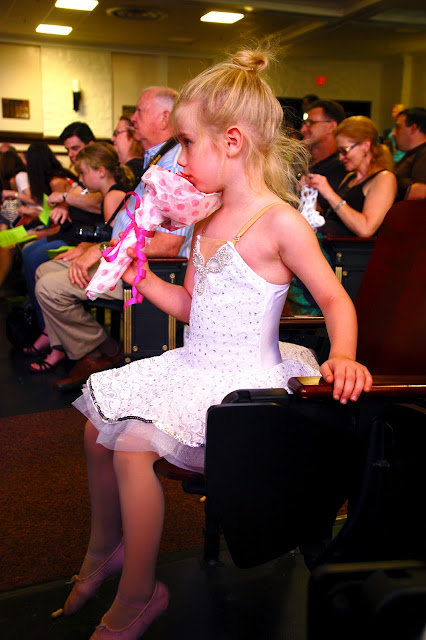 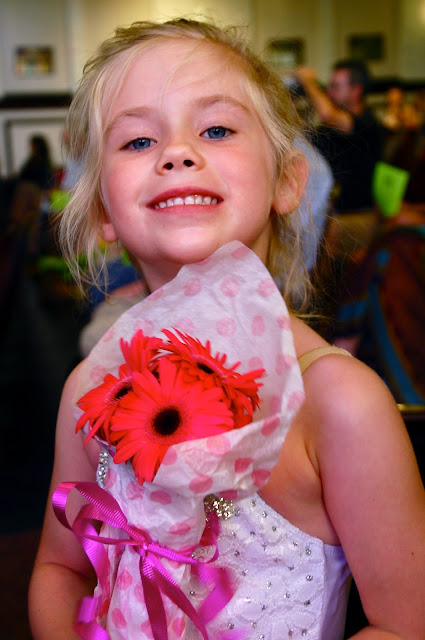 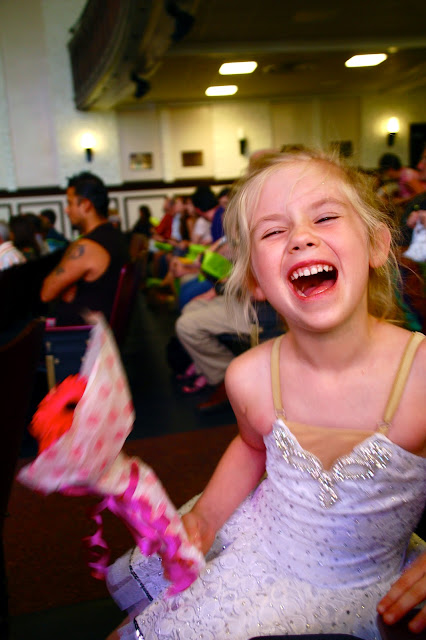 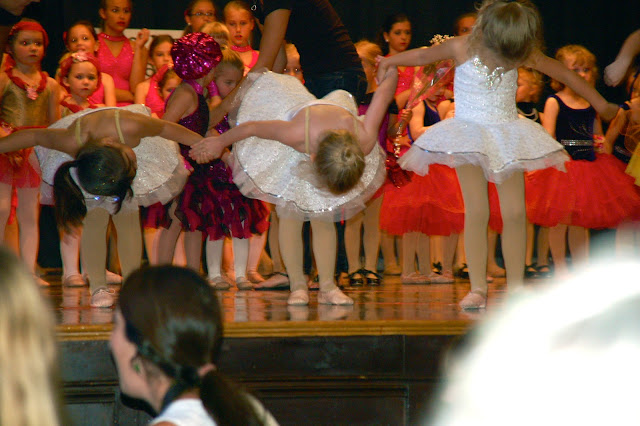 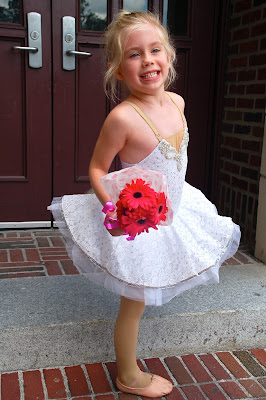 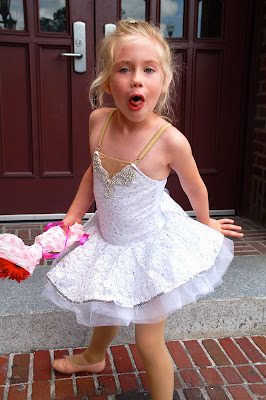 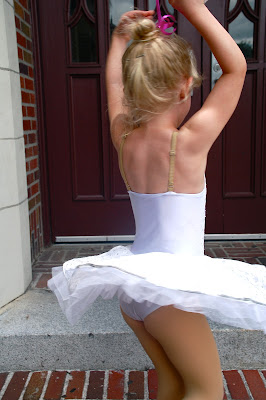 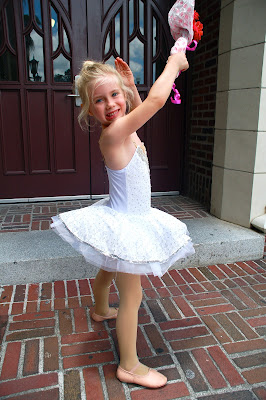 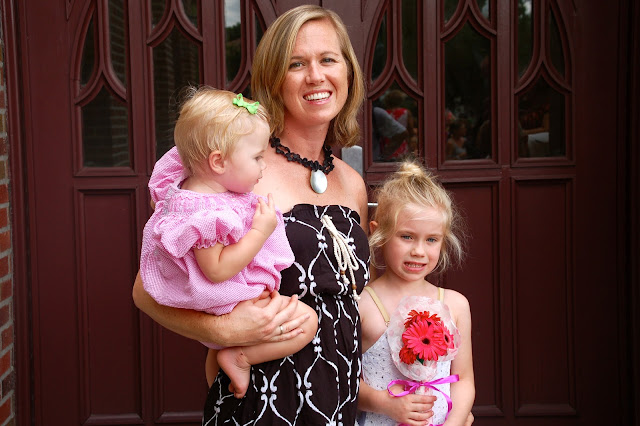