Letter of the Week- D

Last week's letter was D and it was Delightful! 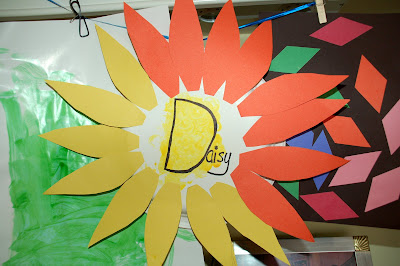 D is for Dot- We did several Dot activities. I had Georgia Dot-paint a big and little D that I got here. Then we made it a Dot D- I cut out the big D she had colored and we glued it to another paper. Then I had her frame the D with little Dots I had hole-punched out of different colored construction paper. This was good for her fine motor skills too, in picking up those little Dots! 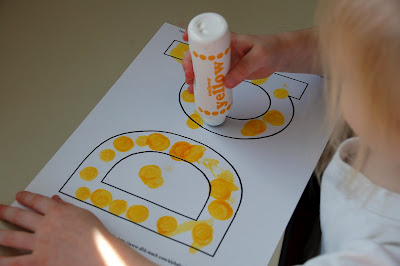 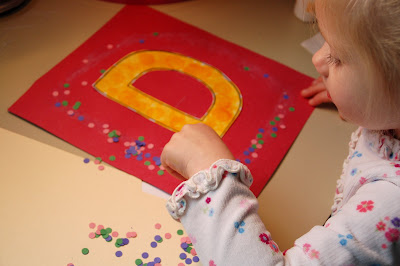 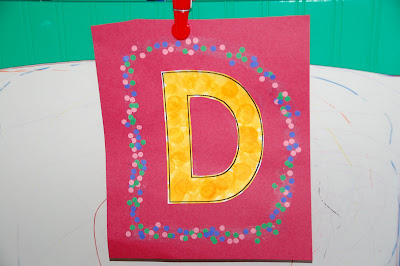 Another Dot D we made was using Dot stickers. I drew a big and little D in pencil on paper and had Georgia place the Dot stickers on my lines, to form her D's. She loves anything with stickers so this was a fun one! 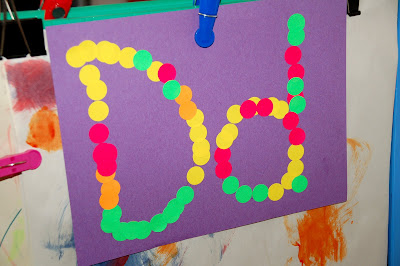 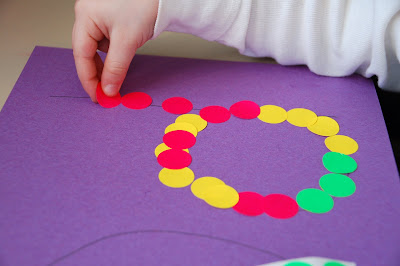 D is for Diamond- I liked this activity because it helped her with her shapes too. We made a Diamond collage by gluing different colored Diamonds to Dark paper. I also had her match triangles to form Diamonds, but she insisted they go on their own paper! (Somehow we lost the other half of the red one before it became a diamond!) 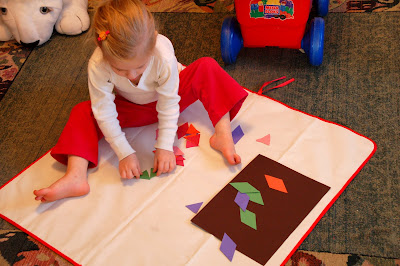 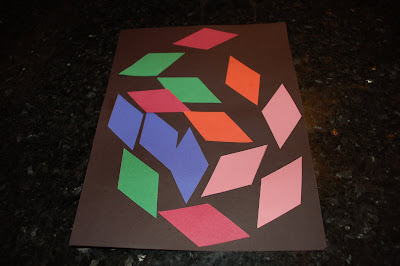 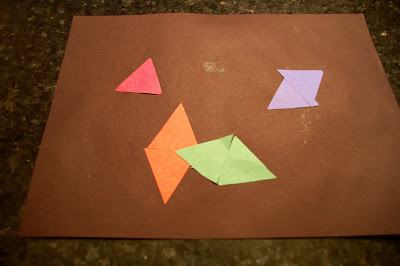 D is for Daisy- We made a Paperplate Daisy together too. First I had Georgia paint a yellow D on our plate- we used the cut end of a carrot to Dot the paint on. It was fun to use a different kind of painting tool! She wanted to fill in the middle of the D... then, I had cut out yellow and orange Daisy petals and had her glue them around the edge of the plate. I suggested alternating the colors, but she had to do all yellow, then all orange. She can be quite particular about these things! :) And we had a very sunny Daisy in the end! 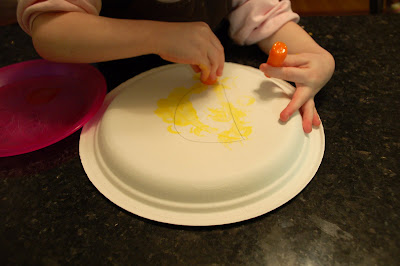 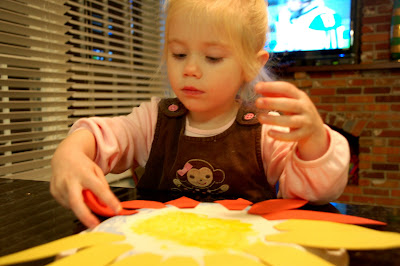 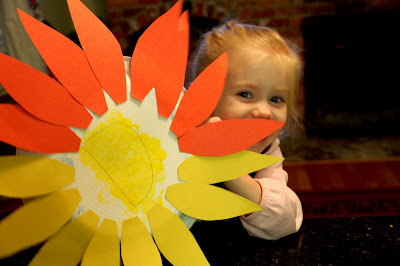 D is for Donut- I had intended on making Donuts at home, but instead we had a special Dessert trip to Dunkin Donuts one night with Daddy- that was a big D night! :) Delicious!! 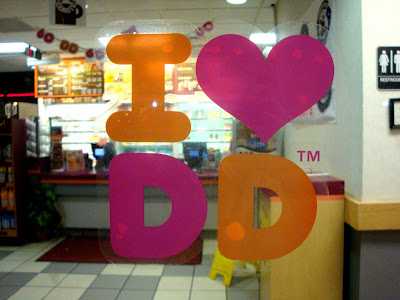 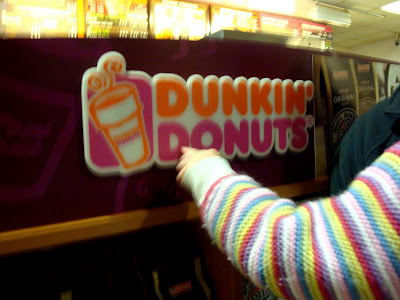 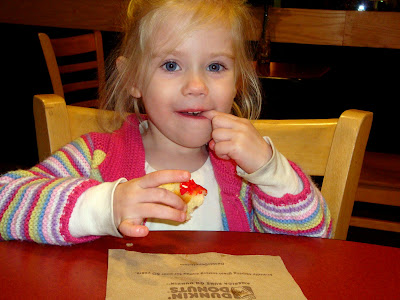 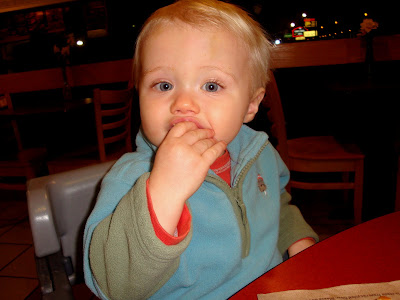 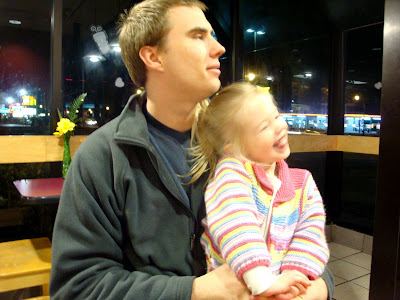 D is for Dinosaur- In addition to reading a great Dinosaur book, we also practiced writing on our Dinosaur D sheet. I haven't done any writing practice with her before- no reason why- I guess I thought she wasn't ready. But, encouraged by other bloggers, I tried it this week and she did really well! She's still figuring out how to hold the pen/marker- honestly, I think she still doesn't know if she's right or left-handed yet! She still uses both to color, eat, even cartwheel. Regardless, I think we'll try more writing practice in our future letter-weeks. I put the tracing sheet in a page protector so we can wipe it off and do it again. ( I did the top row of upper-case D's, just FYI! She's not that good yet! ;) 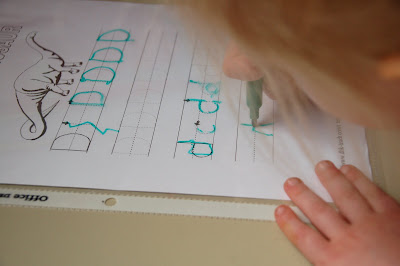 We're doing D this week and I have a trip planned to Dunkin Donuts too! I have not done any pre-writing with Molly. I guess I should try it b/c, like you, I guess I've thought she's not ready yet. And the daisy turned out very cute, even with Georgia's particular ways. :)

She's a darling, dear, delightful girl who seems to grow up daily before our eyes. She's also blessed to have a mommy who'd daring enough to do all of this stuff with a 2 year old! Love Grammie, who just likes to watch and laugh with her girls!

i love that daisy! samil LOVES to glue so i bet he'd love it :) looks like you had a great week