Letter of the Week: G

Last week we had an exciting letter- G for Georgia!! Of course, whenever I'd try to get her excited about "G for Georgia!" she'd tell me "and G for George monkey!", referring to her BFF Curious George! Although I missed several key photo op's for this week, let's take a look at what I did capture:
G is for Guitar- We copied the Sellers and made a G-guitar. Georgia really liked doing it and tried to "play" the guitar when we were done. And she kept saying, "like daddy's guitar!" And, yes, she did get to help daddy play the guitar one night, but that was one of the photo op's I missed! 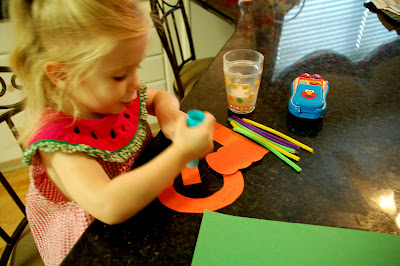 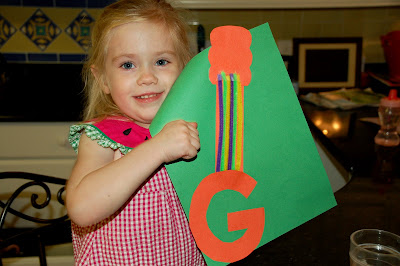 G is for Garden- we did some major planting for Grammie & Grandad's house one day. We filled 12 pots of all sizes with a variety of pretty flowers. Both kids loved helping- they put on over sized garden gloves and had their shovels and were throwing the dirt out of the pots faster than I could put it in! They happily "helped" me for about 2 hours, but since I myself was up to elbows in dirt, I missed the gardening pictures. You'll just have to trust me that they were adorable gardening helpers! Here's some "After" pics: 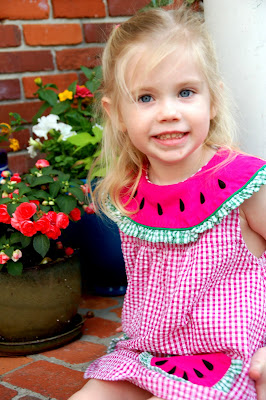 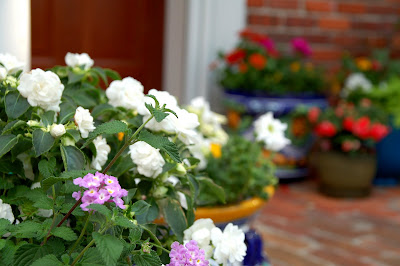 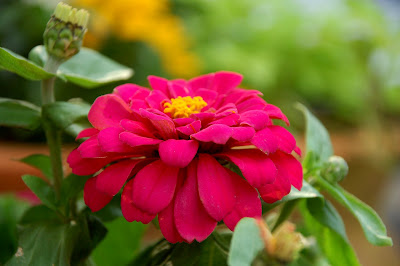 G is for George's Garden- Georgia's buddy Rollins gave her this great Curious George Prehistoric Garden kit for her bday, and this was a great week to get it out and planted. We mixed the water & dirt, laid out a gravel path and added some lava rocks, then carefully planted our seeds. Then we put the top on, put it in the windowsill and hope something grows! :)
Little brother read the directions from my lap while Georgia planted. 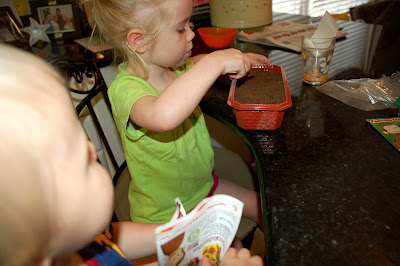 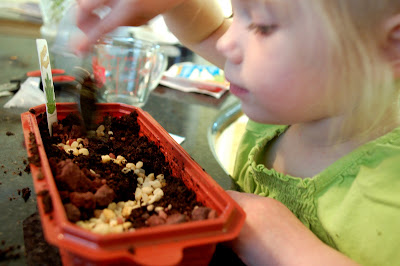 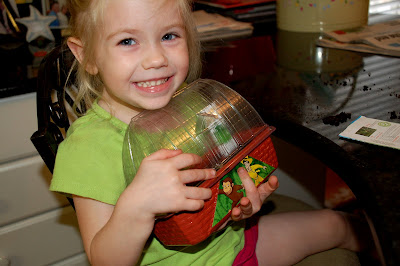 G is for Giraffe- We read Georgina the Giraffe about a spirited giraffe that gets herself into trouble by showing off. A fun book Grammie gave us a while back! And I tried and tried to think of a giraffe-craft, but time and imagination ran short! 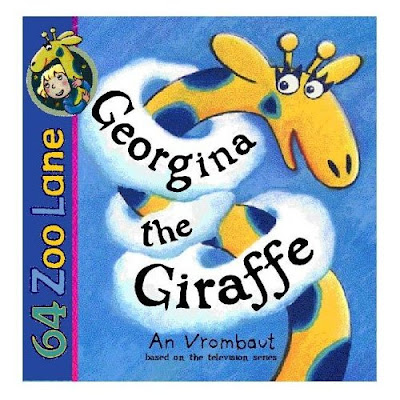 G is for Georgia!- We have a name puzzle for Georgia that I'd put away high on a shelf b/c 1) she'd outgrown it and could put it together really easily, and 2) I was afraid she was going to lose a letter! But we got it back out for this week and she enjoyed putting it together again, pointing out the G's to me, and spelling out her name. Then we traced the letters onto a big piece of paper to spell Georgia and she colored them. She still is NOT into coloring and refuses to learn how to hold a marker/ crayon/ pen more correctly- any suggestions on how to encourage this? Particularly holding a utensil better? 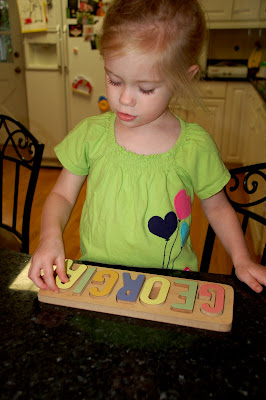 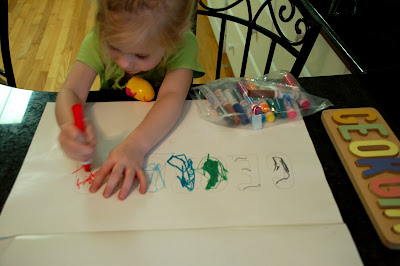 Nice guitar! Yours is a bit more accurate with six strings. :) Georgia did a great job on the Curious George garden! She looks so proud of it.

I saw this today. The next time you need a giraffe craft...http://www.craftsbyamanda.com/2010/04/cardboard-tube-giraffe.html

I just (by chance) stumbled upon your Blogspot. It's great to see such a happy and blessed family.

It's even cooler to see that people realize that those blessings are provided by Jesus Christ!