Recently we celebrated our 9th wedding anniversary, Mother's Day, and my 32nd birthday- another exciting Trifecta! And in the middle of three busy kids, a busted hot water heater, replacing a hazardous clothes dryer, long work hours and 16 hours of class- my husband still managed to spoil me!

Thursday, May 10, 2012
The "traditional" gift for the 9th anniversary is ceramics- Larry got me two beautiful pots to go by the front door with gardenias in them- "First Love" gardenias to be exact! I don't know if that was intentional, but he is certainly my first and only Love! :) And gardenias are one of my favorite plants- I've really been wanting some. We've already gotten two flowers and they are heavenly to smell! Grammie babysat that night so we  could go out to dinner and see a movie- The Avengers, in Imax 3D. Seeing super-hero movies is kind of a tradition for us- we saw XMen the day after we got married on our "Day-Moon"! My gift to Larry was not "traditional"- mainly because I couldn't see him loving a "paint your own pottery" class, or wearing leather pants (the "modern" gift for 9) and those were my only ideas... I got him, or us, rather, a paddle board lesson! We go this Saturday and we're both excited- he especially has really been wanting to try it! 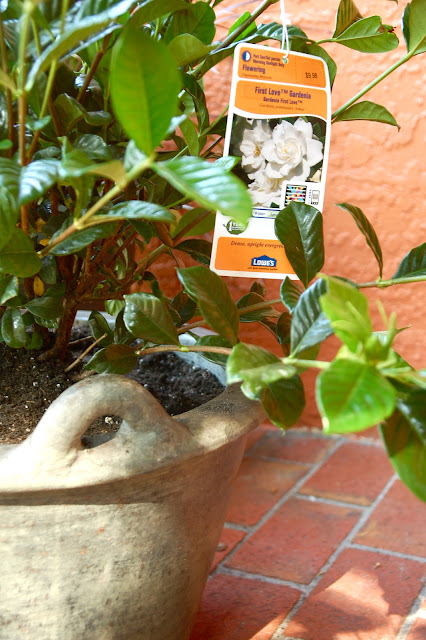 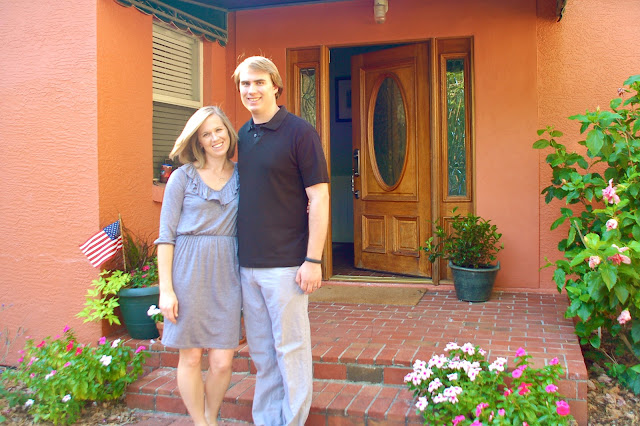 Sunday, May 13, 2012
Next up was Mother's Day- a day I love because I really love being a Mother! And I love that I get a day to celebrate that amazing blessing with my family! Poor Larry had graduate school classes all day that day- he only has class on Sunday the first weekend of the semester, and it happened to be on Mother's Day this time. I really felt bad for any mother's in his class! But he did manage to share some gifts with me before he left- it was the Day of Dresses! I love that my husband can shop for me. We talked about that with the whole clan later at dinner, and, I think, determined that Larry is the only husband that successfully shops for his wife. Not that that means anything bad about other guys; I'm just thankful and proud that he gets out there and tries- and does a great job! I like everything he got me, but, even though he got everything the same size, not everything fit. Which is ok too, because then I get some shopping time to exchange things! :) The dress I'm wearing below is one of my gifts- cute and comfy! We had dinner at Mom and Dad's that night with a large crew, and it was great! One of my Mother's Day gifts every year that I try to insist on is simply a picture with all of my babies- not always an easy task... I had no idea Rosemary was chewing on that thing the whole time till afterward. Oh well- the Mother's Day she was teething! 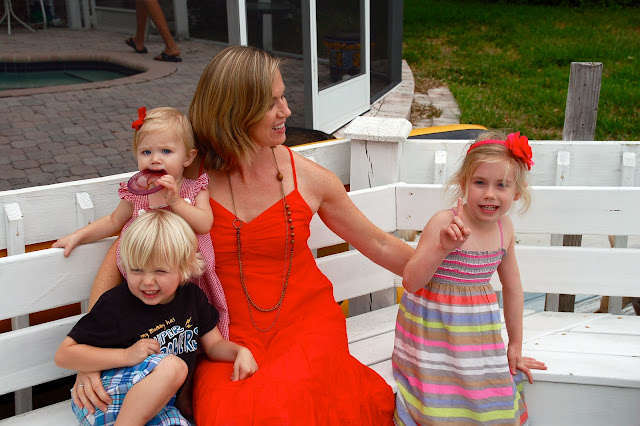 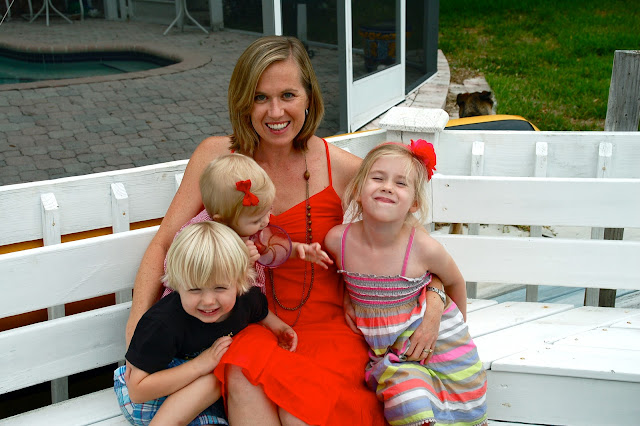 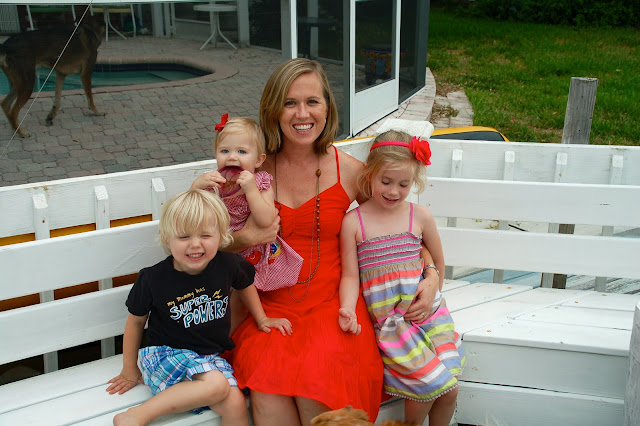 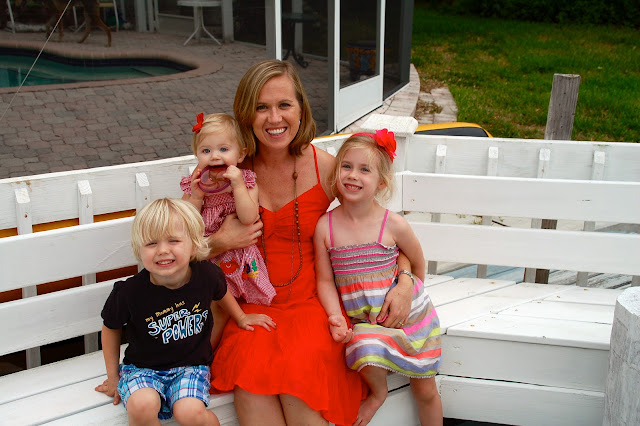 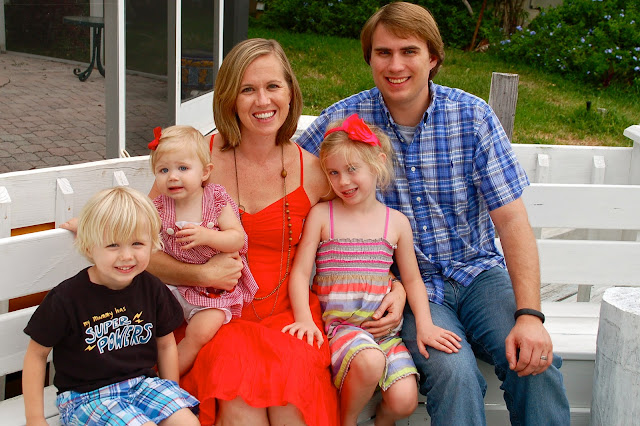 Wednesday, May 16, 2012
Last but not least- my 32nd Birthday! It was pretty much a normal day at home- take Georgia to school, Rosemary nap, lunch, pick Georgia up... The big kids had a dentist appointment, so Grandad watched Rosemary while I did that. Georgia does NOT like the dentist, by the way. Not even on Mommy's birthday. Not even with the promise of cake later. Sigh. But that night Grandad, Wes and Jen joined us for pizza (yea- no cooking!) and mint chocolate chip ice cream cake- YUM!! It had little green-icing flowers and oreo cookies on top and Lincoln said- "hmmm, broccoli and cookie cake. That's weird." But he was licking his plate later, so I guess weird isn't always bad! Ice cream cake always makes getting older seem better! :)
(No pictures- just trust me- or Trust YOU, as Georgia's been saying- she can't seem to get that right!- it was a fun birthday! :)

Another successful Trifecta! Thank you, my "First Love" :)
Posted by Kathryn at 3:16 PM

Glad you had a good trifecta. Your Mother's Day pictures turned out great! Have fun paddleboarding this weeekend. Miss y'all.
~Sandy~